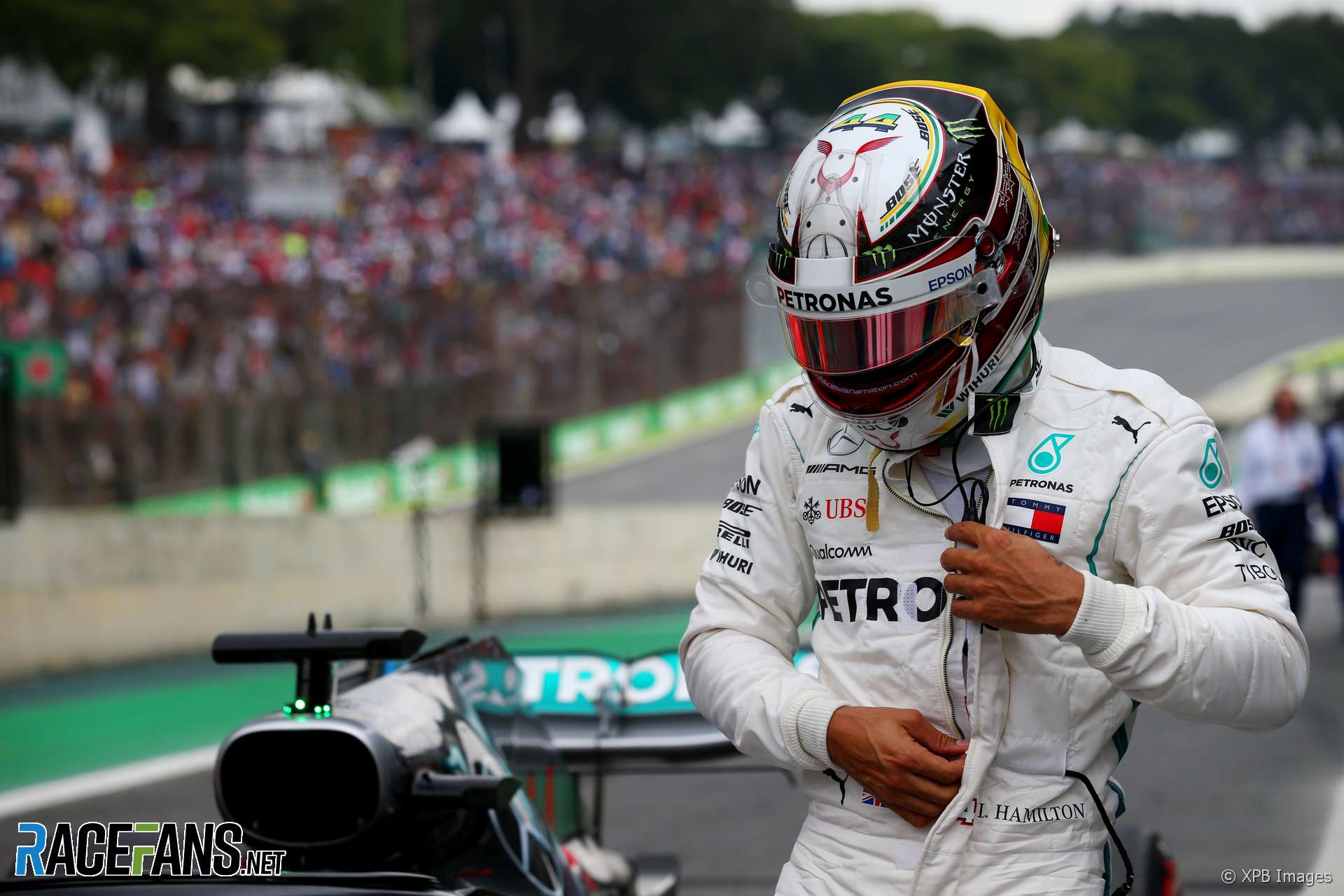 Williams driver Sergey Sirotkin says Lewis Hamilton did nothing wrong in the incident between the pair of them in qualifying for the Brazilian Grand Prix.

Sirotkin had to take evasive action when he moved to overtake Hamilton as both were preparing to begin laps during Q2. Sirotkin said he had to push harder than Hamilton on his out-lap because his tyres were more worn.

“The only tyres that I had were a scrubbed set from the end of Q1,” Sirotkin explained. “We didn’t have it in the blankets long enough so when I left the pits the tyres were minus 20 degrees [to target].

“So I had to push very hard all the way on my out-lap. I was really as quick as I had the grip for all the way around and I was still pushing all the way from turn 11.

“And then Lewis was there, he was obviously very slow, preparing his lap. Because I was coming so quickly I didn’t expect him to give me the room as we were both on out-laps and I had such a big speed difference between him that I just moved myself to the left, trying to get through. I think at the last minute he saw me and tried to move and I was like 200[kph] quicker than him on that point on the left so it was quite difficult to get around and avoid the contact.”

Sirotkin said he didn’t blame Hamilton for the near-miss. “I don’t think there is anything he did wrong, it [was] just the situation that I had to push, which is quite unusual for the out-lap. These things can happen.”

“We had a space behind. Behind him there was a bit of a space so ultimately his lap and my lap weren’t great from that so hopefully he can learn from it.”

“And for Lewis it was a misunderstanding, he tried to get out of the way whilst thinking that somebody was on a quick lap and wasn’t flagged to him. It could have ended up in an accident but it didn’t. So for me, a non-issue.”

30 comments on “Sirotkin says Hamilton did nothing wrong, Wolff calls incident a “non-issue””