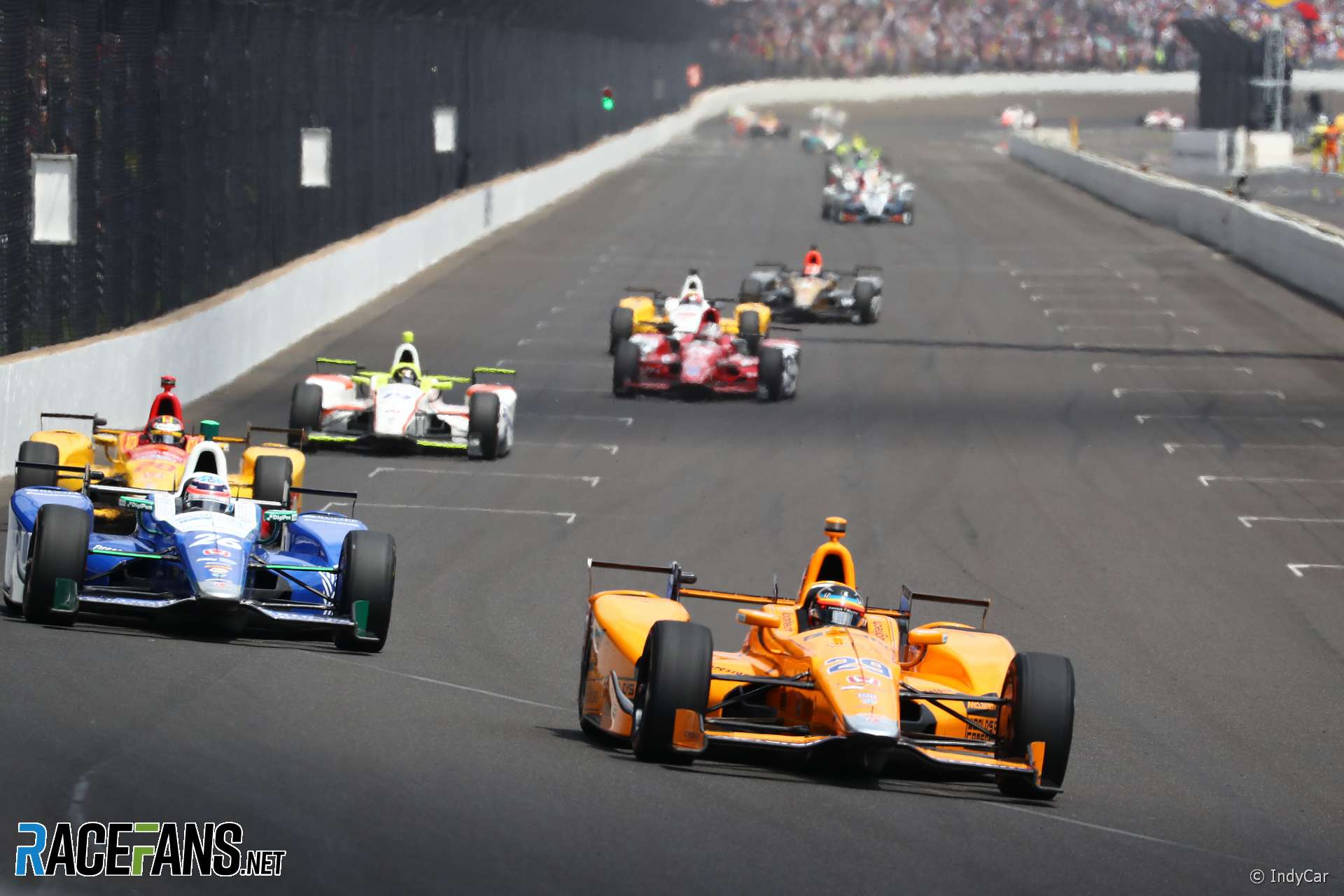 In the round-up: Fernando Alonso describes what makes the Indianapolis 500 special after confirming his return to the race next year.

Alonso is heading back to Indianapolis with a goal of completing a ‘triple crown’ of motorsport successes:

Well I think this is just about the event itself. It’s very special this race that is completely unpredictable and until the last 20 laps of the race. The whole game is about the 180 laps to be in a position to compete in the last 20. There are all the practice sessions all the qualifyings and the small details that you need to to fine-tune on the setup of the car at those are speeds.

And with 300,000 people watching you in the same place, the same day. So this is something that has no compare with any other race in motorsport. I witnessed that in 2017. [It was] still on my mind even this year when I was in Monaco as soon as I finished the Monaco race I switch on the computer and I watched the full 500.

And next year this opportunity comes again and that I cannot wait to be in Indianapolis once more.

Missed out on Q2 by 2 hundredths of a second, little annoying but that’s how it goes.. I also turned 29 today which too was a little annoying 😅 but thanks to everyone for the birthday wishes and STR for the cake 🎂
Starting from P16. Will do my best 👊 pic.twitter.com/M6zj6byzJA

This popped up in my FB memories from 2014. Time flies. A young F3 driver and his dad waiting to fly to Hong Kong for the #MacauGP. Now a multiple race winning F1 driver. #MaxVerstappen #Jostheboss pic.twitter.com/V5YVU6zPOe

So @alo_oficial has no worries about doing the #indy500 without Honda:

Q: If you use a Chevy engine will you have any concerns about competitiveness?
FA: No I think they won last year.
Q: Honda won last year.
FA: No. @12WillPower.
Q: Oh right, sorry, I was thinking of your year.

I was the winner of one of the @racefansdotnet predictions and just got my @F1 2018 @Codemasters dvd.

Thanks a lot guys ! pic.twitter.com/fnDlIdbjkI

"Unfortunately, in Q1 Brendon made a mistake locking up into Turn 8 and just missed the cut for Q2 by 0.016s, without that he would have made it comfortably through."

"I’m very disappointed. It was bad luck, I guess. We were on the track when it was raining the most on my two runs in Q2."

"We really struggled in Q1 where we had to use an extra set of tyres just to make Q2, which meant we only had used tyres when the track was getting better at the end of Q2 and we couldn’t improve."

"It was just a bad qualifying. It was a bit of everything - rain mistakes and not a good lap. It was frustrating as there was definitely a lot more in it."

From Rafael Nadal to Neymar: How Saudi Arabia is using the cover of sport to sanitise its image (The Independent)

I want to see the cars on the track with all of the racing and overtaking done on the track.

I always hated the refueling because it took the racing off the track and shifted it to the pit stops and I feel the tyres are now doing the same, putting too much focus and attention to the off track stuff with overtaking via the over/under-cut which is something i have never found all that interesting.

I preferred it back when you could run a race non stop as it put all of the focus on the racetrack and also put the incentive into trying to pass on the track as you didn’t have an over or undercut back then and races were far better as a result.

Races where tyres are a big factor with two or three stops and a lot of deg are often uninteresting as you don’t get any good fighting. It’s all done via the under-cut and at times the performance difference between different compounds or tyres of different wear doesn’t allow fighting as cars on older tyres or harder compounds often have nothing to fight with which makes for boring slam dunk easy passes that are as bad as the DRS.

I want to see competitive racing where defending is possible so that we get good drawn out fights over many laps which are always far better to watch than an easy tyre/DRS-generated highway pass.
PeterG

29 comments on “Alonso: No other race compares to the Indianapolis 500”