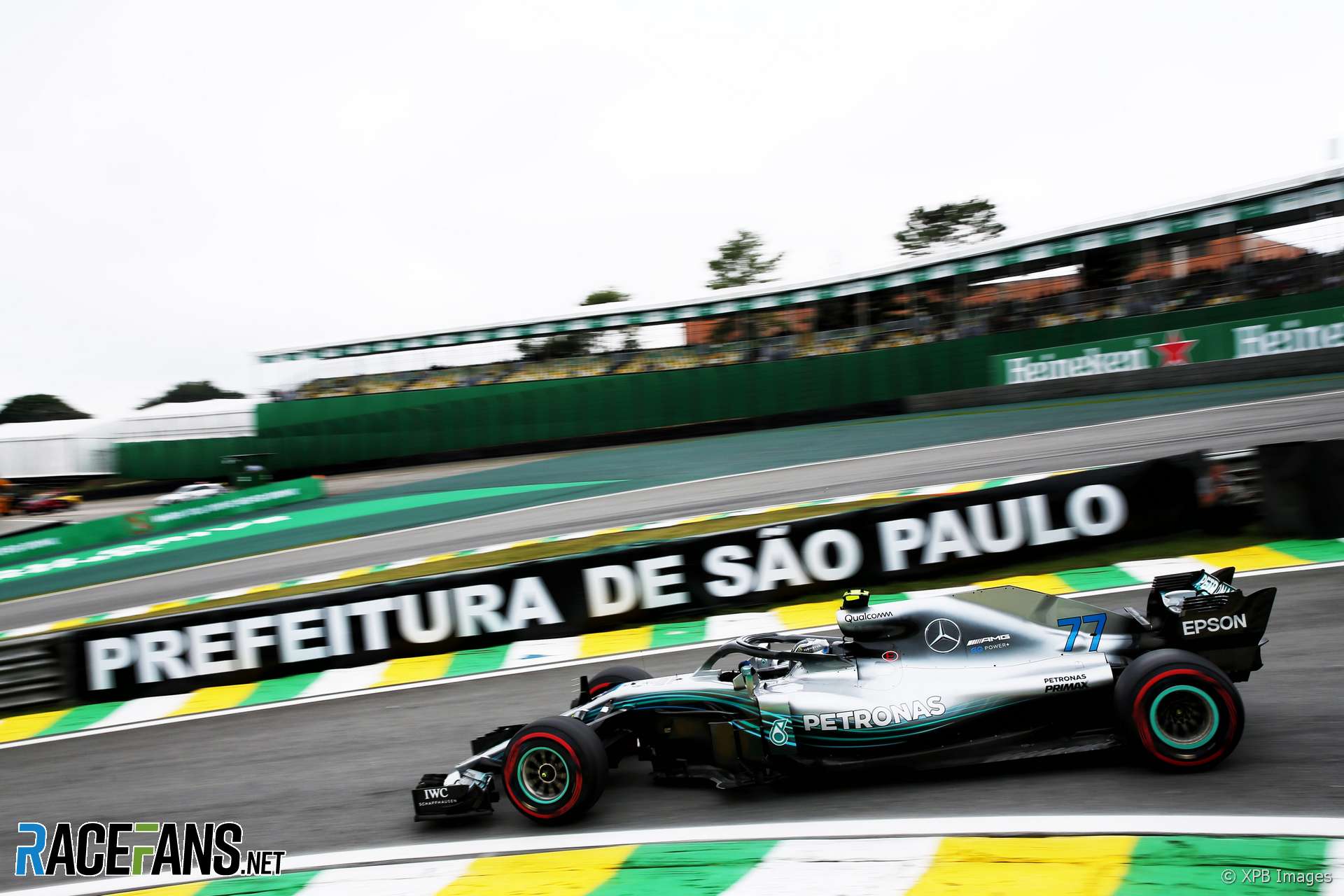 Valtteri Bottas says he could have taken pole position for the Brazilian Grand Prix if he’d had a tow on his final Q3 run.

“I’m not far away but here the margins are small,” said Bottas. “I knew this weekend I did have the pace to be on pole. I think it was there for me to grab but I couldn’t take it today.

“I was more than two tenths up in the second run but lost everything in the last corner on the back straight without any tow, so it was quite disappointing.”

Bottas was the first driver in the queue of cars during their final runs, meaning he did not have the benefit of a slipstream.

“I think at the beginning of the lap it was getting very good, then the middle of the lap was average and lost a tiny bit in the last corner.

“But the main time loss, I think it was more than a tenth, was just up the hill, just losing time on the straight. No drama, but definitely not a perfect lap but I think with a perfect lap pole would have been possible.”

Mercedes team principal Toto Wolff agreed Bottas potentially lost out through not having a slipstream.

“We see some advantages with a little bit of a tow,” he explained. “Disadvantages in some of the corners but both of them in their delta time lost about a tenth going out of the last corner up the hill.

“Maybe Valtteri being the first of them track not benefiting of anybody in front of him, might have lost a little bit more.”

15 comments on “Bottas: Lack of tow cost me shot at pole”