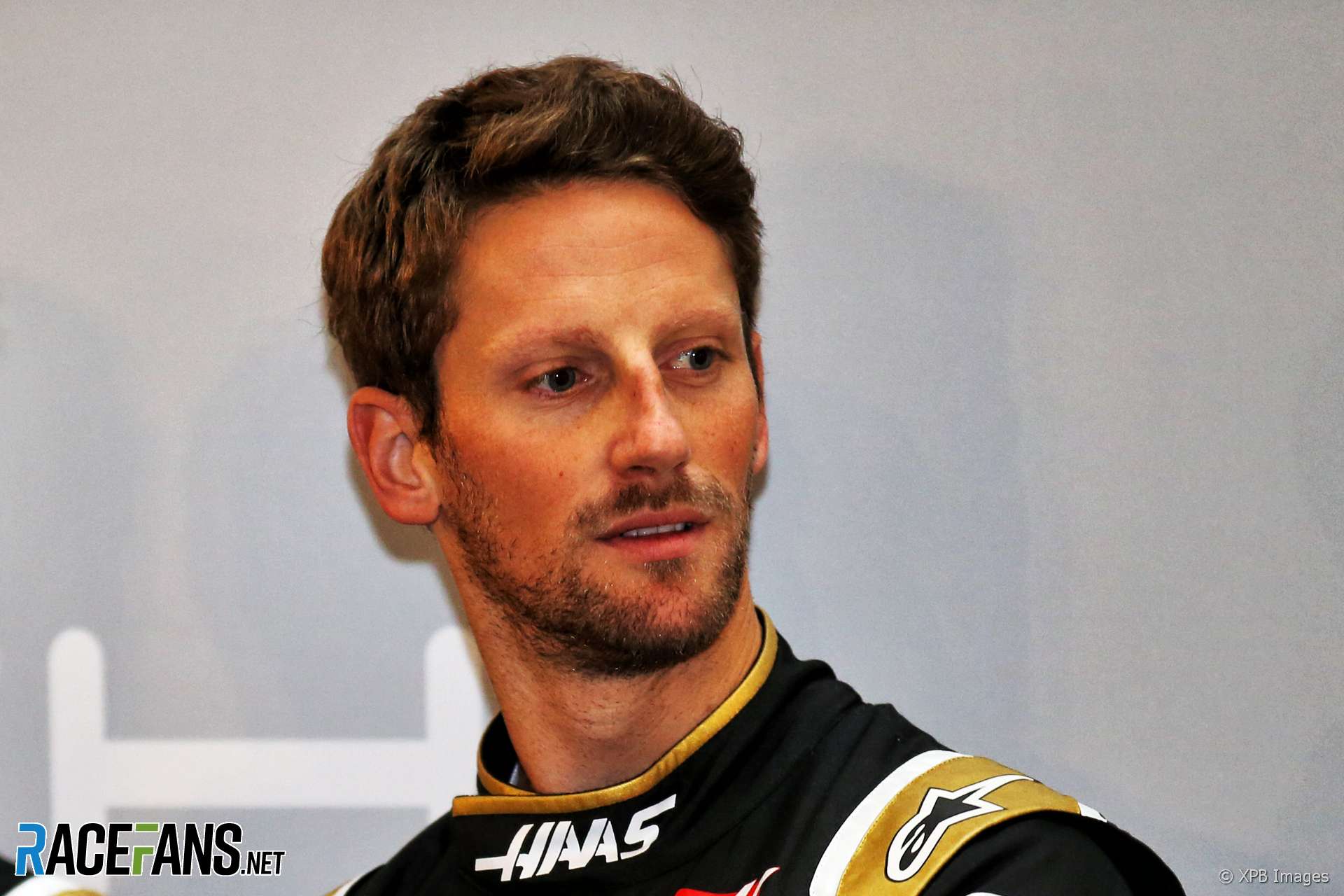 Romain Grosjean doubts anyone from outside Formula 1’s ‘big three’ teams will win a race before 2021.

Mercedes, Ferrari and Red Bull have won every race in the last five seasons. Speaking at the launch of Haas’s new livery in London on Thursday, Grosjean told RaceFans and other media that F1’s rules need to encourage greater competition for race victories.

“I think Formula 1 needs to get better at having more chances to win races,” said Grosjean. “I don’t think that’s going to be before 2021.

“If you look at the midfield race last year was quite exciting, a lot of changing of orders, and then there’s another race at the front. Ideally you would like as many teams as possible to be fighting for a win.”

“I think people like Gene would like to see that as well in Formula 1. What’s the point of coming just to be always behind the same ones? But at the minute I think it’s going to be the same thing.

“Ferrari’s announcing that they’re going to increase their budget for the year. Red Bull is saying that they spent a lot of money on the front wing. Mercedes has been working really hard as well.

“Don’t get me wrong, we haven’t been sleeping, but I think as long as there’s going to be so different resources between teams there’s always going to be a difference of development.”

Haas finished fifth in the championship last year but had the fourth-quickest car on average. Grosjean believes several of their midfield rivals could be stronger this year.

“I think the expectations are to try to do better than last year,” he said. “We set the bar quite high up last year with fifth. Obviously we want to keep an eye on fourth if it’s possible.

“The first indication is going to be how good the car is in Barcelona, and then how much development we can actually put on the car for the season. Again I’m not thinking we’re going to beat Red Bull, Ferrari or Mercedes this year.

“I think Renault could be strong, McLaren you never know, big team, could come back strong. We know that Racing Point, or Force India, or whatever it’s called are injecting a lot of money in the team. Toro Rosso also it’s probably going to very close with Red Bull in terms of technical partnership, they share the same engine. So yeah there’s a lot of people want to be best of the rest.”

19 comments on “Grosjean: No chance for outsiders to win before 2021”