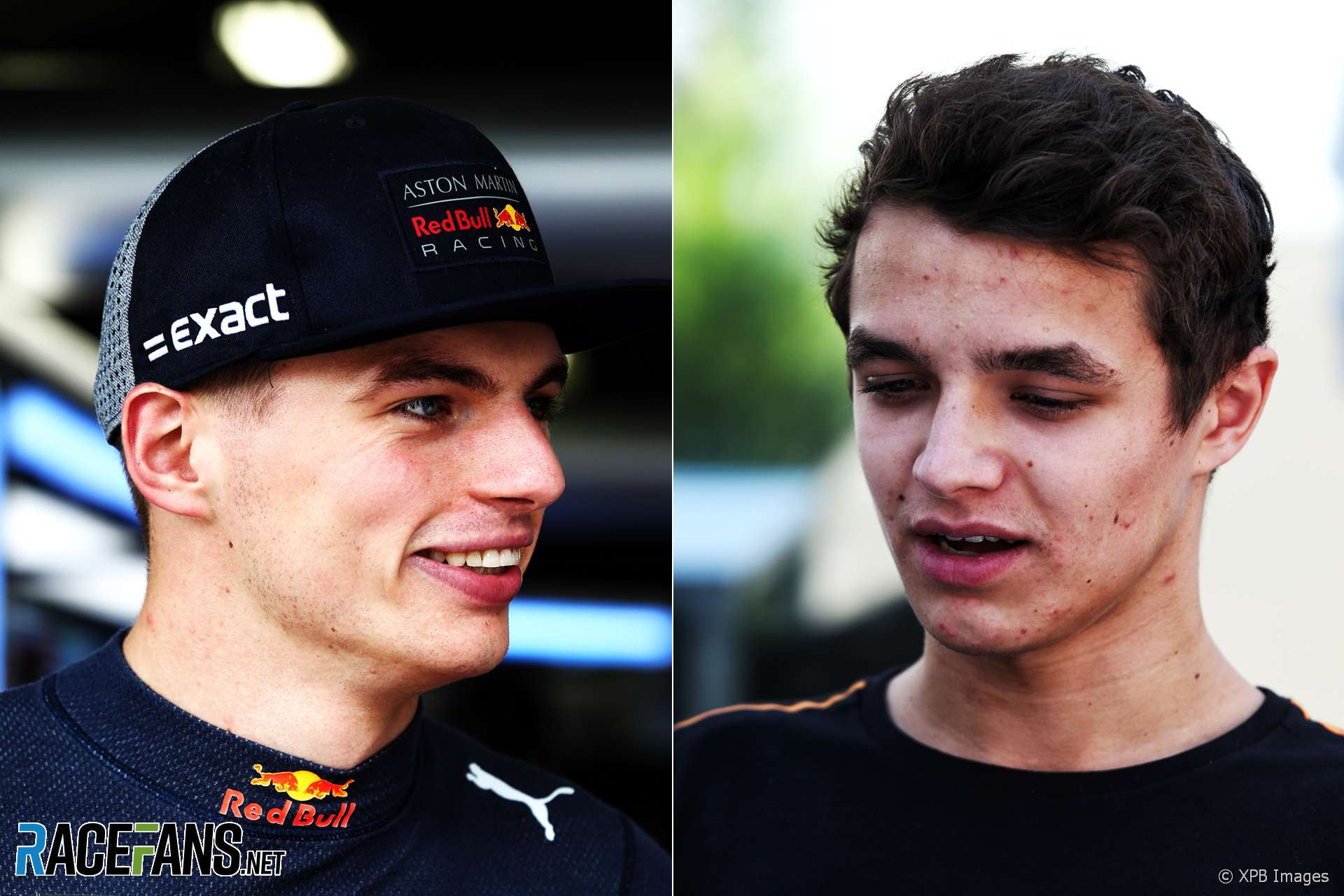 In the round-up: Max Verstappen and Formula 1 newcomer Lando Norris will share a car in the iRacing Bathurst 12 Hours with Team Redline team mates Nicky Catsburg and Atze Kerkhof.

Make sure you watch us try to survive the mountain this weekend! 👍 pic.twitter.com/d8YT30Q7Gk

Williams not waiting for 2021 changes (Racer)

"I don’t see why we aren’t able to fight back in that midfield and to fight for P4."

Verstappen will be compelling F1 watch, more so if engine can deliver (The Guardian)

Horner: "(Honda) have settled on a concept and, for the first time since their re-entry to F1, that has continued from one season to the next without it being a completely clean sheet of paper."

Qatar's beIN says it is not renewing F1 deal (Reuters)

"A rights holder’s stance on beoutQ’s piracy — in other words whether they’re taking legal action, making a public stand, and doing everything within their power to combat the industrial-scale theft of their rights — is a critical factor that we’re now considering when bidding."

"What Honda thinks is we want to burn all of those grey areas. We want them to stop - no grey areas is our hope."

"Unfortunately, the (1995) car is remembered more for Nigel Mansell’s struggle to squeeze his somewhat portly frame into the cockpit, than for on-track success."

Hamilton’s performance last season should have won over his doubters, reckons Matteo:

Once a champion like Hamilton retires, people rooting for his opponents can start letting go their feelings and truly see him as the star he was.

That being said, if someone who follows F1 can’t admit after 2018 season how strong as a driver he is, that person won’t be able to admit it even when he’ll retire. I was one of those that until the first 2018 races considered Hamilton one of the best drivers but also a lucky one and a bit overrated. I changed my mind after the impressive work he did after.
Matteo (@M-bagattini)