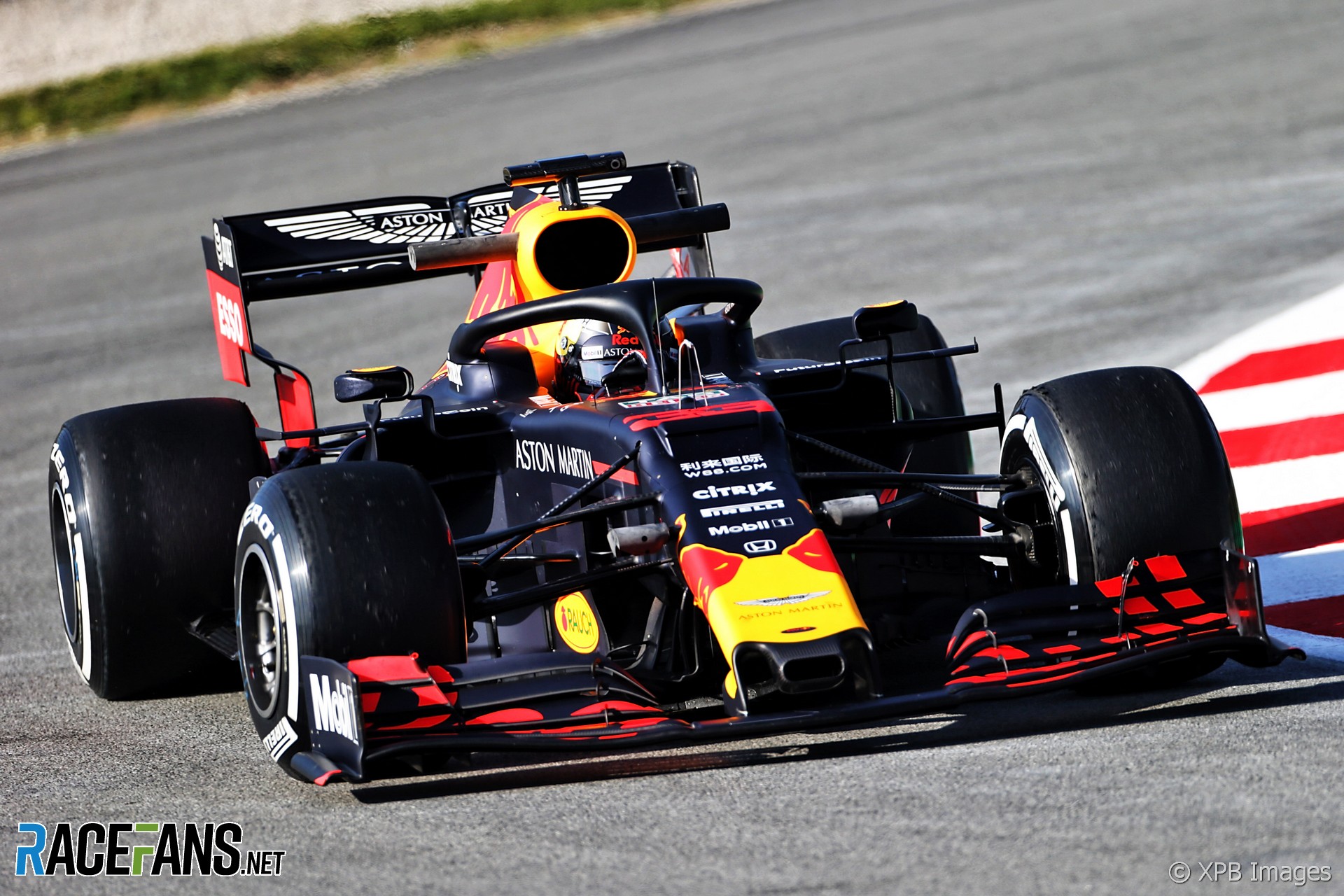 After 11 years with Renault, Red Bull has made the jump to Honda power this season.

Aware that this is not without its risks, the team’s work over the winter has been to integrate the Honda power unit into the Red Bull chassis, while simultaneously developing the chassis to overcome a likely power deficit in order to beat Mercedes and Ferrari.

The resulting RB15 is a design that seeks to beat the new regulations and hides some rear end packaging, secrets that might be a significant step forward for the team.

New regulations notwithstanding, the biggest change for Red Bull this year is its power unit. Moving away from Renault for the first time since 2007 and switching to Honda has a huge impact on the car and team, albeit a headache eased by Toro Rosso running the Honda power unit throughout 2018.

Although the regulations are supposed to make switching power unit easier with fixed positions for engine mounts crankshaft height and other ancillaries, the fact is this will be a complete re-design of the rear end for Red Bull. A task made slightly more complicated as the Honda power unit is laid out differently to the Renault.

Then there’s the myriad of other changes to package the power unit’s cooling, battery, electronics and auxiliary systems. Not to mention the huge job of the software control code to operate the engine and hybrid strategies in cooperation with Honda.

Honda’s power unit was improving last season in terms of power output and reliability, there are claims of big steps over the winter with the development of the new 2019 version. Yet there remain doubts that the Honda package will be on par with Mercedes and Ferrari, which is what Red Bull need to mount a serious challenge this year.

Red Bull have managed with a relatively underpowered Renault engine for many years, even before the introduction of V6 hybrid turbos in 2014, but Honda’s reliability may be more important for the team this year. It’s clear Red Bull have a chassis good enough to be competitive with less power than its rivals. However losing points finishes with retirements could do more to wreck its season than a little extra power. Its likely this will be the critical factor for the pairing this season.

Inside the duct formed in the nose tip, small angled fins meet the wording of the single open-section rules required for the nose cone. Having air flow through the nose tip helps the airflow under the nose, as the air gets squeezed through the gap between the nose and the front wing, plus the underside of the nose rises up steeply, which gives rise to issues of the airflow staying attached to the nose’s under-surface.

Further aiding this airflow issue is the S-duct, now adopted by most teams, which is another means to clean up this area. A typical S-duct will have inlets under the nose which are ducted to an outlet above where the nose meets the monocoque. The inlets split the turbulent air, sending it through the duct, leaving clean air to pass along the nose’s underside towards the turning vanes. The outlet works by being in a low-pressure region, encouraging airflow through the inlets/duct and the airflow which then passes over the top of the chassis, which is a less sensitive area aerodynamically.

Red Bull’s 2019 trick to add the to S-duct effect is a small flap over the duct’s outlet. What looks like a letterbox opening is the flap: This creates lower pressure over the S-duct outlet, pulling more air through the duct for a stronger effect. Bodywork like this is legal in that area, so there are no questions of illegality. It’s a simple concept for other S-duct equipped teams to model and copy, so we might see more of these S-duct flaps later in the year.

At the start of the 2017 season, which was the first to allow complex bargeboards, Red Bull were slow to take advantage of this area. By the end of 2018, they were far more complex, albeit not to the extent of teams such as Mercedes.

For this season new rules restrict the height of these bargeboards. This hasn’t been done to limit aero performance, but to open up the side of the chassis for more sponsor logos! So it’s good to see Red Bull exploit the smaller volume allowed for bargeboards this year.

Firstly, the lack of height limits the placement of what’s known as the ‘boomerang’ a sloping wing-like arm, which was mounted much higher last year and used to create downwash to direct airflow towards the sidepod’s undercut. Most teams have discarded the boomerang concept with the new rules, but the RB15 still sports a boomerang, but mounted lower, still producing some of the benefit of the higher version.

Another workaround to the bargeboard height regulations is the top of the main bargeboard panel. A section of the bargeboard is clearly above the maximum height, this is legal as the rules are slightly more complex than stating “bargeboards must be lower”, rather the rules set out a specific area for the bargeboard bodywork to sit within, this volume does not quite meet the chassis sides, so bodywork very close to the chassis can indeed be much higher. In this position the top surface is again less aerodynamically effective, but still a useful trick to employ.

From the bulky 2014 car, the Renault power unit and Red Bull cooling package have evolved massively. Thus, the RB15 is yet another step forward in sculpted sidepods. Retaining its own variation on the Ferrari high-top sidepod design, the inlet has been squeezed into a shallower shape to further increase the size of the undercut below.

Rear shots of the Red Bull reveal further secrets of its rear end, also adopted by Toro Rosso, which may be a hint to some clever packaging at the rear.

Both the gearbox and suspension can be adapted to aid the aerodynamics, both clearing the obstruction to the diffuser and working with the rear wing. It appears that the RB15’s rear wishbones slope down from the gearbox to the wheels, this is an unusual geometry, teams often prefer to the keep the wishbones sloping upwards or to keep the top wishbone horizontal. Given that the suspension mounting to the upright merging from within the rear wheel are at a typical height, this suggests that the inner mounts at the gearbox are very high.

Additionally, the driveshafts are also at this same sloped angle, its clearly visible that the differential is also mounted very high relative to the floor, with the highly raked Red Bull running some 13-15cm rear ride height, places the differential way higher than would be desired in a race car, from a CofG or angularity point of view.

This unusual geometry could be related to tyre management, but its far more likely that it’s to do with aero. One explanation could be the position of the wishbones places them in a better orientation with the rear brake ducts and rear wing airflow, but this seems unlikely given the biggest change is on the inner mounting points. Perhaps the biggest clue is the raising of the differential, this opens up the space below the gearbox for airflow from the sidepods to pass over the diffuser. Teams have been doing this for the past few seasons, cantilevering the gearbox clear of the floor for the aero effect. It’s possible that Red Bull have also repackaged the gear cluster to further lift the gearbox case away from the floor.

There’s a centre of gravity height issue related to this change, but one that might be overcome by the improved aero. But, a major reworking of this area, working in conjunction with the new sidepods, might be the step Red Bull need to keep on terms with its more powerful rivals.