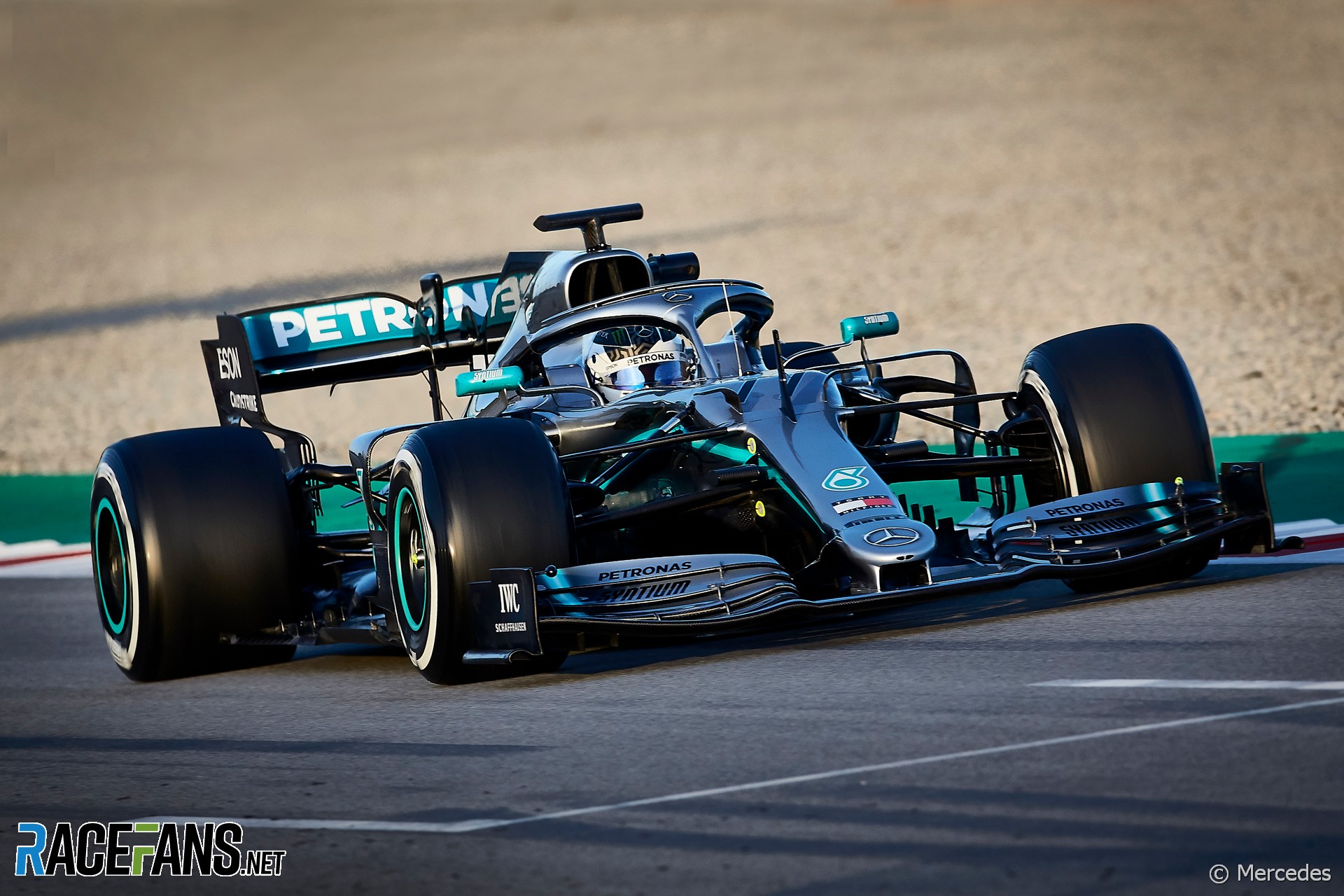 Valtteri Bottas believes the increased power of the Drag Reduction System this year will have more of an effect on racing than changes to the front wings.

The new front wing rules introduced for the 2019 F1 season are intended to allow cars to follow more closely. But rear wing dimensions have also been increased, making DRS more powerful, which Bottas believes is having a more significant effect.

Bottas was asked during last week’s test whether he’d tried running close to another car to assess the difference the new wings are making. “I’ve only been following like properly maybe one lap around and behind only one car not multiple cars,” he said.

“So while I felt it felt a bit better, a bit easier to follow, you still do feel that effect of losing downforce because the cars do have a lot of downforce. No matter what when you’re in turbulent air you lose the downforce, even though the front wing is more simple.

“But I feel it’s a bit better – it just felt a bit more consistent. Like the car felt predictable still following other car. So I think that’s good.”

However Bottas said he noticed a bigger difference from the larger DRS flap.

“The bigger effect is the maybe the DRS and the cars being more draggy, more tow effect on the straights. So for sure it’s going in the right direction. It’ll be easier to pass if you have the pace.”