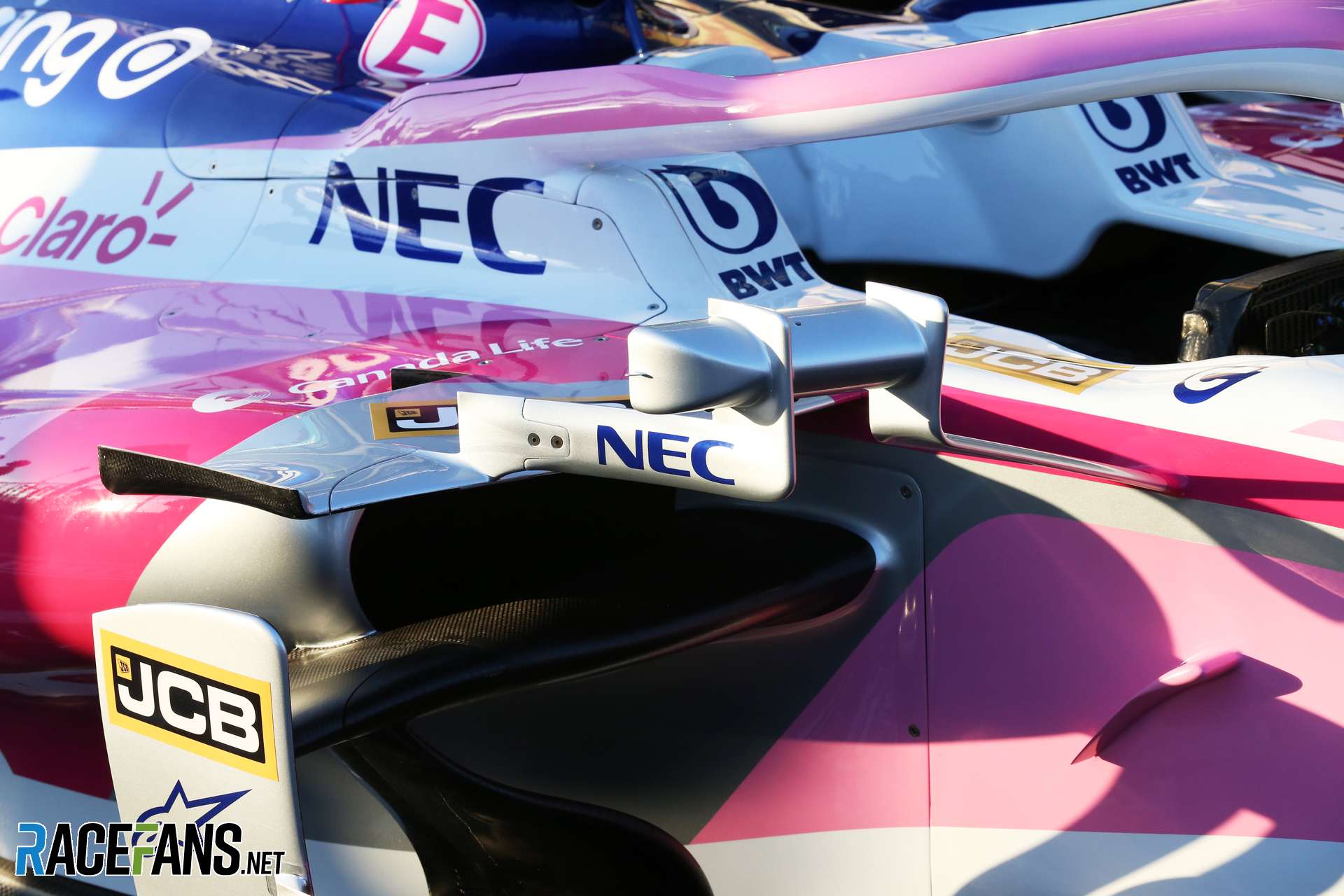 All teams bring a wealth of upgrades to the first race of the year. But Racing Point have had to go a step further for the start of the 2019 F1 season, as they completed testing with just a basic aerodynamic package.

This was due to the team’s winter development period being taken up with modifying their 2018 tub for the intended aero package, which the team held back on introducing until the first race. The aggressive design has now been revealed in Melbourne ahead of this weekend’s Australian Grand Prix.

Under new ownership and with greater investment, the team now known as Racing Point still had to manage their resources to prepare for 2019. The pragmatic option of modifying the 2018 monocoque for the revised front suspension and sidepod package was taken. Then, rather than produce the definitive aero package for testing, it was held back for Melbourne. So, it’s only now we see what Racing Point intended as its response to the new aero rules.

Most of the changes are around the bargeboards and sidepods. The high-mounted front suspension and high-top sidepods were already modified for the Barcelona tests.

The RP19’s bargeboards follow the same basic layout as the testing version, though there is now a boomerang wing fitted above the main boards. New rules for 2019 means this part must be mounted lower than in 2018. It helps push airflow down low around the sidepod.

Detail changes to the slots and spikes forming the upper and lower edges of the bargeboard package have been made, with bigger changes to the vertical vanes to the side of the sidepod inlet.

The sidepod inlet itself still follows a Red Bull-like interpretation of the Ferrari high-top sidepod. This was a design the team were unable to fit into to its 2018 car, as work to incorporate the Halo had to take priority.

Now the inlet is surrounded three large vanes, over the double-vane set up for Barcelona. These will work with the revised bargeboards to push the airflow down along the sides of the car, feeding clean airflow to the floor and pushing the front tyre’s turbulence outboard of the rear tyre.

At this stage the floor edge and diffuser appear to be the same as the Barcelona spec, but will be a key area for subsequent modification.

2019’s main aero loophole is using the revised mirror rules for aero benefit. So the team which used as many as three mirror mounts for aero gain last year have pushed this area as far as it’s likely to remain legal.

New rules demanding no more than one inner and one lower mounting have been stretched with Racing Point’s Melbourne spec. An elongated mirror pod is supported by two large vanes, one enclosing the inner face of the pod and then another dissecting the mirror pod about two thirds along its length. These fulfil the wording of the regulation, but their oversized dimensions suggest that they are not simply for the structural support of the mirror but for aero gain.

Fewer changes appear to be made around the front end of the car, with the ducted nose, front wing and its endplates similar to the testing variants. Although the front brake ducts do show some clever detailing.

Rules that were supposed to clean up the inner face of the brake duct included a loophole that allows vanes to be added. Racing Point have exploited this below the main cooling inlet, where there is a recess that has a vane moulded into it to direct airflow down around the tyre. These vanes, which are exploited in similar ways by many other teams, aren’t as effective as the freer regulations of last season, but with simpler front wings and brake ducts this year, any small add-on is useful.

Racing Point will continue to catch up on its aero programme over the opening flyaway races, through the course of the full season, this small delay to its programme shouldn’t have a significant effect.