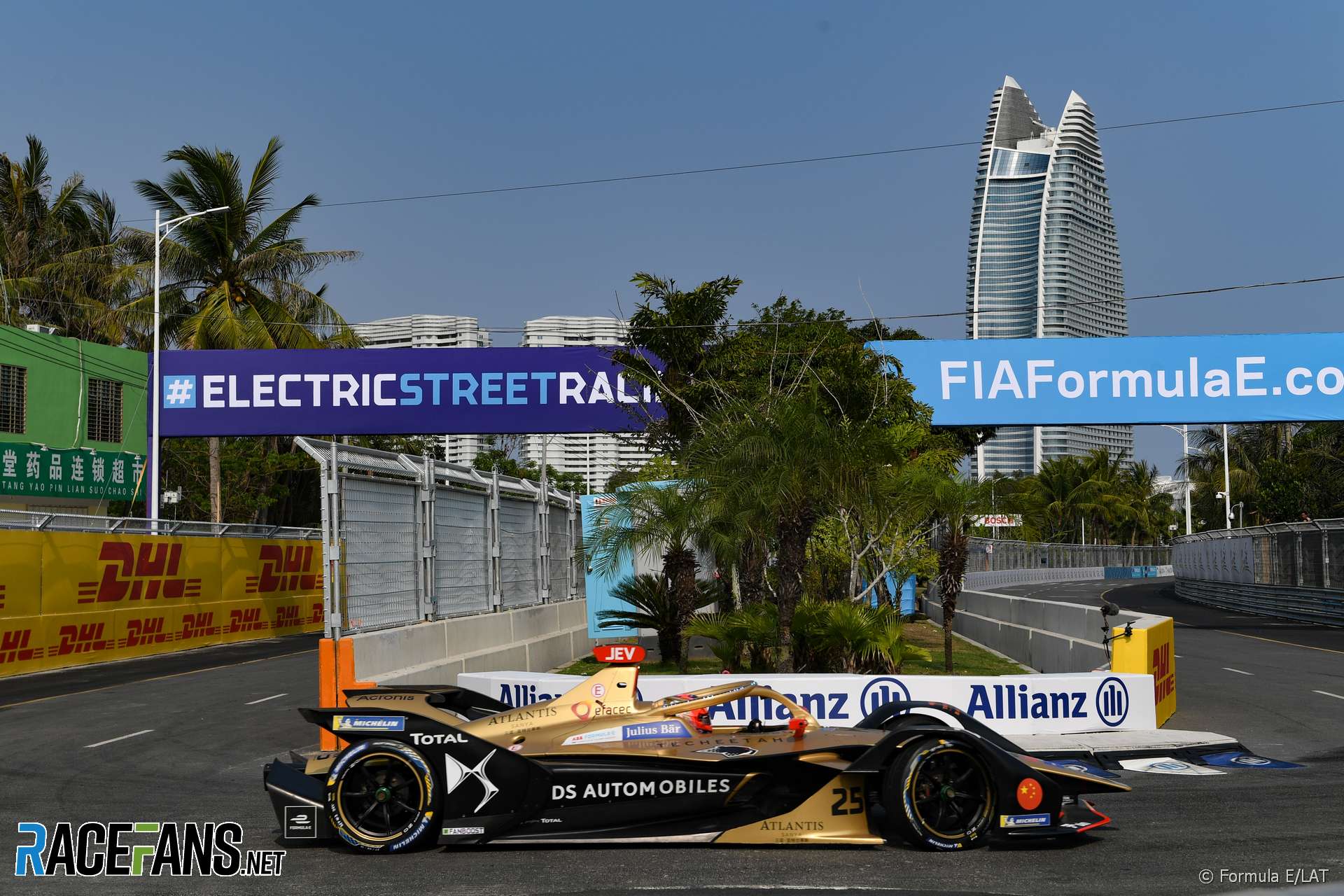 The reigning champion hit the front after overtaking pole-sitter Oliver Rowland on lap 19 of the race. Rowland tangled with Antonio Felix da Costa on the following lap, and though the Nissan EDams driver went on to finish second the pair are under investigation for the collision.

Vergne held his advantage through another lively Formula E encounter, which began with a first-lap full-course yellow when Felipe Nasr failed to get away from the line. Proceedings were red-flagged for a quarter of an hour when Alexander Sims hit the wall

The race ended under another full-course caution which was triggered when Sebastian Buemi tangled with Robin Frijns. Buemi, who was fastest in qualifying, lost pole position and had to start from the pits after violating Formula E’s braking rules. Having fought his way to the points places the tangle with Frijns ended his good work.

It sent Frijns’ car ploughing into Lucas di Grassi’s Abt Audi machine. Di Grassi, who had repeatedly failed in his attempts to trigger his Attack Mode, was eliminated from his points position on the penultimate lap.

Like his team mate, Andre Lotterer escaped sanction for an investigation and came fourth ahead of Daniel Abt. Buemi claimed sixth ahead of Jerome d’Ambrosio, Pascal Wehrlein, Mitch Evans and Edoardo Mortara. Sam Bird, who arrived in China as the points leader, was taken out on the first lap by Stoffel Vandoorne.

17 comments on “Vergne wins in Sanya after investigation”