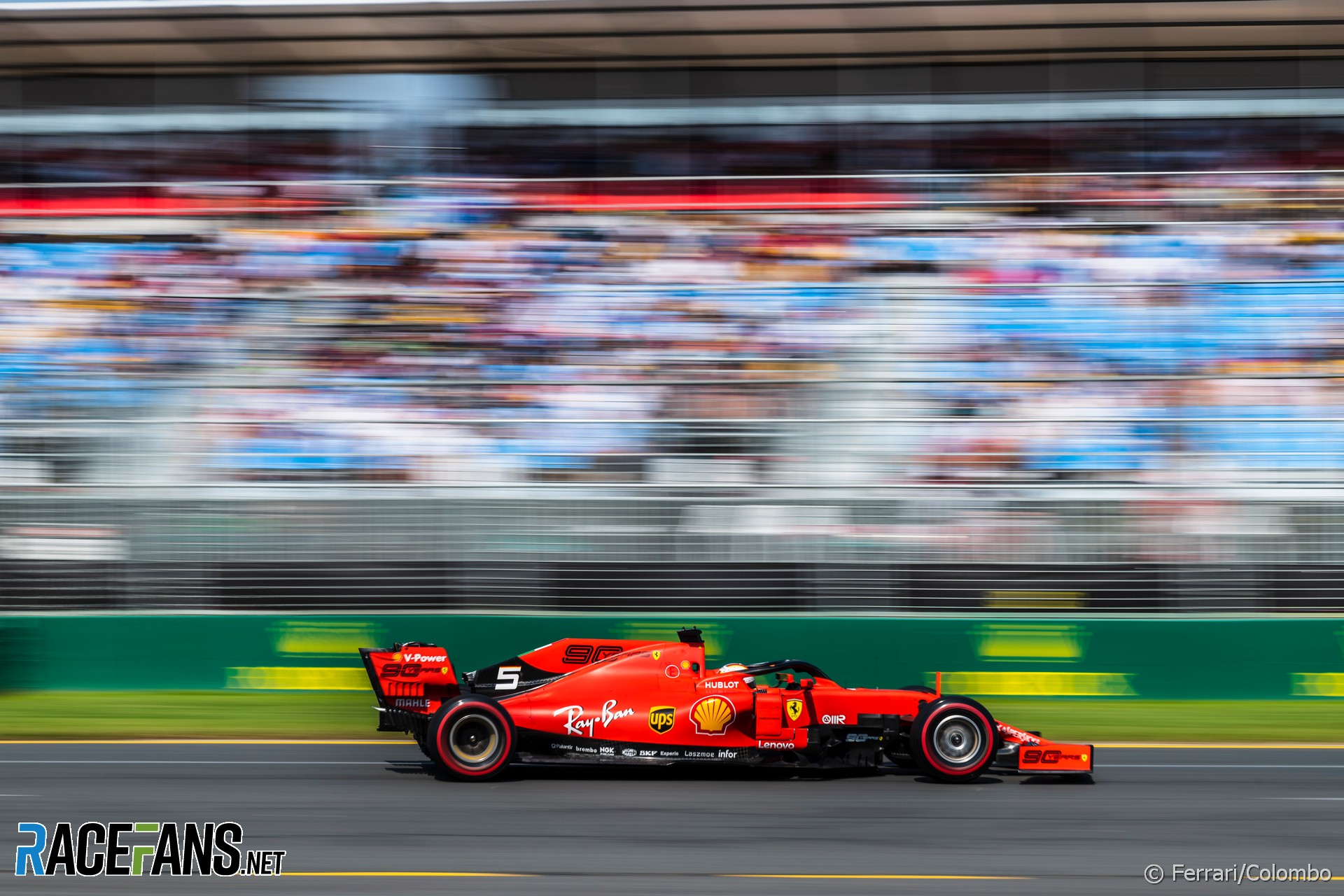 Mercedes ran away with victory in Australia, but can Ferrari take the fight to them in the Bahrain Grand Prix?

And who else needs to up their game after a disappointing start to the 2019 F1 season?

Can Ferrari fight back?

In the space of one month Sebastian Vettel went from love at first sight with his Ferrari SF90 – “very close to perfection” he claimed after the first day of testing – to finishing almost a minute behind the race winner in the season-opening race.

No way can that be a realistic reflection of where Ferrari really are. Certainly Mercedes made timely steps with their W10 and unleashed more of its performance in Melbourne. But the prevailing view that Ferrari made a mis-step with its set-up, and erred on the conservative side with its power unit, is persuasive.

Two weeks on, the key question for Ferrari, and for the state of this year’s championship fight, is how much progress they have made in addressing those shortcomings. On paper Bahrain, scene of victories for Vettel on F1’s last two visits, looks like a venue which should play to their strengths.

Is this really a ‘new Bottas’?

Is Lewis Hamilton is hoping Ferrari’s pace in Melbourne was a one-off, he might not be feeling the same way about his team mate. Valtteri Bottas was a genuine threat in qualifying and won the race to turn one; after that Hamilton’s floor damage meant it wasn’t a straight fight.

It’s too soon for Hamilton to start chewing his fingernails and dreading that things are all going a bit 2016 again. Nonetheless, he will be keen to lay all the talk of ‘Bottas 2.0’ to rest and to so at a track where, unusually, he hasn’t won for four years.

While Ricciardo and Kubica could reasonably be considered the architect of their own demises, Sainz ticked off half a season’s worth of misfortune in one weekend: engine glitch in qualifying; baulked by Kubica; MGU-K failure in the race.

Bahrain, much less an ‘outlier’ track then Melbourne, offers a chance for a reset, to begin the season they all ‘should have’ begun last time out. But which has it in them to change the narrative?

What did Liberty Media present to the 10 teams in London yesterday to woo them into signing up for more years of F1 fun from 2021 and beyond?

As RaceFans reported yesterday, the relevant parties are sworn to secrecy for now, but perhaps some details will slip out over the coming weekend.

There was something slightly retro about the way Ferrari and McLaren quietly disguised the slogans of their tobacco-producing sponsors Philip Morris International and British American Tobacco (respectively) in Australia. Both ‘Mission Winnow’ and ‘A Better Tomorrow’ will be back this weekend, though you have to wonder how much longer it will be before another country raises questions about how they satisfy laws against tobacco advertising and they disappear again.

Formula 1’s presence in Bahrain remains controversial given the government’s stance on human rights. The race was cancelled in 2011 after the government brutally suppressed a pro-democracy protest. This year the case of footballer Hakeem al-Araibi has thrown new focus onto F1’s presence in the country.

Al-Araibi publicly supported the protests and, he claims, was subsequently imprisoned and tortured in Bahrain. He fled to Australia but was later arrested in Bangkok where the Thai authorities claimed he was subject to an extradition request by the Bahrainis. This was disputed, and Al-Araibi was released 76 days later, following lobbying by human rights groups and athletes’ associations.

Following his relief Al-Araibi turned his attention to, among others, Formula 1. “Activist Najah Yusuf was harshly interrogated, threatened, physically abused and sexually assaulted for speaking against the Bahrain Grand Prix two years ago,” he wrote last month. “Formula 1 has never called for her release.”

Formula 1 claims it has raised concerns over Yusuf’s treatment with the Bahrainis, who in return denied any connection between her case and the grand prix.