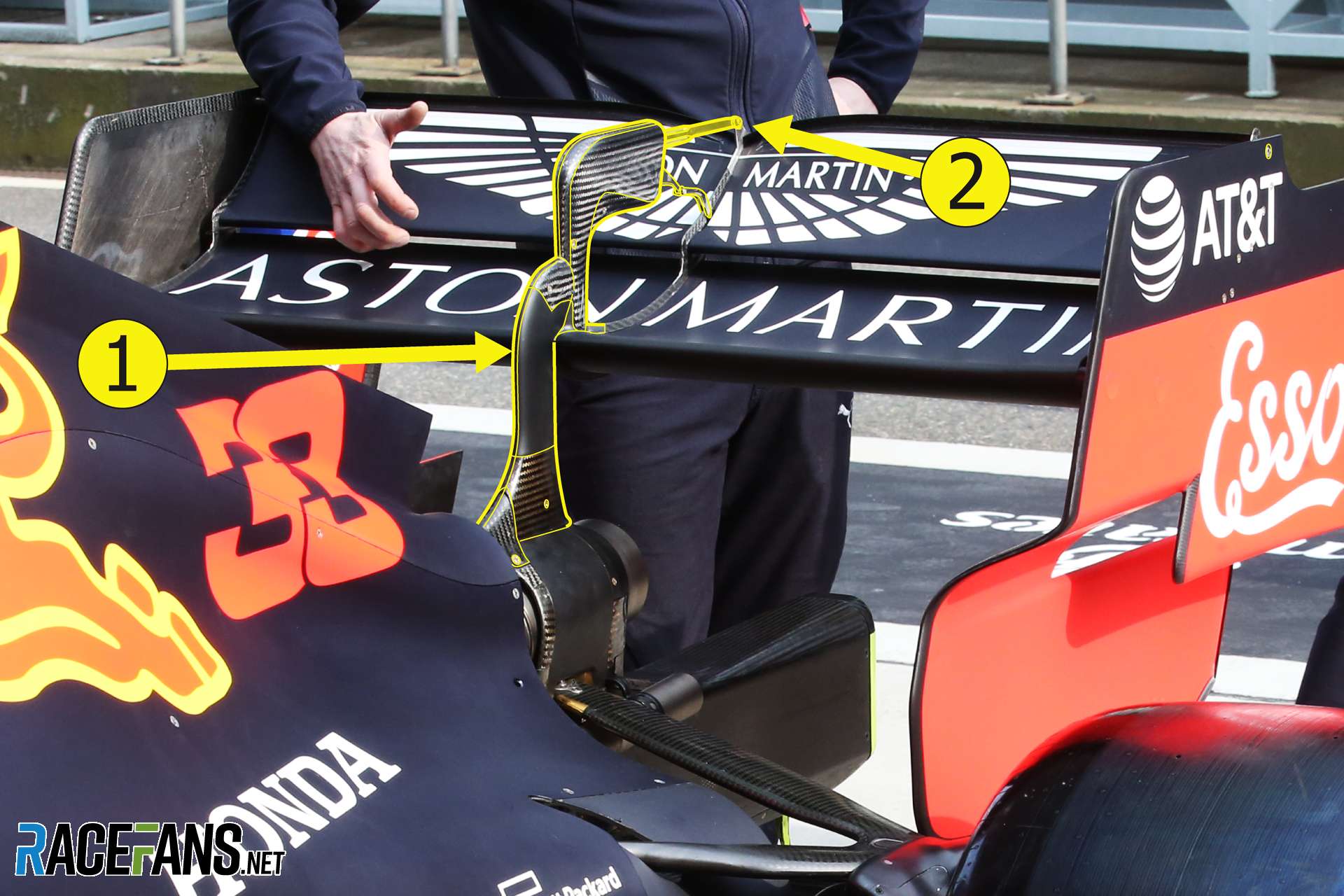 Red Bull made a clear step forward with its RB15 in China.

The team corrected a fundamental set-up error with its car after Bahrain. This was believed to be related to the incorrect installation of a sensor, which meant Max Verstappen and Pierre Gasly’s cars were not running the configuration the team believed they were.

The post-race test in Bahrain helped the team solve the error. “The chassis’s getting into a much happier place now,” Christian Horner told media including RaceFans following yesterday’s race.

“It’s been a positive weekend. We had a very good test after Bahrain where we understood some of our issues and we’ve gone some way to addressing them. There’s still some progress to be made but we’re on the right path.”

“We were definitely more competitive this weekend,” he added. “You look on the overlays, particularly sector one, sector two we were in good shape. Sector three we’ve got some work to do but I think we’ve got some upgrades and so on coming soon that will help with that.”

Verstappen qualified just over half a second slower than the quickest car, a considerable improvement on the team’s performance in the first two races (see graph above). As Horner notes he lost most of that time in the final sector, which includes the 1.4-kilometre blast towards turn 14.

As well as fixing the sensor problem, Red Bull had to make the same tweak to their front wing for legality reasons as Mercedes. Unlike their silver rivals, Red Bull were able to do this before arriving at the track.

The team reverted to a pre-season design for its front wing endplate. In Melbourne Red Bull brought a revised endplate with a cut out in the top rear corner (1). As with Mercedes this exposes the wing tip (2) for a greater outwash effect.

In China the endplate was closed and the wing tip joins the top edge of the endplate. This creates a stronger tip vortex, as the pressure building up on the wing is retained by the enclosed endplate, then it will still create an outwash effect as the tip vortex spills over the endplate, but the path of the vortex will pass higher and closer around the front tyre.

Two rear wing specifications were available, being of higher downforce or lower drag specification. The difference in lift/drag ratio being achieved with the angle of attack being either from deeper or shallower wing profiles.

The different wing profiles required different mounting pylons. The deeper higher downforce/higher drag wing had a new DRS pod, albeit having been tested pre-season. Red Bull continue to use a single pylon (1) over the exhaust and supporting the middle of the wing, while many other teams adopt a double pylon arrangement.

Both have advantages and disadvantages, Red Bull’s single pylon is lighter, with less obstruction to the airflow, but a greater negative effect as it joins the rear wing which can upset the smooth airflow under the wing.

What’s interesting about this support pylon is the DRS follows a Toro Rosso trick where it has an extension (2) to support and pivot the rear wing flap for when DRS is activated. With larger more powerful wings and a greater DRS opening this season, there is greater air pressure on the flap and pivoting in three places reduces the structural load on the wing and makes it less likely to bend and bind on its pivots when DRS opens it. With the better support the flap can also be made lighter as it needs to be less stiff.

While the long straights of Baku may not flatter the RB15 when the team arrives for the Azerbaijani Grand Prix, their performance in China will give the team confidence they can now compete with Mercedes and Ferrari on more typical tracks.