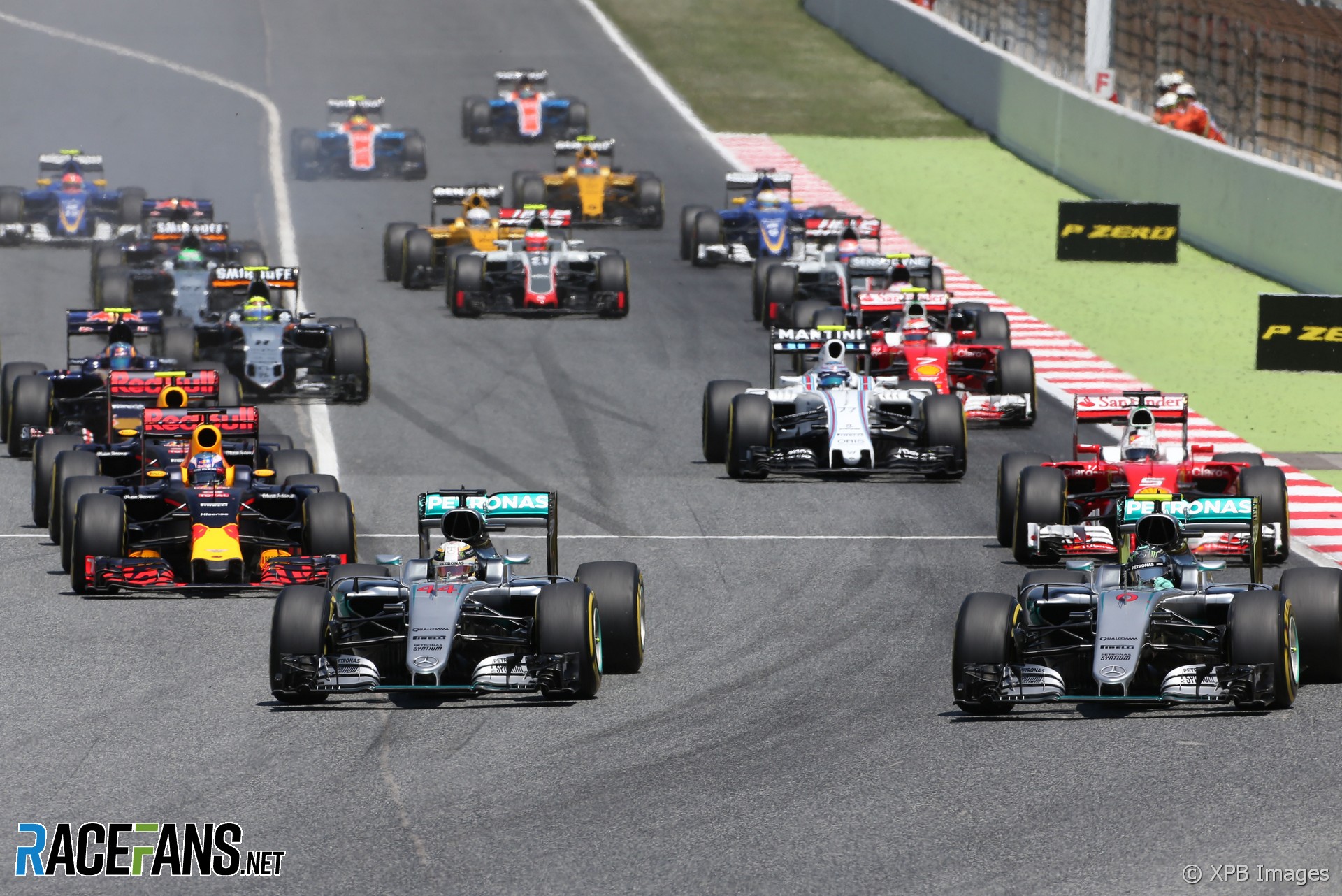 In the round-up: Mercedes team principal Toto Wolff does not expect a repeat of the first-lap collision which put both Mercedes drivers out at the start of the 2016 Spanish Grand Prix.

Valtteri Bottas and Lewis Hamilton share the front row of the grid for today’s race but Wolff believes they will give each other more respect than Hamilton and Nico Rosberg did three years ago.

Everybody knows that lap one is very important in Barcelona, it can be race-decisive. But the two have been so respectful with each other on and off-track that we are in a very different place than we were in 2016.

We completely acknowledge that there is rivalry between the two of them and that rivalry will intensify the longer the championship goes if it is between them and this is just something we must address in a transparent way. Like on any other given Sunday we will chat [in the] morning and chat about scenarios, play a few videos.

They know, Lewis has been there and Valtteri has always been very open that he acknowledges the hard work of the team that’s been going on and both of them have been really great in respecting the effort that’s been going into the team’s work. Therefore it’s very different than 2016.

Amazing scenes as on-the-road winner @Clundgaard5 is stopped mid-celebration after the first race for the new @FIAFormula3 championship and a stewards swaps the 'P1' and 'P2' boards – a penalty for failing to follow the VSC procedure hands the victory to @ShwartzmanRob. #F3 pic.twitter.com/4Hf7oGWYZD

At the end of FP3 @Max33Verstappen was held up by Stroll at the chicane, and wasn't in the mood to make room for the Racing Point driver afterwards. #F1 #SpanishGP pic.twitter.com/8ajsi3Ahqy

"The promoters of Formula One’s US Grand Prix blew a deadline to collect their annual $25 million in Texas taxpayer money to help pay for the 2018 race. Now state lawmakers are about to give them another chance and make it easier to get the funds in the future."

"Tobacco kills around 7 million people a year, and 80% of the world’s 1.1 billion smokers live in poor countries, where the burden of tobacco-related illness and death is heaviest, far from the glamour of Formula One."

Romain Grosjean: "We’re not far off the Red Bulls and we’re a good chunk ahead of the cars behind us. I think we can be proud of that. "

"This track demands a lot from the car - it has a bit of everything - low, medium and high-speed corners – and it’s never been our best circuit over the years, so I’m not too concerned."

Toto Wolff says he is realistic about the possibility Lewis Hamilton might want to join Ferrari one day.

Does Max Verstappen deserve a better car than he’s got?

I honestly feel bad for Verstappen. He’s looked like the only driver capable of dethroning Lewis with the right machinery… and I think the championship will be a heck of a lot more interesting with Verstappen at the front.

But I just don’t see that happening at Red Bull. There’s a high possibility of Red Bull will eventually make the best chassis on the grid, but you need either a Mercedes or Ferrari-level power unit to win championships. Honda will always hold Red Bull back, despite all the false praise that is being spread in the media.
@Todfod