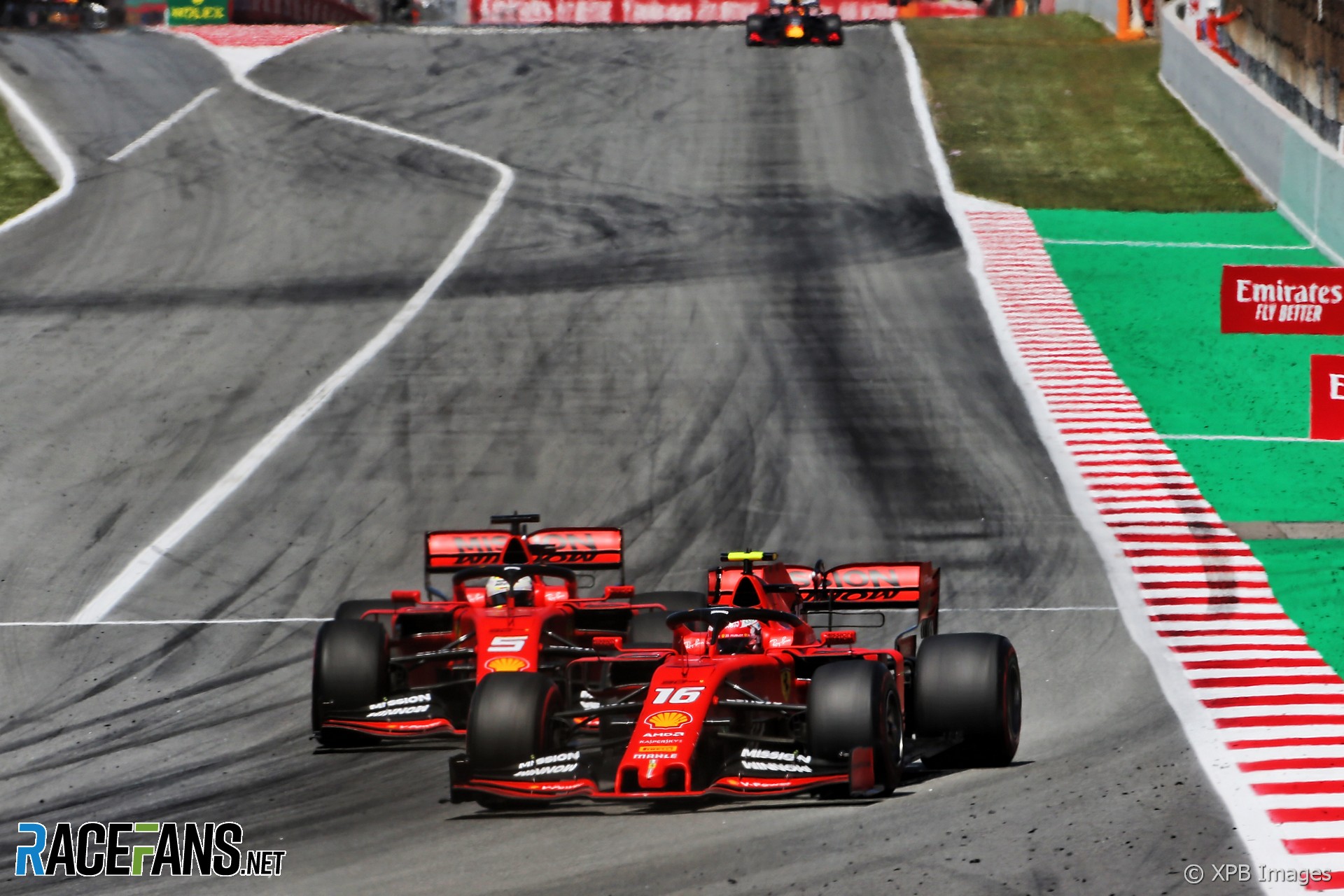 Sebastian Vettel says the scrutiny of Ferrari’s team tactics is making it harder for the team to be “reactive”.

Ferrari swapped the running order of its drivers twice during the Spanish Grand Prix as its cars finished fourth and fifth in the race. Vettel let Charles Leclerc pass him early in the race and Leclerc was told to allow Vettel past later on.

Despite the time lost switching positions, Vettel believes the team “more or less maximised the points” available to them.

“I think I had a shot at the podium but obviously in turn one with the flat spot in the first stint compromised by own race. But I wanted to try something to mix things up. I knew that I won’t win the race in turn one but at least I thought we can mix things up with Mercedes and then have a bit more of a fight with everybody.”

Vettel caught Leclerc after the pair had made their first pit stops and urged the team to switch their cars for the second time in the race.

“Charles was on a different strategy and with the Safety Car obviously his strategy was thrown to bits. But I think we tried to work together as much as we can but obviously every time we try to do something there’s a lot of talk afterwards which maybe doesn’t help to be a bit more reactive on the fly,” he said.

Mercedes scored their fifth one-two in as many races while Vettel slipped to fourth in the points behind Max Verstappen, and 46 points adrift of Lewis Hamilton. However he said he is not dwelling on the points situation.

“I think at this point there is for nobody any point looking at the championship so early, you need to go race by race. We will see. Obviously a disappointing weekend for us. We were hoping to be a lot faster. Now we find ourselves not so fast. But I think we can only come back to where we are now.”

32 comments on “Vettel: All the talk about team orders isn’t helping”