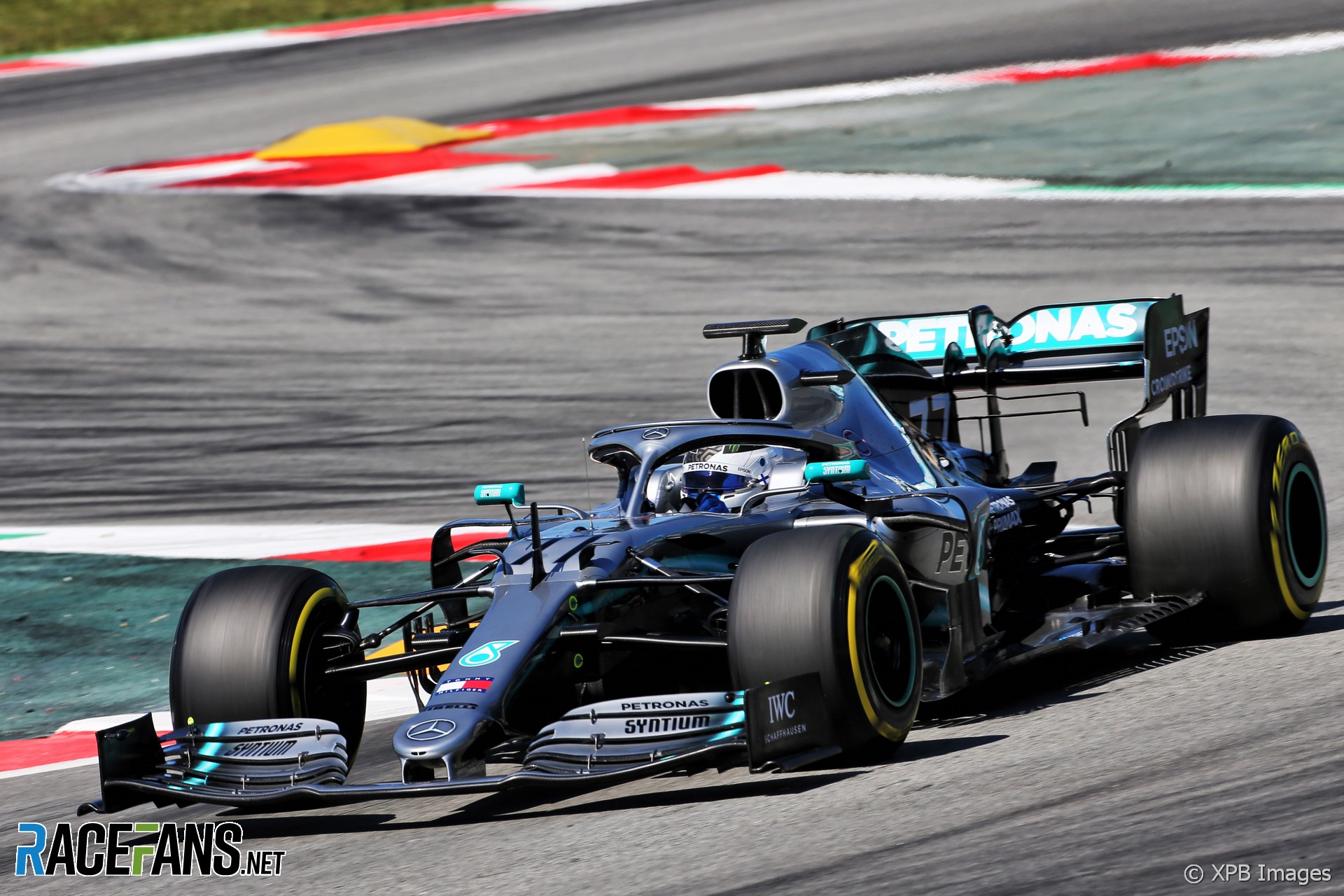 Valtteri Bottas was emphatically quickest for Mercedes on the first day of testing at the Circuit de Catalunya.

The day’s running ended with Bottas almost one-and-a-half seconds ahead of the next-quickest driver, Ferrari’s Charles Leclerc. Bottas lapped just one tenth of a second away from his pole position time at last week’s race.

He ran the C5 tyres, the softest rubber in Pirelli’s range, two stages softer than the most aggressive rubber which was available last weekend. The C5s will be available for next week’s race in Monaco.

In sunny and warm conditions the teams enjoyed a productive test, some of them completing the equivalent of two race distances. The only major interruption came when newcomer Callum Ilott crashed his Alfa Romeo at turn three.