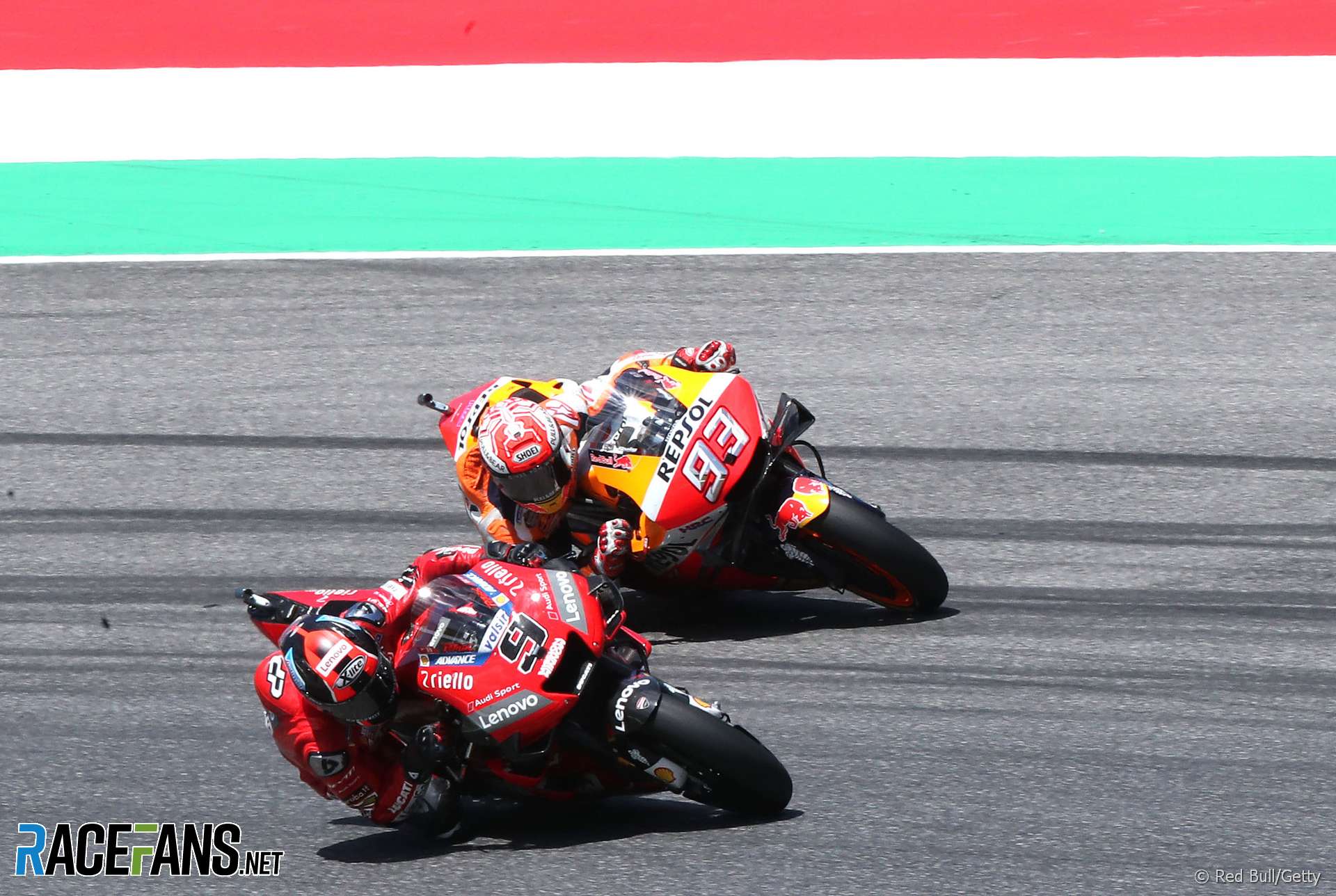 George Russell hopes Formula 1 racing will be as exciting as Moto GP after sweeping new technical regulations are introduced for the 2021 season.

The sport’s commercial rights holder Liberty Media is planning drastic changes for the 2021 championship which are intended to make it much easier for drivers to follow each other closely.

Russell, who describes himself as a “fan” of Moto GP, says he wishes F1 could be more like its bike racing equivalent.

“Its just, their racing is incredible. It reminds me a bit of karting where you can almost overtake in every single corner and swapping for positions.

“It is a bit of a shame Formula 1 cannot be more like that. But I think Liberty are very on top of that and hopefully come 2021 we’ll be slightly more in that direction.”

Lewis Hamilton has expressed an interest in sampling a Moto GP bike and Charles Leclerc attended last weekend’s race at Mugello. However Russell, who hasn’t ridden a bike before, said he’s not prepared to try a Moto GP machine at this stage in his career.

“Not at this stage,” he said when asked by RaceFans. “I’m fully focussed on Formula 1 and don’t want to risk unnecessary injury.”