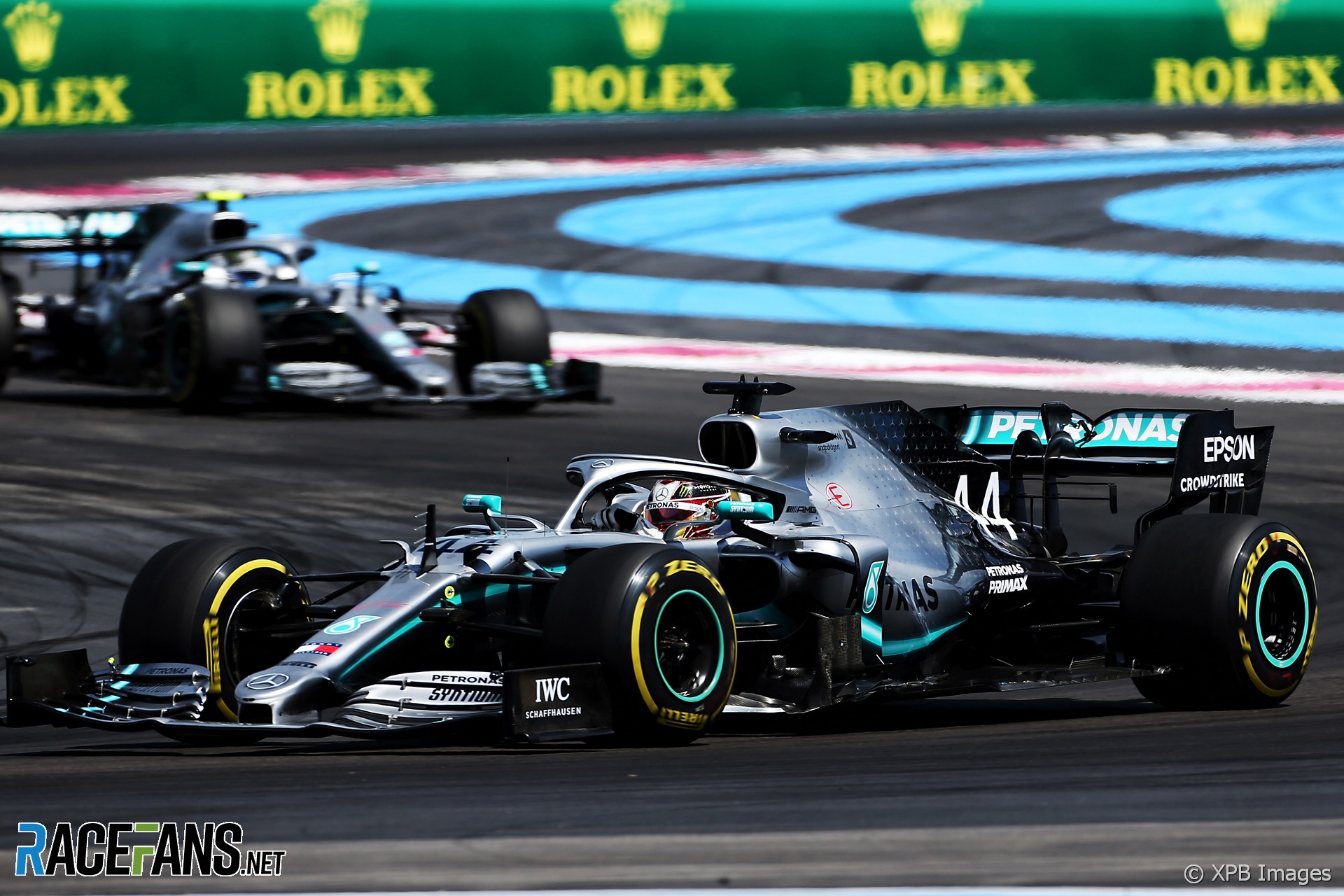 The Mercedes driver was never headed over the 53-lap race. Bottas dropped far enough behind in the opening stint that he was no threat to his rival when the pair made their mandatory pit stops.

Charles Leclerc brought Bottas into range on the final lap of the race having languished behind the Mercedes for most of the afternoon. He took a late, speculative look going into the final corner, but had to settle for third.

Further back Max Verstappen took fourth, 11 seconds adrift of one Ferrari but ahead of the other. Sebastian Vettel passed the two McLaren drivers with ease in the DRS zone early in the race but wasn’t able to jump ahead of Verstappen after flat-spotting his tyres at the end of his first time.

Vettel pitted for fresh tyres at the end of the race in a bid to claim the bonus point for fastest lap. He succeeded, but only just, as Hamilton lapped within two-hundredths of a second of his best effort on the final lap, despite much older tyres.

Carlos Sainz Jnr passed Lando Norris at the start of the race and went on to claim sixth. His team mate fell three places to tenth on the final lap, passed by the Renaults and Kimi Raikkonen as he struggled with an apparent hydraulic problem. Ricciardo outfumbled Raikkonen for seventh, followed by Hulkenberg.