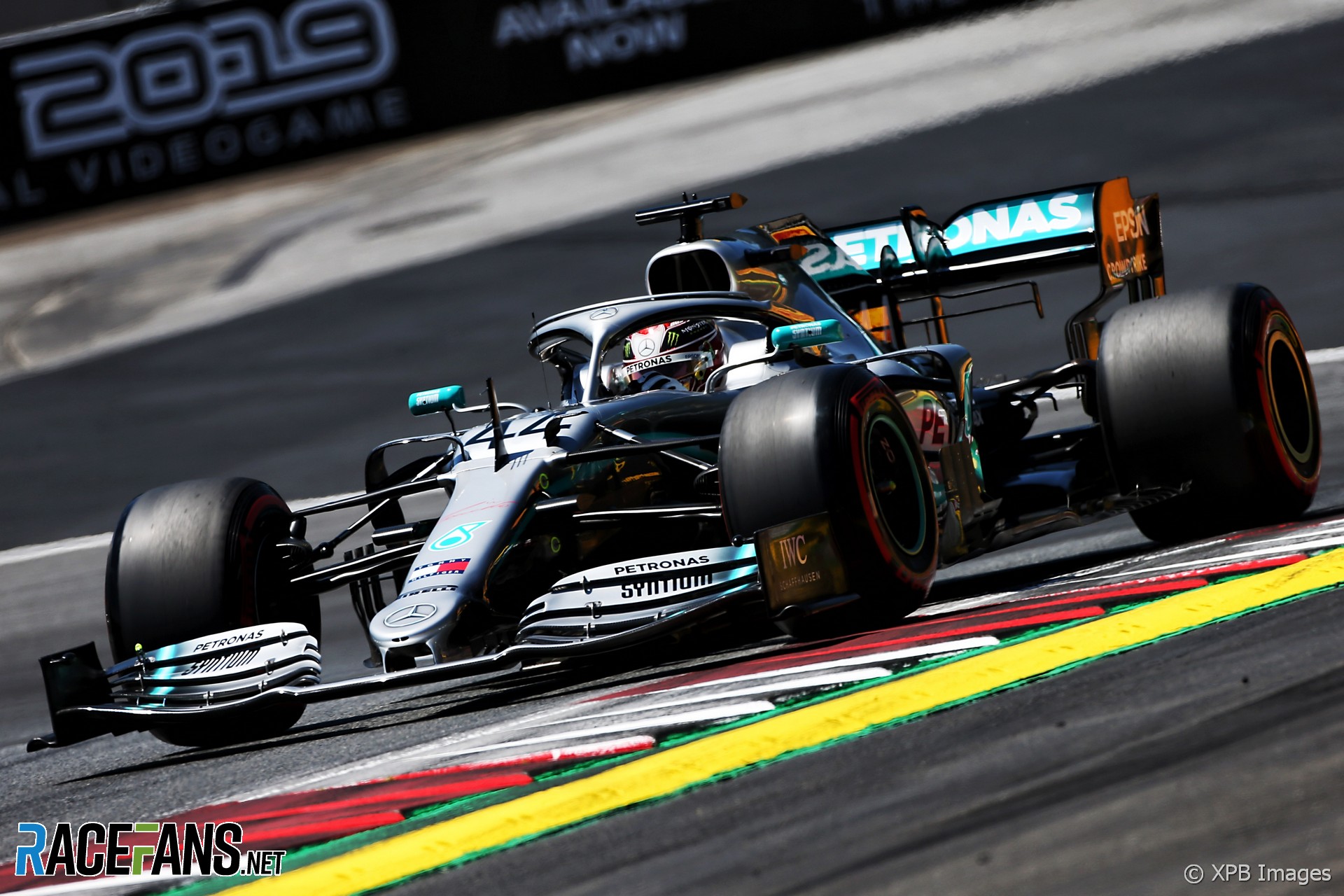 Lewis Hamilton, who is under investigation for delaying Kimi Raikkonen during Q1, said he “wasn’t aware” the Alfa Romeo was closing on him when the pair met on-track.

However Hamilton’s radio messages from qualifying reveal Mercedes did advise him he would be caught by both Alfa Romeos after he left the pits in Q1.

The Alfa Romeo driver raised a middle finger at Hamilton as he backed off and aborted his lap.

Speaking after qualifying, Hamilton admitted his driving probably delayed Raikkonen. “Basically I saw one of the team’s cars came by,” he said. “And I was braking for the hairpin, turn three, and I saw the one coming.

“And I saw the other one coming so I got off the brakes and tried to go straight on to try and get out of the way because I didn’t want to meet him in the corner. I don’t think I met them in the corner but I think that probably put him off, I would have thought.

“So it wasn’t ideal and I wasn’t aware that car was coming so not the easiest.”

Raikkonen admitted he had been surprised by Hamilton chose to cross the racing line. “I don’t know why he didn’t slow down and let me past<" he told Sky. "He kind of slowed down and then speeded up and went over the racing line." [leaderboard2]

50 comments on “Hamilton had early warning Raikkonen was behind him”