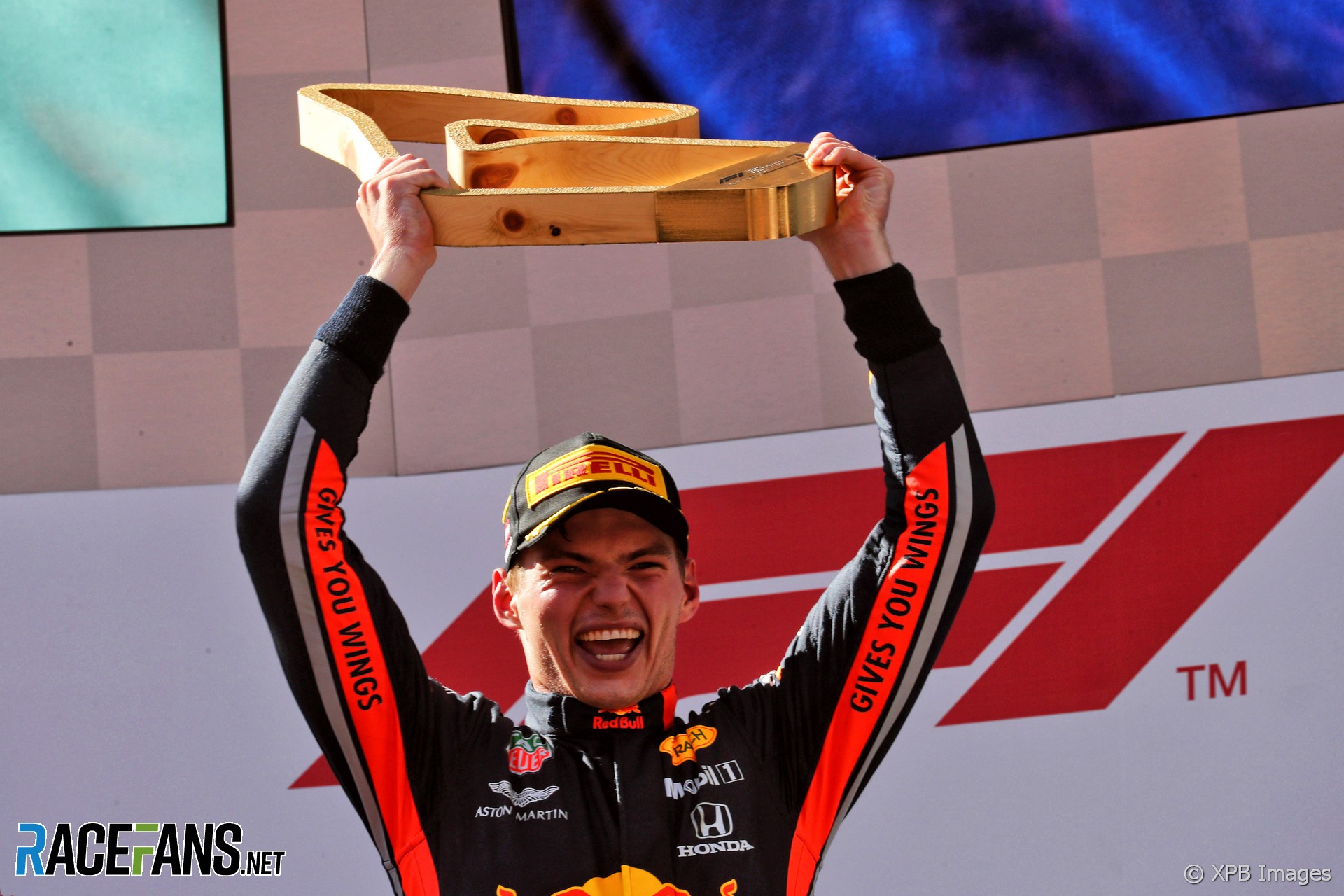 Verstappen was confirmed as the race winner following a stewards’ investigation into an incident between him and Charles Leclerc.

Marko sees the team’s performance as a vindication of his pre-season prediction for their relationship with new power unit supplier Honda.

“At the press conference in Tokyo I promised five wins,” he said, speaking before the decision was announced. “Meanwhile some people declared me crazy or whatsoever. I still believe we can achieve them.”

Verstappen started the race from second place but lost five places on lap one. “I thought ‘oh no it’s over’,” said Marko. “And then slowly Max woke up and in the end the last 30 laps was an unbelievable firework of brilliant driving.

“Also I have to say Honda gave us the 30 laps all the power we have. The tyres were staying together and I have to say we had a fantastic chassis where Max could brake and how the traction was and everything. So this win is far more exciting than if he would have done a proper start and maybe overtook just one for it.”

Verstappen’s future has been the subject of speculation following claims his lack of wins so far this year could activate an exit clause in his contract. Marko said the team “don’t want to keep Max if we can’t provide him with a winning outfit.”

“[But] that’s the aim. The aim is still to make him the youngest world champion ever.”