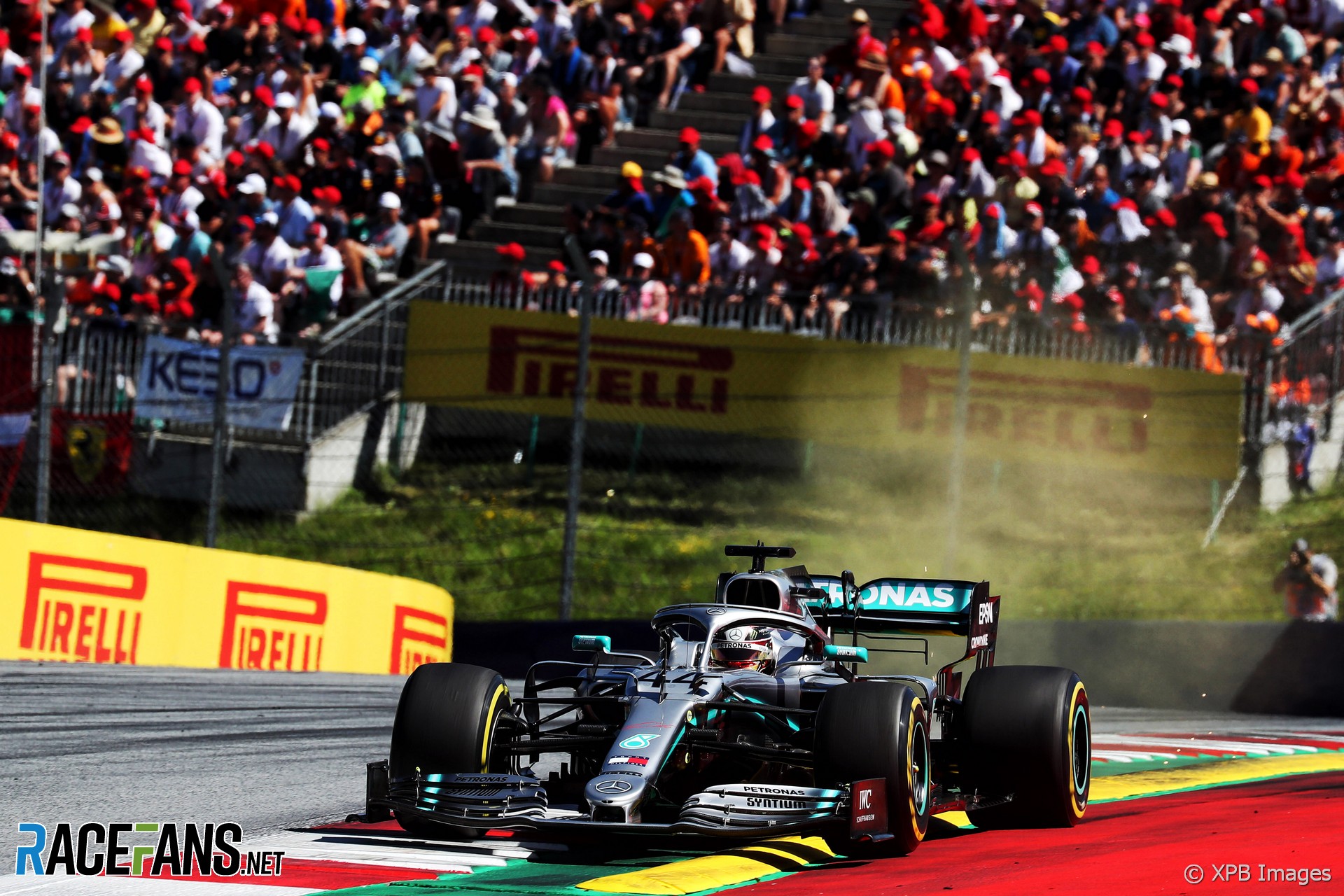 In the round-up: Lewis Hamilton says Mercedes didn’t expected the Austrian Grand Prix to be as bad as it was for them.

Hamilton was asked whether complacency had crept in at Mercedes during their streak of 10 consecutive wins which ended last weekend:

We weren’t complacent so it doesn’t do anything for us. We knew it was going to be difficult, we knew it would be a difficult weekend for us and it was probably more painful than we had thought.

We’re not being complacent at all. The guys worked very, very hard. It was just one of those days.

If you’re coming to F1 at Silverstone this year and are not in a grandstand, remember to bring 20ft flagpoles with plenty of flags attached so that they completely obscure the views of those that have spent hundreds on seats. All of this, of course, is to satisfy yourself only.

Piero Ferrari: "The position of Ferrari is clear. For us Vettel has won in Montreal."

"European karting champion Aron stepped up to single-seater competition for 2019, running dual programmes in Italian and German Formula 4 with Prema."

Vergne Would Have Input in Lotterer Replacement (e-racing365)

"Reigning ABB FIA Formula E Champion Jean-Eric Vergne would be involved in the process of choosing Andre Lotterer’s replacement at DS Techeetah should the German choose to drive for Porsche next season."

"The Lotus Cortina will be joined by the Lotus 25/R6 which Clark drove to a number of Grand Prix victories."

Did Red Bull store up problems for the future with their Austrian Grand Prix win?

I suspect at least one Red Bull Honda power unit was at 105% as they know they are going to get a penalty anyway, they are not getting a championship this year and so why not go for it and damn the consequences.

Later in the year we will see who has managed their machinery best by who gets a penalty for blowing the engine to bits, losing power in a race loses power or has to replace too many parts and who manages within the allocation.
Witan