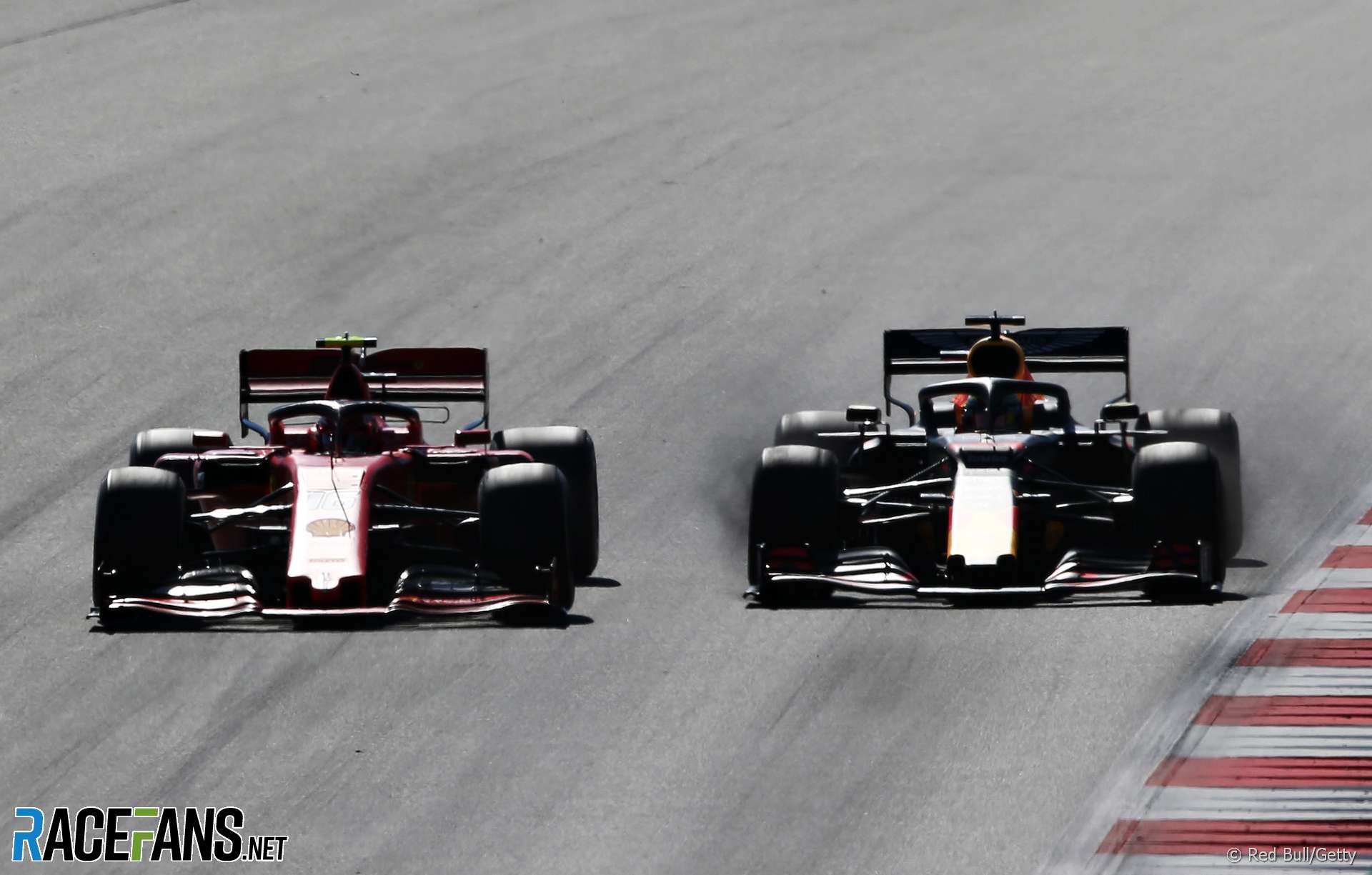 Max Verstappen says Charles Leclerc should have backed down in the collision between the pair at the end of the Austrian Grand Prix.

The Red Bull driver was confirmed as the winner of the race following a lengthy stewards’ investigation. However he believed the incident was “very straightforward”, and said Leclerc should have conceded the corner.

“At the end of the day if there was not any run-off you [would] automatically back off because you know that otherwise you’re going off the track.

“The only thing is because of the run-off you just stay there and then you hope that if you get forced wide that the guy on the inside gets a penalty. That’s why you do it. I don’t think it’s correct. If it would happen in turn four you would not stay around the outside.”

Verstappen said the stewards decision made it “quite clear from my side” and sees no reason for further discussion of the incident between the drivers.

“I think the more you talk about it the worse it is,” he said. “They should just let us race.”

The Red Bull driver said he didn’t feel the celebrate the win any more after the long wait for his victory to be confirmed.

“I don’t see the reason to celebrate all the time. Of course it’s a win and at the time of course I was very happy and stuff. But I don’t need to go out, party, drink and fall on the floor.”

“For me it already felt like a win so even if they would take it away it’s all fine,” he added.