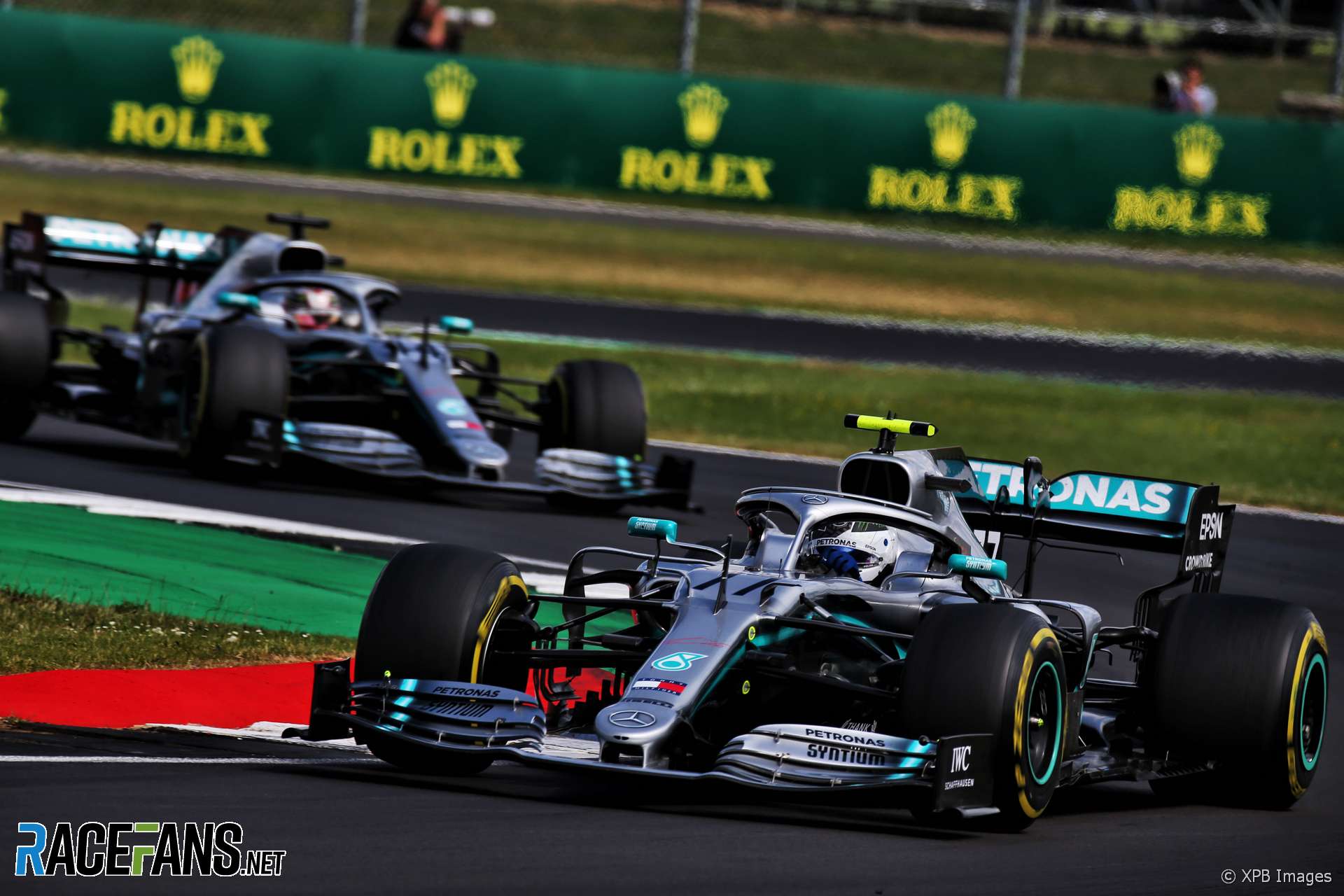 Valtteri Bottas says his choice of tyre at his first pit stop was a “mistake” because it locked him into a two-stop strategy.

Bottas, who led the opening laps of the race, was the first of the two Mercedes drivers to pit. He put on a second set of medium compound tyres, which ensured he would have to make a second pit stop later in the race.

At that point he was trying to stay close enough to Lewis Hamilton to ensure his team mate came out of the pits behind him.

“After my first stop I felt like it was under control,” said Bottas. “I was following the gap closely, the pit stop gap I had to Lewis, and I was just waiting for him to stop and obviously the Safety Car got him ahead of me at that point.

“I was stuck into a two-stop at that stage, because we stopped for the medium again from medium tyres so it meant anyway I had to stop in the end, which was a mistake from our side. A two-stop, we thought, would be by far the fastest but actually one stop was possible as well. Not quite ideal but one of these days.”

Bottas, who has fallen 39 points behind his team mate at the top of the points standings, drew some consolation by Mercedes’ one-two finish after their tough weekend in Austria.

“At least it felt like the pace was good today and yesterday so there are positives to take,” he said. “Also, really, really happy for us as a team, getting maximum points and it’s pretty impressive the gap to the teams behind now.”

He also prevailed in a hard-fought battle with Hamilton in the opening laps of the race. “we had good racing at the beginning and I really enjoyed it,” he said.

“That’s why we are here, to race hard and fair. I’m sure Toto [Wolff, team principal] didn’t maybe enjoy it as much as we did but it doesn’t matter.”