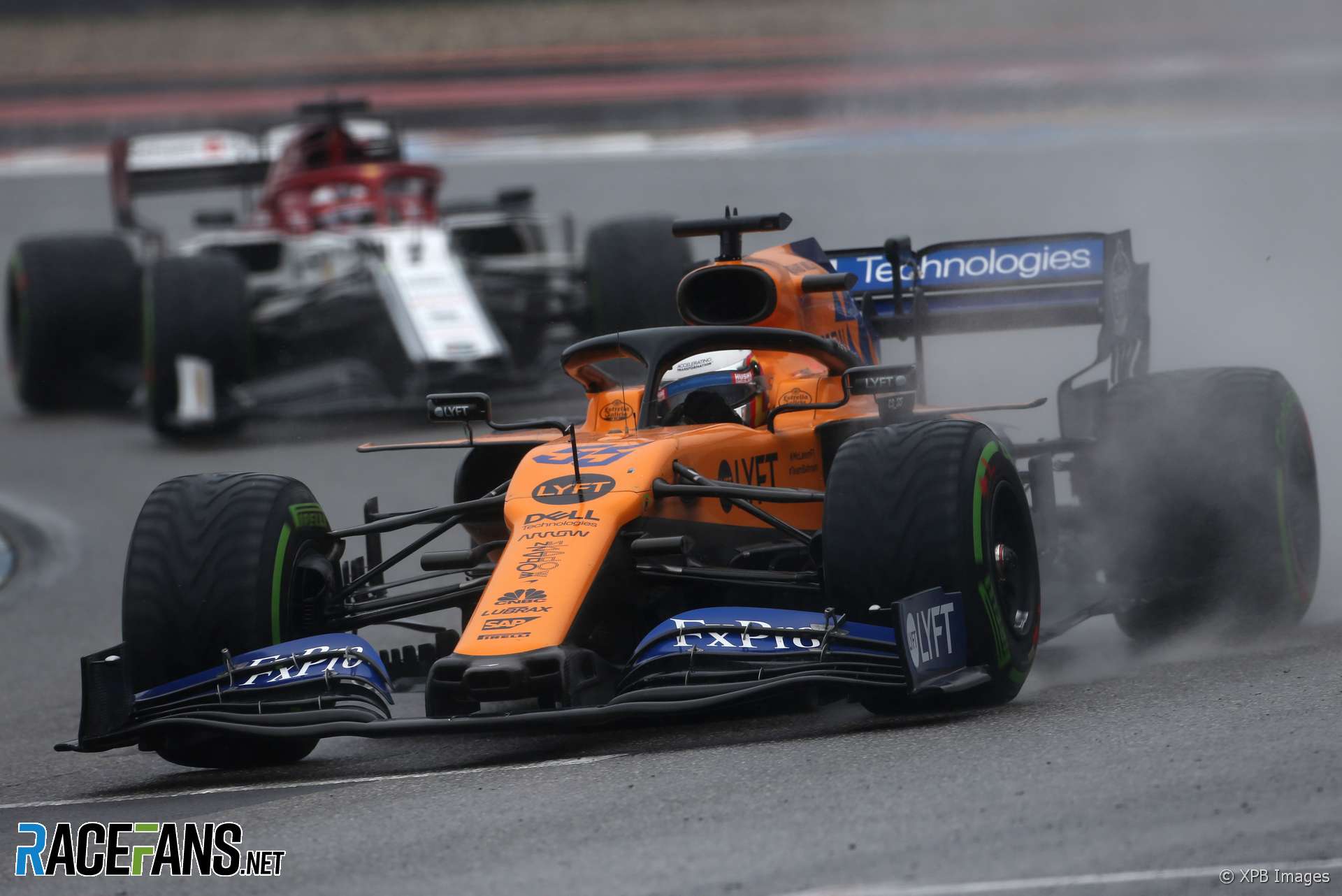 Carlos Sainz Jnr admitted he had deliberately driven onto the Hockenheim drag strip when he spun during the German Grand Prix.

The McLaren driver admitted he thought he would save time by using the run-off at turn 15, which he expected would offer more grip.

Sainz was one of several drivers to spin or crash at the corner during the race. “What we were surprised [by] is to see Tarmac that was slippery,” he said. “I think as a driver you see a black strip of Tarmac and you say ‘if I go wide here, no problem’.

“I actually went wide on purpose,” he explained. “I missed the corner saying ‘I’m going to miss the corner on purpose, just going to go wide and come back’. Then suddenly found this un-grippy surface.

“That’s why I was so frustrated on the radio because I felt stupid. I could have easily made the corner. I didn’t commit to the corner just to not lose time by trying to keep it tight. And I missed 35 seconds of race time by doing that.

“So I think the frustration from the driver there comes by actually thinking there’s going to be grip and it’s not. So next time we will no and we will not go there.”

However Sainz doesn’t believe the run-off, which is formed from a drag strip, should be replaced with grippier Tarmac. He expects the subject will be discussed in this weekend’s drivers’ briefing.

“I think it will come up, naturally,” he said. “I’m just going to try and make sure they don’t make it grippy Tarmac and they make it gravel or stay the same as it is.”