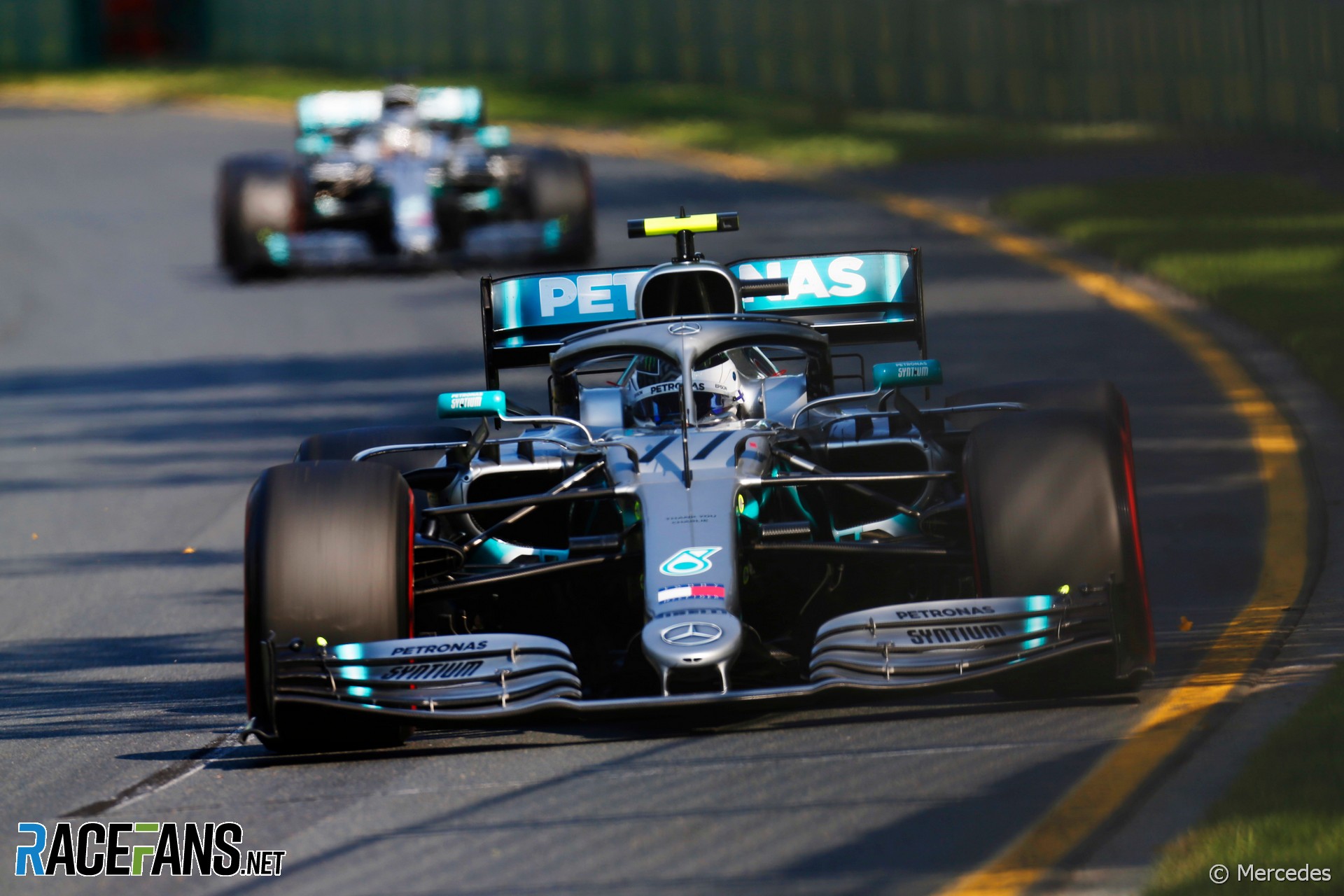 Mercedes’ strong start to the 2019 F1 season was not due to the thinner tyres introduced this year, Pirelli’s motorsport director Mario Isola believes.

Pirelli brought thinner tyres to three rounds of the championship last year, two of which Mercedes won. The same tread is being throughout this year’s championship and Mercedes began the season very strongly, winning all of the first eight races.

This prompted some teams to lobby for the reintroduction of 2018-style tyres, though the move failed to win enough support to go ahead.

Isola pointed out the changes to the 2019 tyres involved more than just the thinner tread. He believes the reason for the variation in performance between teams is because some teams have adjusted to the changes more successfully.

“Obviously we know that Mercedes is very quick,” he said. “But forget Mercedes for one second: What can we say about McLaren? Toro Rosso, Renault sometimes is quick. So we have other teams that have been able to understand the tyres.

“If you look back at previous years we always have at the beginning of the season some teams they have to understand the tyre quicker than others. Sometimes it’s Mercedes, sometimes it’s Red Bull, Ferrari or other teams.”

“In Barcelona we had a race where Mercedes was dominating. But then we had the in-season test after the race and Sebastian [Vettel] tested both the normal tread and the thinner tread and his comment was the thinner tread is better. His words, not mine.

“So we had Barcelona where it was clear that the thinner tread was better – I’m not talking about Mercedes. In Paul Ricard we had a race with some situation that are not telling us that one car was a lot quicker than the other. In Silverstone Mercedes didn’t win the race.

“So it’s difficult to say that the thinner tread was giving a clear advantage to one car or another.”