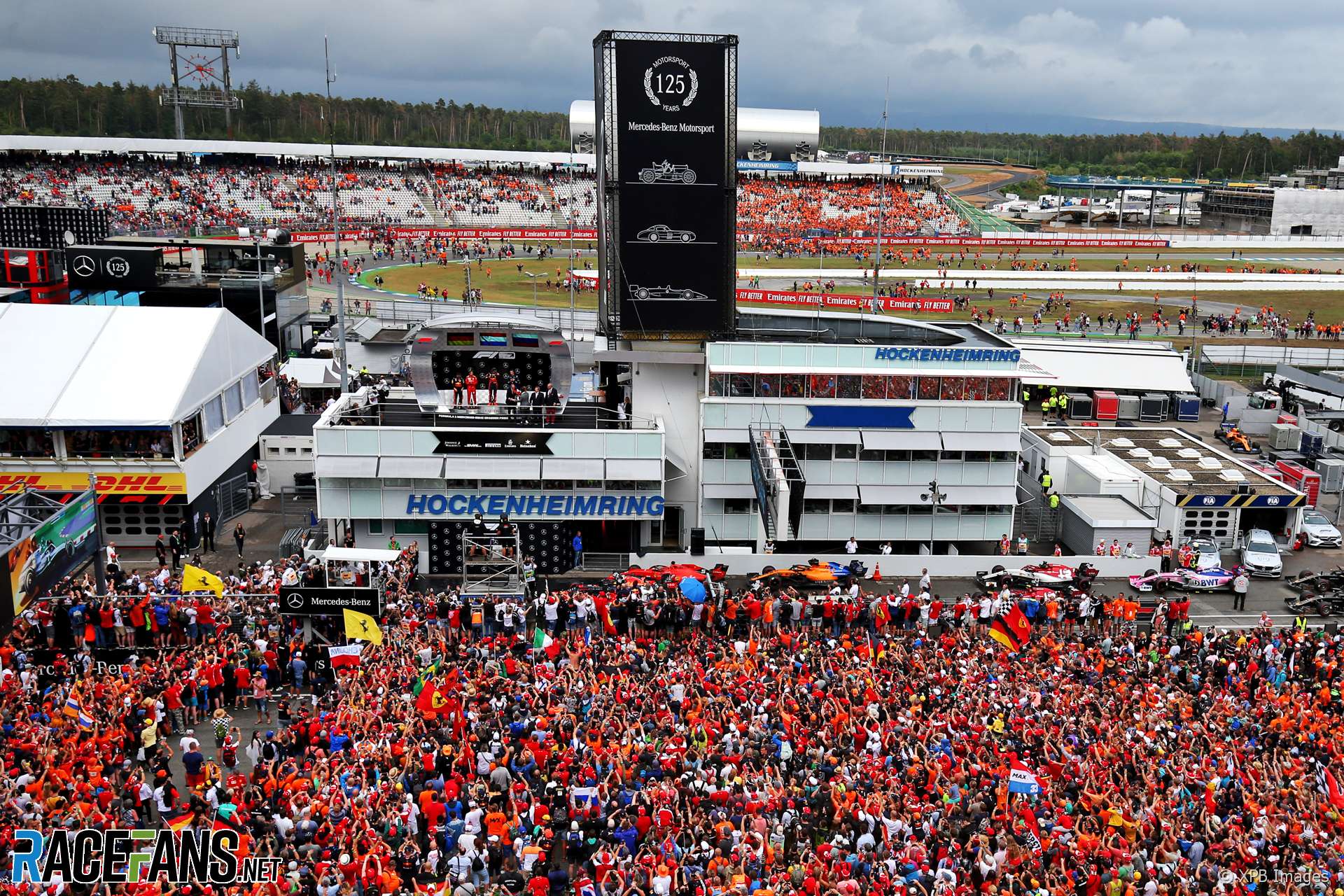 While it remains to be seen exactly how many rounds will be on the 2020 F1 calendar, it seems a certain the German Grand Prix will not feature on the final schedule.

The country that invented the automobile – itself a German term – and every form of viable internal combustion engine, whether two/four-stroke, wankel or diesel, is not expected to feature on a calendar which will include Bahrain, Abu Dhabi and newest addition Vietnam.

This despite F1’s roster including German four-times world champion Sebastian Vettel and his talented, Le Mans 24 Hours-winning compatriot in Nico Hulkenberg. Not to mention the utter hegemony of the omnipotent Mercedes F1 Team: It may operate out of the UK and employ a brace of ‘foreign’ drivers, but Italy’s tifosi would surely sell their grandmothers for the chance of seeing the red team reel off five championship doubles and counting.

Yet in the 2020 F1 season next year German fans will need to travel to the Netherlands, Belgium, Austria or Hungary if they wish to see an F1 car driven in anger in reasonable proximity to home. The mere fact that four surrounding countries, whose combined gross domestic products and total populations amount to half those of Germany, consider F1 to be viable while the home of Mercedes, Porsche and BMW does not, points to something seriously amiss.

It was not always this way. Germany has held more rounds of the world championship than Britain, France or the USA. Only Italy, which boasted two rounds every year for more than two decades, has hosted more points-scoring F1 races.

For a while the same was true of Germany. For over a decade starting in 1995 the sport’s popularity was such that it could enough to sustain two sold-out grands prix in Germany each year. The Hockenheimring hosted the German Grand Prix, while the Nürburgring’s race operated under flags of convenience – titled either the ‘European’ or ‘Luxembourg’ Grands Prix.

BMW and Mercedes bought into existing teams, German brands sponsored prolifically, and by 2010 German drivers comprised a third of the grid.

Then Germany’s interest in F1 declined almost as rapidly as it had ascended. The two circuits struck a rotating deal, and even that was aborted after Nürburgring plunged into administration, leaving Hockenheim hosting races only during even years. From two packed rounds per championship to a sparsely attended race every other season within five years.

What went so wrong this quickly for Germany to forsake F1 so dramatically?

The question is based on the assumption that Germany truly embraced F1 in the first place. Consider a parallel: tennis. Before Boris Becker reached Wimbledon, tennis was a fringe sport in Germany, without a Grand Slam or major Open tournament. Then came the Becker-inspired ‘Boom’, during which Father Christmas delivered millions of racquets each December.

After Boris retired, despite the best efforts of Tommy Haas and 1991 Wimbledon champion Michael Stich, German interest in tennis cooled. The country’s premier event was downgraded and relegated to a post-Wimbledon date.

Instead German kids embraced F1, cycling and golf instead, enthralled by the antics of Michael Schumacher, Jan Ulrich and Bernard Langer – each a trailblazer in their respective sports. Karts, bikes and golf clubs started appearing under Christmas trees, but when the stars of these sports retired, so, too, did interest in their genre.

Not even Vettel’s four-titles-on the-trot could reverse F1’s downward spiral. Nico Rosberg was little applauded nationally before, during and after his 2016 title season. Seldom, if ever, do Mercedes now wheel out their compatriot champion despite him comprehensively beating Schumacher during the legend’s brief return.

Germany had but two grand prix winners pre-Schumacher: Wolfgang von Trips, a nobleman with but two grand prix victories to his name before his tragic death, and Jochen Mass (one, foreshortened due to an accident and thus scoring half points).

It’s true that, pre-Schumacher, Germany hosted world championship grands prix every year beginning in 1951 with just one exception in the wake of the 1955 Le Mans horror. But these were simpler days when hosting fees were reasonable.

A combination of mega fees and Schumacher’s retirement spelt the beginning of the end for F1 in Germany. Perhaps the question should not be ‘When did Germany fall out of love with F1?’ but ‘Did Germany ever love with F1 to begin with?’

The evidence was that Germany was in love with Michael Schumacher and, by extension, his sport, just as was once true of Becker and tennis. On that basis the odds of F1 returning to Hockenheim (or any other licensed circuit) seem as slim as the chances of Germany hosting a tennis Grand Slam tournament any time soon.

Still, German F1 fans have a choice of four nearby circuits to visit – although the Dutch, who could pack at least three Zandvoorts to the rafters next year, seem more in love with Max Verstappen than they do with F1. Could history repeat itself there in a decade or so?

34 comments on “Why is Germany losing its world championship round?”