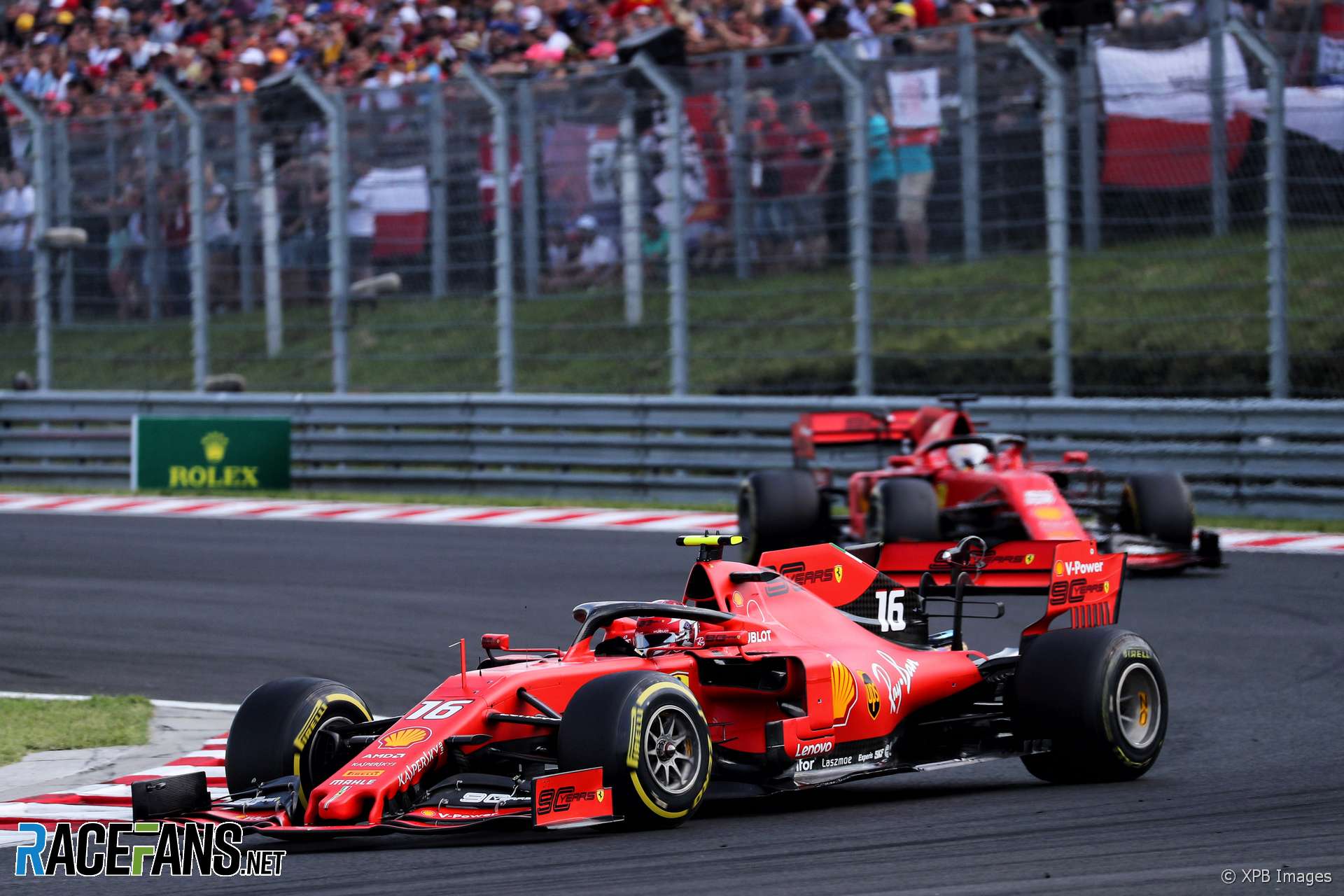 The first two rounds of the championship after Formula 1’s summer break are expected to offer Ferrari their best and potentially last realistic chances to win a race this year.

While the team enjoys arguably the best power unit in F1, its SF90 hasn’t been a match for Mercedes. The car has been strongest at tracks which reward strong engine performance – notably Bahrain, Baku and Montreal – but the team failed to convert any of those opportunities into victories.

The upcoming two rounds take place at two of the most power-sensitive circuits on the calendar: Spa-Francorchamps and Monza, both of which boast long straights. The pressure on Ferrari to win their home race will be especially strong, particularly if they fail to win in Belgium.

Ferrari finished a minute behind their rivals in Hungary. Mercedes team principal Toto Wolff described the Hungaroring as “a track that probably doesn’t suit them very well”, but predicted they will be more competitive next time out.

Ferrari also has to contend with the improving form of Red Bull. They have taken two wins and a pole position in the last four races and are increasingly a threat to Ferrari’s second place in the championship.

Ferrari team principal Mattia Binotto was keen to play down expectations ahead of the two races, but admitted the upcoming tracks should bring out the best in their car.

“It’s more power sensitive so we should certainly be more competitive there. But there is nothing which is given.

“Our competitors are all very strong and we will try to challenge ourselves. I think the situation will be different to Budapest, certainly, and we’ll try to prepare ourself to the best to at least try to see the first victory.”

If the team fails to win either of the next two races it may not have a better opportunity for the rest of the year, as few power-sensitive circuits appear on the schedule after Monza.