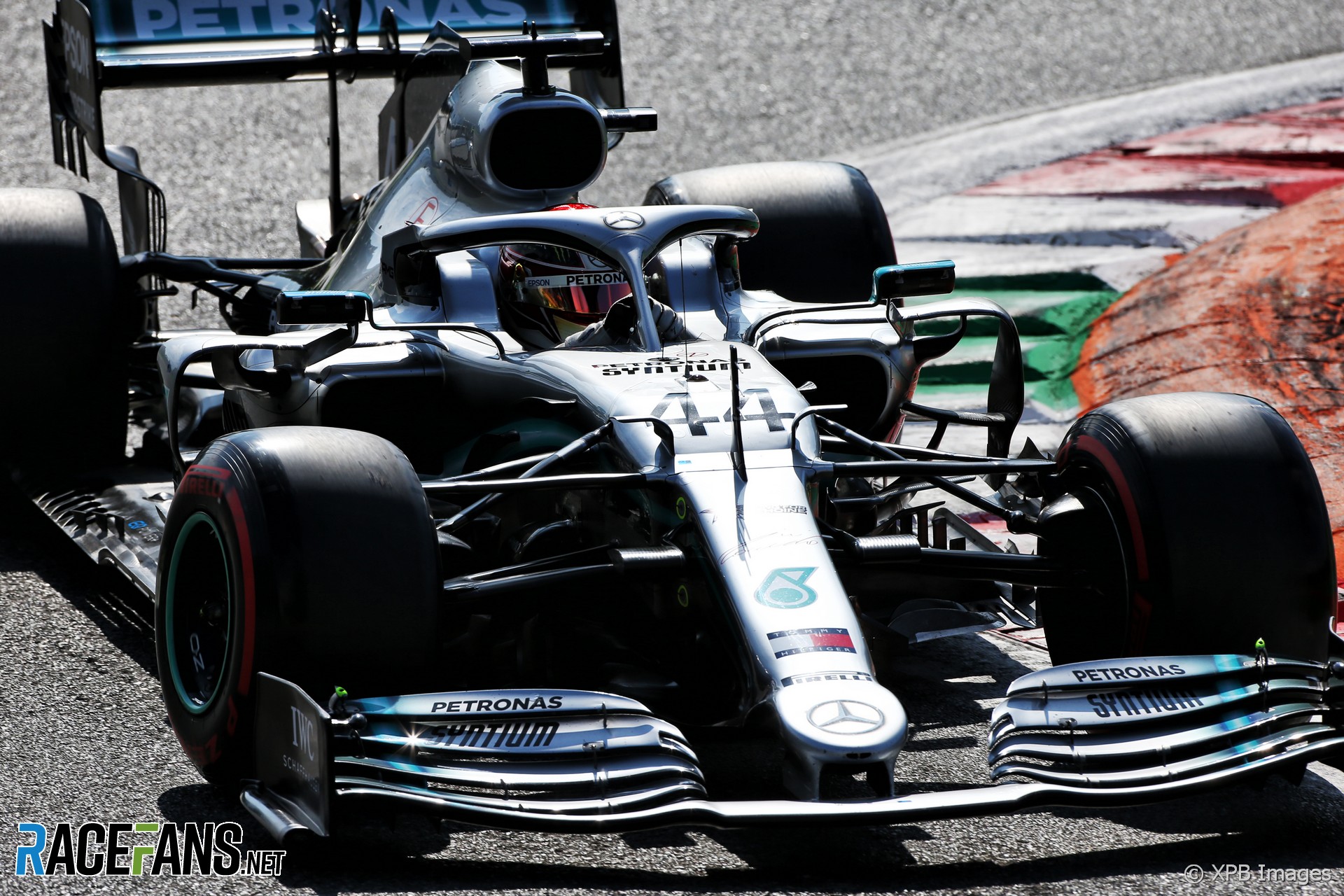 Lewis Hamilton repeated his warning that recent incidents on out-laps in qualifying have become “dangerous”, but doubts anything will be done to stop them unless there is a crash.

Recent races have seen several near-misses in Q3 as drivers vie to obtain slipstreams from each other. Hamilton almost collided with his own team mate in Q3 at Spa last week and came close to hitting Nico Hulkenberg today.

“On the out lap it’s dangerous for us all,” said Hamilton, echoing his words from seven days ago. “There are people slowing down, you don’t know who is alongside you. It’s definitely risky business out there, but it’s kind of enjoyable at the same time.”

Hamilton said the situation is unlikely to change unless a crash prompts a change in the rules.

“It won’t be until someone crashes that they’ll change it, most likely.”

Three drivers were given reprimands for their roles in yesterday’s incident. In their statement the stewards said they “strongly recommend that the FIA expedite a solution to this type of situation.”

Hamilton agreed the qualifying procedure needs to be examined. “We just need to look upon it and reflect a little bit and see what we can do to make it better, make it better for the fans and make it less dangerous.

“They already made a change today that we have to finish the out lap within a certain delta time but even that’s still too slow. There’s improvements we can make, for sure, for safety but also for the spectators to watch.”

14 comments on “Hamilton: “Dangerous” out-laps won’t be addressed until someone crashes”