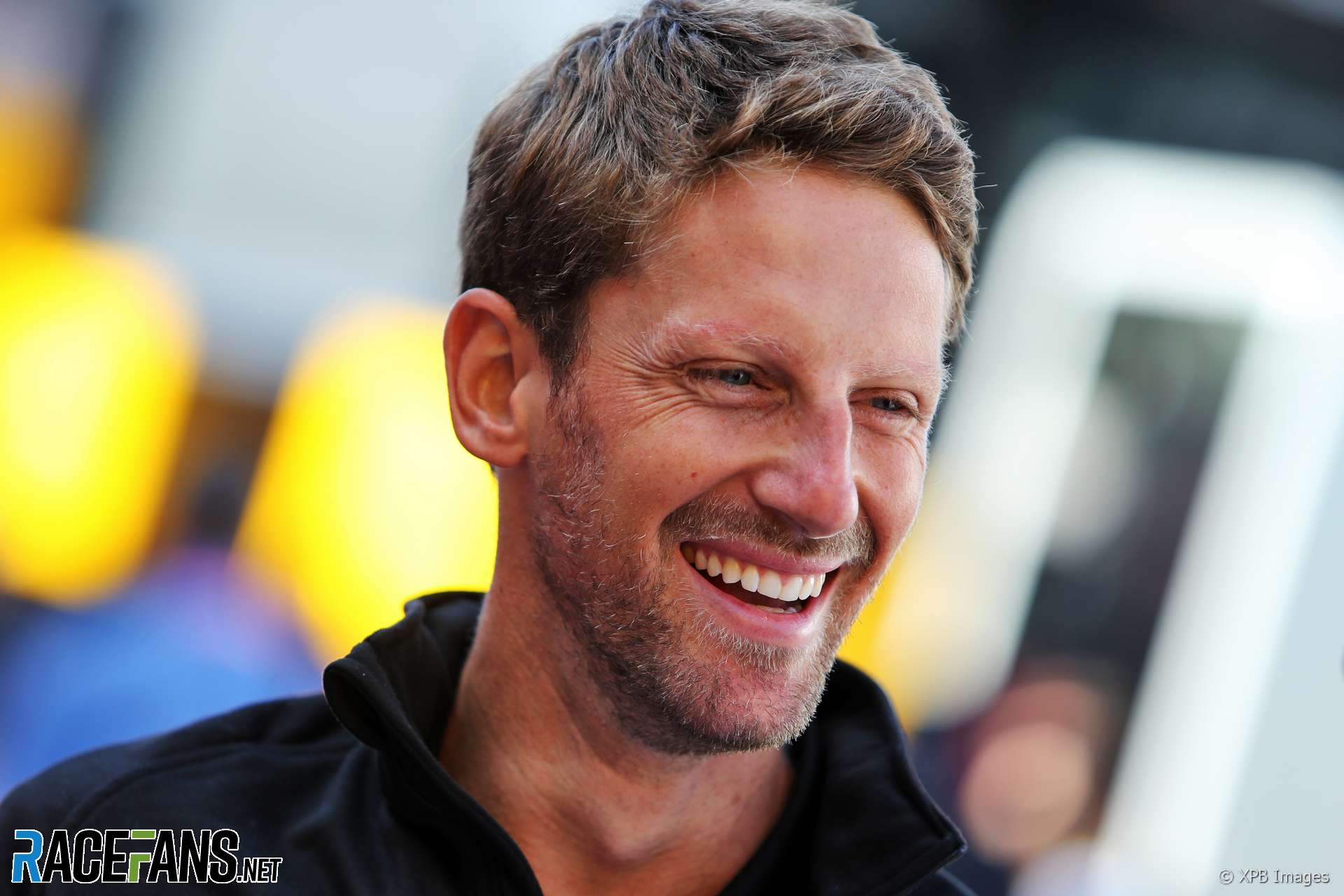 In the round-up: Romain Grosjean says the only way to prevent a repeat of yesterday’s qualifying farce is to bring back one-shot qualifying, where each driver does a single lap time on their own.

Grosjean said a tow from another car in qualifying was worth four to six tenths of a second:

The only solution is that in Q3 everyone goes one-by-one so there is no slipstream effect. Because as long as you’re going to gain so much… It won’t be a problem in Singapore. Maybe in Sochi you’ll want a tow again. Obviously now we’ve got big rear wings, big front wings so the drag is up and you need the slipstream to go past. There’s going to be a lot of games coming up.

Jenson Button has confirmed he will compete in the DTM double header season finale at the Hockenheimring on October 5th and 6th in a Honda NSX, as part of the Super GT/DTM crossover.#DTM pic.twitter.com/jsEElQTM2V

Unbelievable scenes in the Citroën DS3 Cup Denmark at FDM Jyllandsringen. Suddenly, it starts raining heavily and half the field crashes hard, as they're on slicks and aquaplain off the track. pic.twitter.com/FXwn1VYSNj

"Everything was going well but then we elected to deviate from the original plan trying to give Dany a bit of an extra hand to get into Q3. However, this didn’t work and we ended up P13, with Pierre P15. That was disappointing as I think Pierre had a car that could out-qualify Norris, and now we’ll start behind him on the grid, which is unfortunate."

"I think everyone underestimated the time to get to the line, everyone got greedy looking for the tow and in the end nobody got it! Hats off to Sainz: he judged it just right."

Max Verstappen: "Going into qualifying Max was always due to take a penalty so he only attempted one run in Q1 as per the plan, but he experienced a spike in revs on the kerb at Turn 2 which meant he felt a loss of power and as a precaution he aborted the lap."

"Armstrong has lost his podium position, following an infringement during the first safety car procedure. The stewards found that during the first safety car period, the PREMA driver exceeded the minimum delta time. The Kiwi has been handed a 20-second time penalty, which drops him from second to 21st. As such, Yuki Tsunoda claims the final podium spot, having originally finished fourth. "

Not penalising Vettel for running wide at Parabolica was the correct call, says Neil:

I think that’s the right call.If sufficient doubt exists on a purely black-and-white issue like leaving the track and gaining an advantage (and it obviously does in this case), a penalty for something that was so close it won’t have given any lap time benefit anyway would just be silly.
Neil (@Neilosjames)