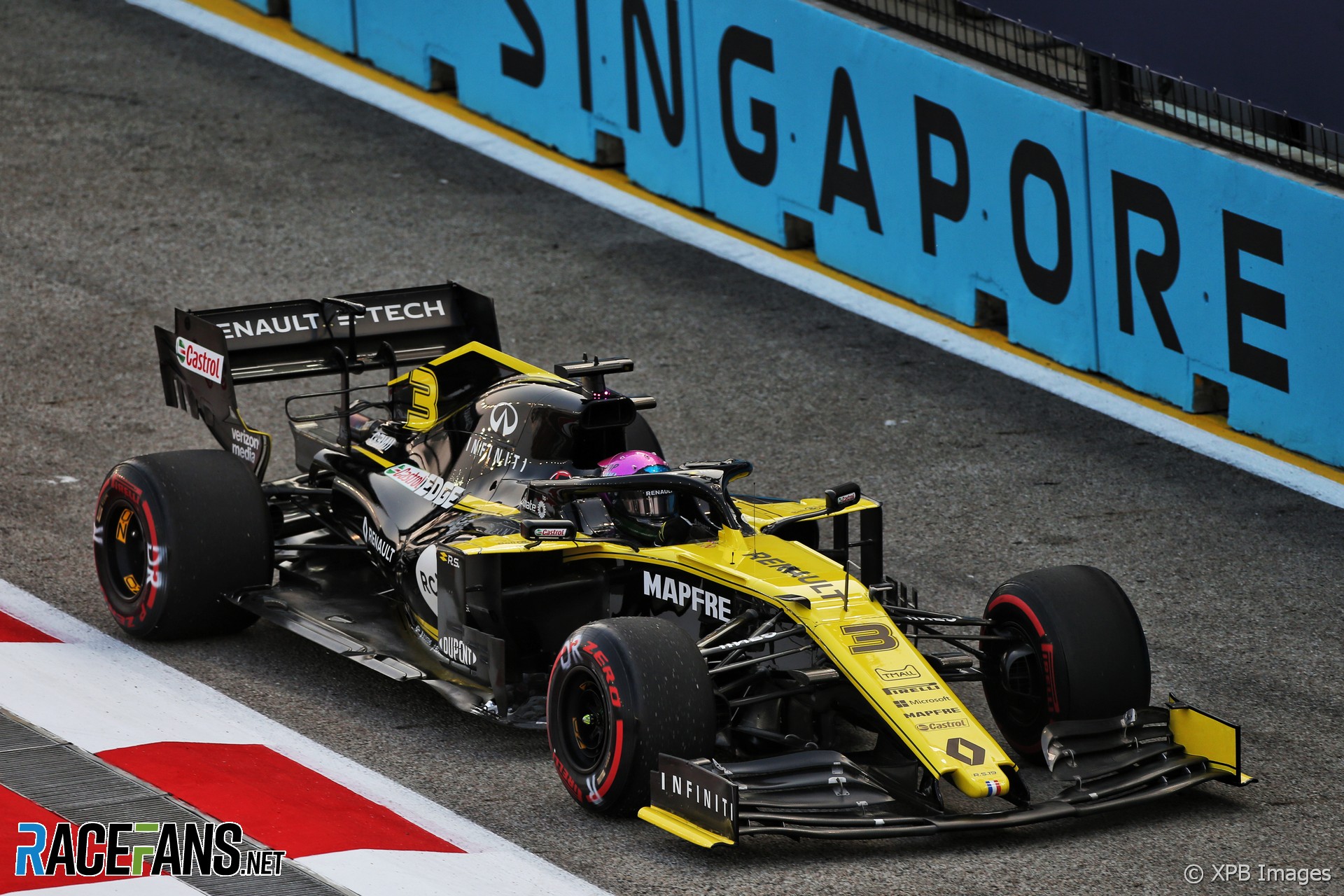 Renault says it accepts the stewards’ decision to exclude Daniel Ricciardo from qualifying but stressed he did not gain a significant advantage from the infringement.

“Renault F1 Team acknowledges the decision from the FIA stewards to disqualify Daniel Ricciardo from the qualifying session of the Singapore Grand Prix,” it said in a statement.

The team said Ricciardo’s disqualification came about “after he benefitted from an advantage measured at one microsecond [0.000001s] due to a kerb hit that caused his MGU-K to over-rev on his slowest lap of Q1.”

“The decision will therefore not be appealed,” they added.

The stewards ruled Ricciardo’s car “exceeded the MGU-K power flow limit permitted under Appendix 3, per Article 5.2.2 of the 2019 Formula One Technical Regulations.” They noted Renault argument that any advantage gained was negligible, but pointed out that “longstanding precedents regarding technical infringements” exist.

“The penalty which has been consistently applied is disqualification, and which does not consider when or if an advantage was gained,” they added.

Ricciardo was subsequently granted permission to start the race. He will line up at the back of the grid, while team mate Nico Hulkenberg has inherited his original starting position of eighth.

66 comments on “Ricciardo disqualified over ‘one microsecond advantage’ says Renault”