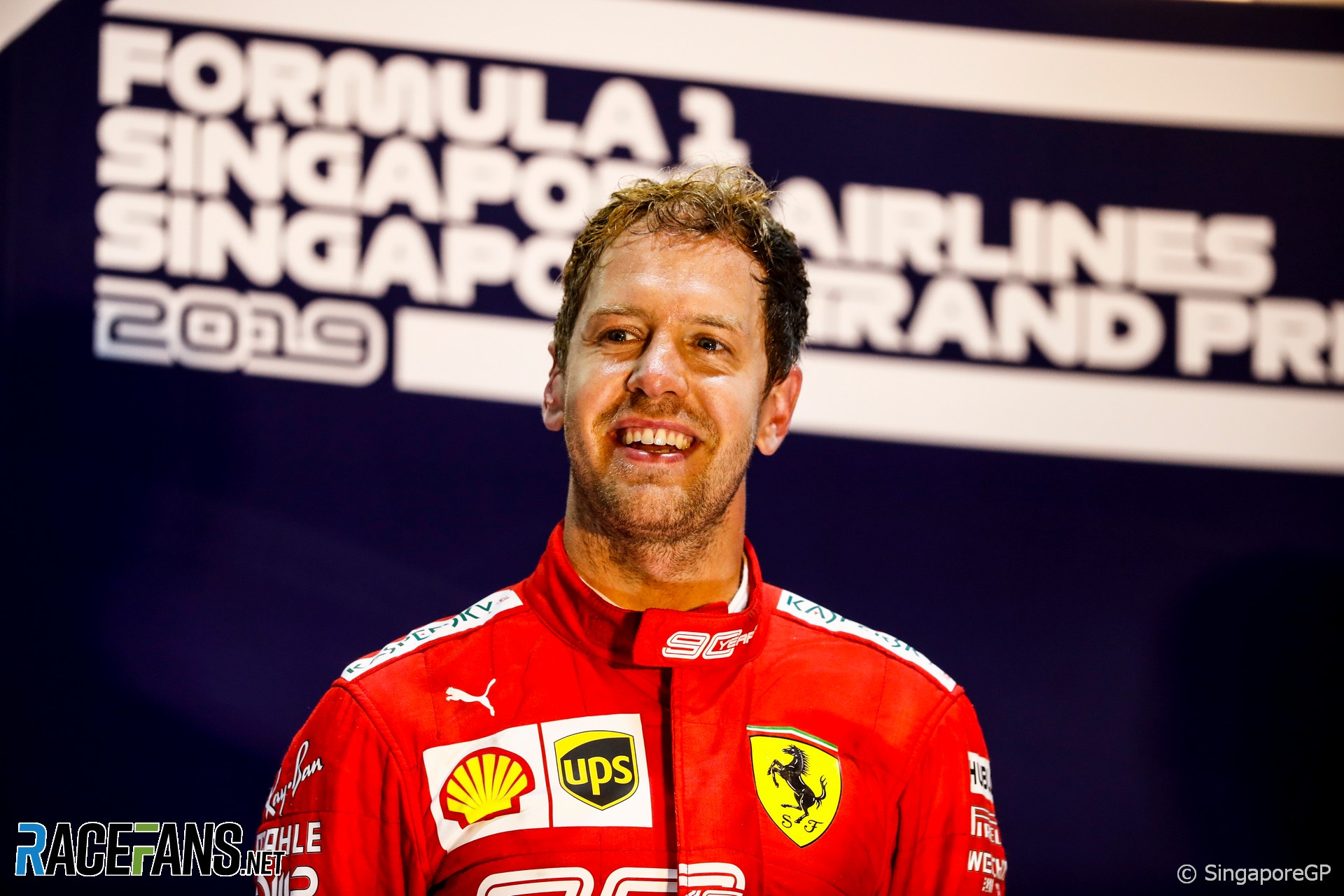 Sebastian Vettel says his Singapore Grand Prix victory proved his recent slump in form has been exaggerated by his critics.

The Ferrari driver arrived in Singapore having not won a race for more than 12 months. He had also made a series of high-profile errors, notably in the last race at Monza, where he spun and collided with another driver.

“I don’t think there was anything wrong,” said Vettel when asked about ending his win-less spell. “It wasn’t like we were lacking speed or anything.”

“Recently, I think there was nothing wrong in general. Things weren’t maybe falling in place. Obviously I messed up in the race in Monza, that’s my mistake, otherwise I think I, it’s a long race and a lot of things could happen.

“Overall it’s part of the game. I’ve been around now for a long, long time and it’s just how the tide turns sometimes. I have the highest expectation on myself and I’m not happy when I’m not delivering what I know I can.

“Certainly I had moments this year when I was struggling to just get it out. I know that I can improve from there, so I can’t be happy with that.

“But equally I know that it wasn’t as bad or disastrous as maybe then people put it together. If you’ve been around for such a long time and you’ve had so many good moments then obviously you get hammered when there are bad moments. I think that’s just part of the game.”

However he admitted the relief of scoring his first win since last year’s Belgian Grand Prix would “maybe kick in a bit later”.

“I didn’t feel that any big changes are necessary,” he added. “In that regarding it’s a confirmation. But it’s not like finally I can breathe again. It’s not like I felt in a wrong and bad place. I knew that I have to pull through and go through it myself.”