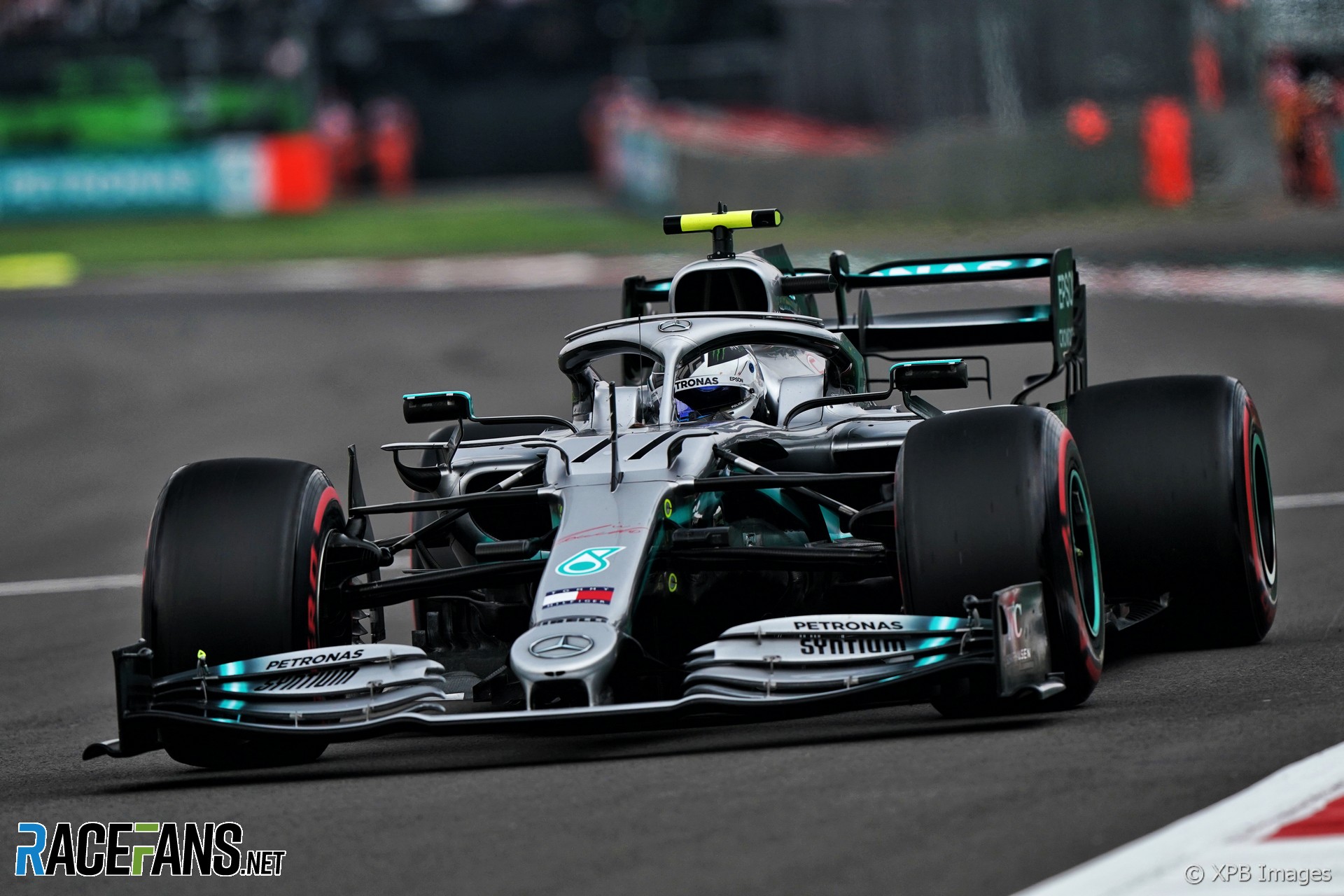 Repairs are continuing to Bottas’s W10 on Sunday morning following his heavy crash in Q3 yesterday at the Autodromo Hermanos Rodriguez. The team believe they should be able to complete the work without changing any parts which might incur a grid penalty.

Bottas qualified sixth on the grid for today’s race. He said his second of two impacts in the crash was particularly severe.

“[On the] last run in in quali three, just in the last corner I went a bit deep, got a bit more understeer mid-corner. So I went a bit wider than I wanted.

“Then everything was still OK but on traction obviously being a bit too wide, there’s dirt here, some pick-up on the front-left and then just lost the traction and hit the wall. And it really took me.

“So I was following along the wall and obviously at the end there was the TecPro barrier which was a bit nasty, actually, how it was at the end started like a wall.”

Team principal Toto Wolff said yesterday evening “we haven’t seen any damage to the gearbox as of now, but you never know when it’s leaking at a later stage.” Bottas would have been given a five-place penalty if his gearbox was changed.

“The car is pretty damaged,” Wolff added. “But we are 90 percent confident that we can fix it without any penalties. It wasn’t an unusual angle of impact so probably where he got away with that.”

7 comments on “Mercedes expect no grid penalty for Bottas”