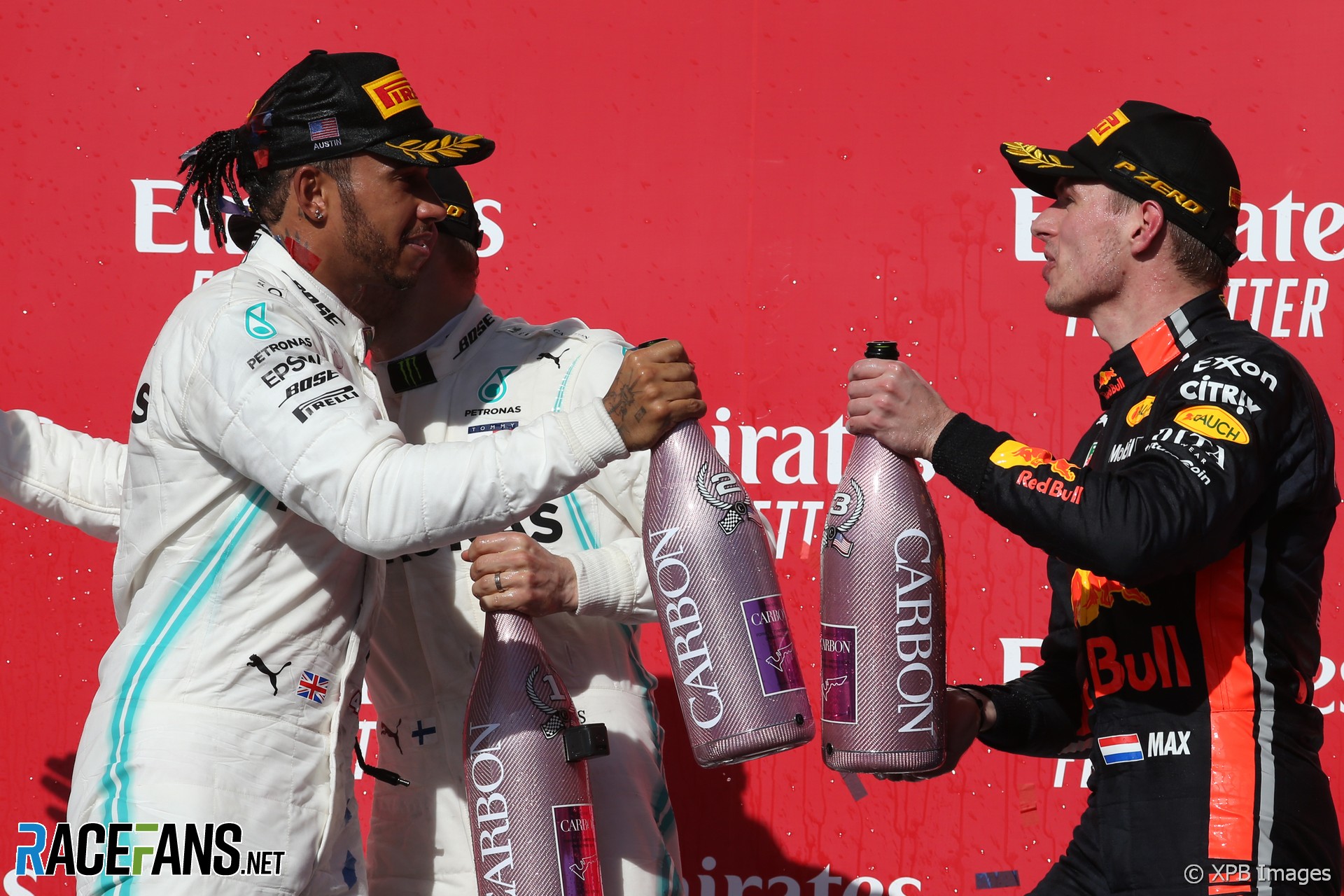 Max Verstappen is certain he would have been able to pass Lewis Hamilton for second place if a yellow flag hadn’t prevented him.

Kevin Magnussen went off at turn 12 shortly before the end of the race and the corner remained under yellow flags until the chequered flag, depriving drives of one of the best opportunities for overtaking on the track.

Asked whether he believes he would have passed HAmilton without that, Verstappen said “yes, absolutely.”

“Just because of that we had to lift off otherwise, I would have be definitely gone by,” he added. “But that’s how it is, sometimes these things happen.”

Verstappen also revealed he had been unaware he was driving with a damaged floor.

“Overall we had a really good race,” he said. “I was just struggling with some weird oversteer in the car.

“Initially I thought it was [that] they said it was my front wing which had a little bit of damage. But after the race, I looked at the car and I was missing a big piece of my floor in front of the rear tyre so that definitely cost me a lot of lap time today.

“I don’t know when it happened, but already quite quickly into the race I had this weird behaviour from the car which I had not felt before. So that’s a bit unfortunate, otherwise I think we could have been stronger today.

“But still to be on the podium here after a very positive weekend in general I think there was a really great achievement for us.”