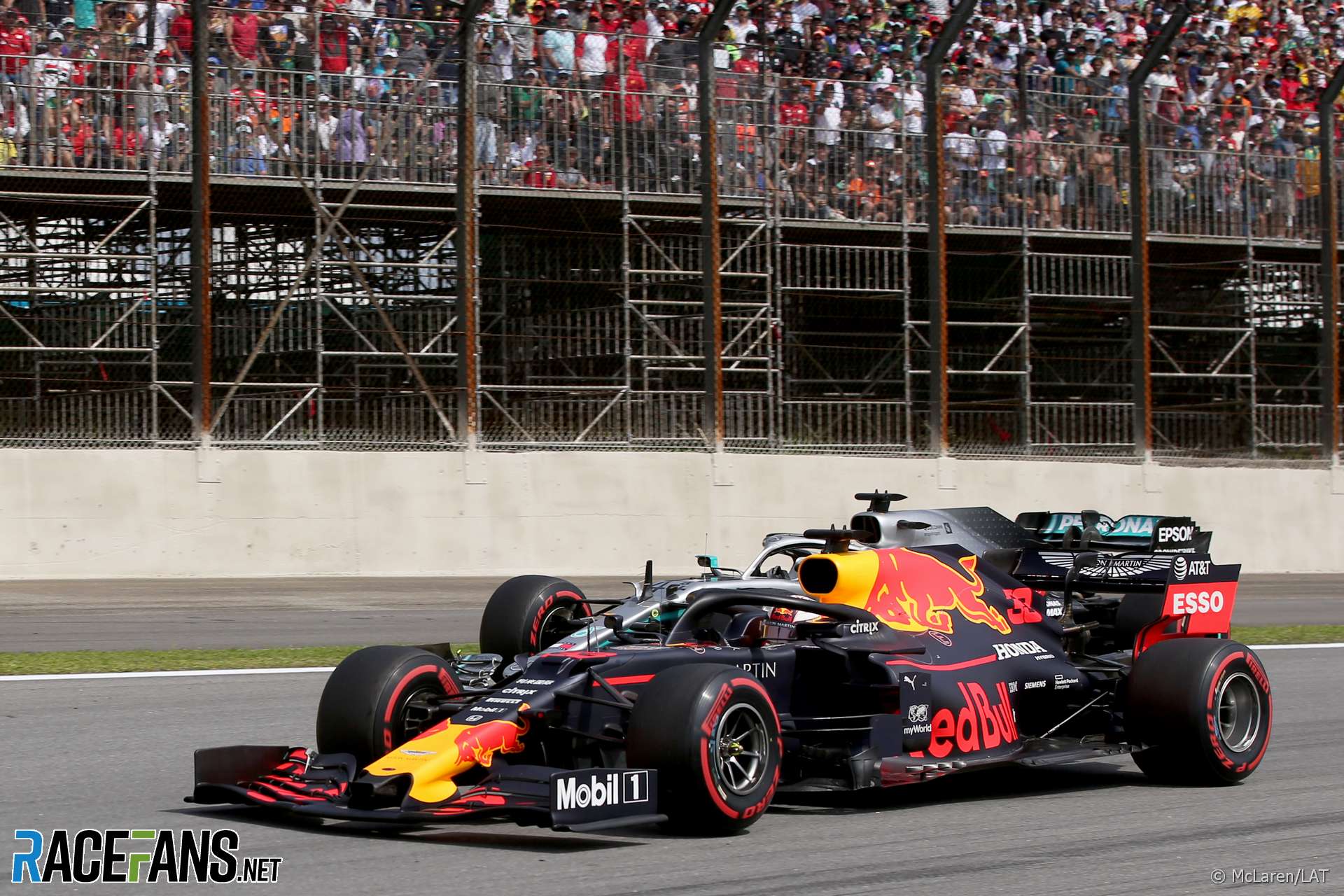 Lewis Hamilton was left a “sitting duck” when Max Verstappen passed him the first time in the Brazilian Grand Prix because a hard out-lap left his battery depleted, the team has revealed.

Mercedes got Hamilton ahead of Verstappen by making his first pit stop a lap before the Red Bull driver. Hamilton pushed hard on his out-lap, taking almost two-and-a-half seconds off the race leader. But to his frustration Verstappen immediately swept back past the Mercedes driver.

“Come on guys, give me the information when my engine’s fricking battery is dead,” exclaimed Hamilton on the radio after losing the position.

“We pulled the trigger for an undercut the first stint, just theoretically within undercut range. Lewis had to scrape out a fast lap to make that work. [We] got lucky with the release of [Robert Kubica’s] Williams into Max’s path.

“We were then in front and we’re thinking at that point it’s close, but they probably haven’t got the pace to actually breeze past us just as we didn’t pass them.

“But we actually used most of our energy in the battery making the undercut work. And by the time we went up the hill, we were a sitting duck to Max who’s had good straight-line speed all weekend. Take our battery away and you saw what happened.”

Had they known Verstappen would lose so much time behind Kubica, Allison said Hamilton could have saved more energy on his out-lap. “But it’s a little bit of hindsight,” he said.

Once Verstappen caught Hamilton there was nothing Mercedes could do to give Hamilton the power he needed. “We’d already spent the energy by then,” said Allison.