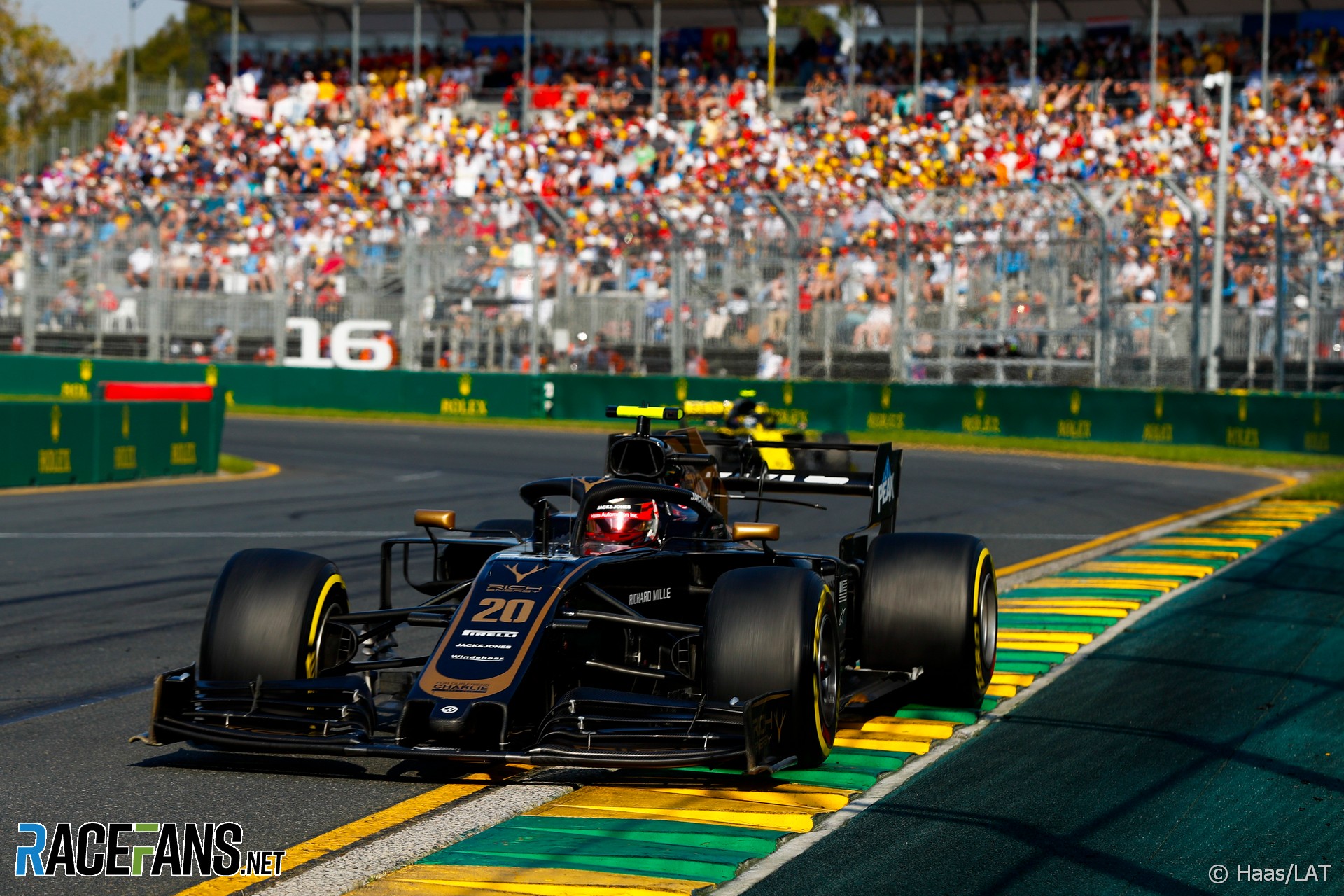 Kevin Magnussen’s performances fluctuated during 2019, though not to the same extremes as Haas’s highly sensitive and inconsistent car. Put those two together and it’s not easy to get the measure of exactly how well he did this year.

In terms of raw race results, Magnussen got slightly more out of the VF-19 than Romain Grosjean. While his team mate was sometimes unlucky, Magnussen rose above the car’s shortcomings more convincingly, and sometimes as Grosjean’s expense.

Magnussen held the upper hand in qualifying, but threw away chances for better starting positions in Canada and Japan by crashing. Grosjean, despite his inferior reliability, finished ahead more regularly.

But Magnussen capitalised on the car when it was at its best. That was why he ended the year with more points. He finished first among the midfielders twice, which Grosjean never managed. Another substantial points haul would have followed in Monaco, but for a strategic error by the team.

Magnussen’s zeal for wheel-to-wheel racing let him down at times, particularly when scrapping with his own team mate, which cost both of them dearly at Silverstone. The same could be said of his disdain for the finer details of the regulations, where an avoidable slip-up diluted his score in Russia.

That said, he was downright unlucky in Singapore, grafting away for a points finish until a Safety Car period and overheating brakes due to a plastic bag ruined his race. A more straightforward braking problem in Austin also spoiled his afternoon.

Magnussen’s performances in the second half of the year weren’t as peaky as his team mate’s in either respect – his lows weren’t as bad but he didn’t hit the same heights either. While Haas’s car clearly let both the team’s racers down this year, it’s not had to see why some feel there’s room for improvement in its driver line-up as well.

What’s your verdict on Kevin Magnussen’s 2019 season? Which drivers do you feel he performed better or worse than? Have your say in the comments.