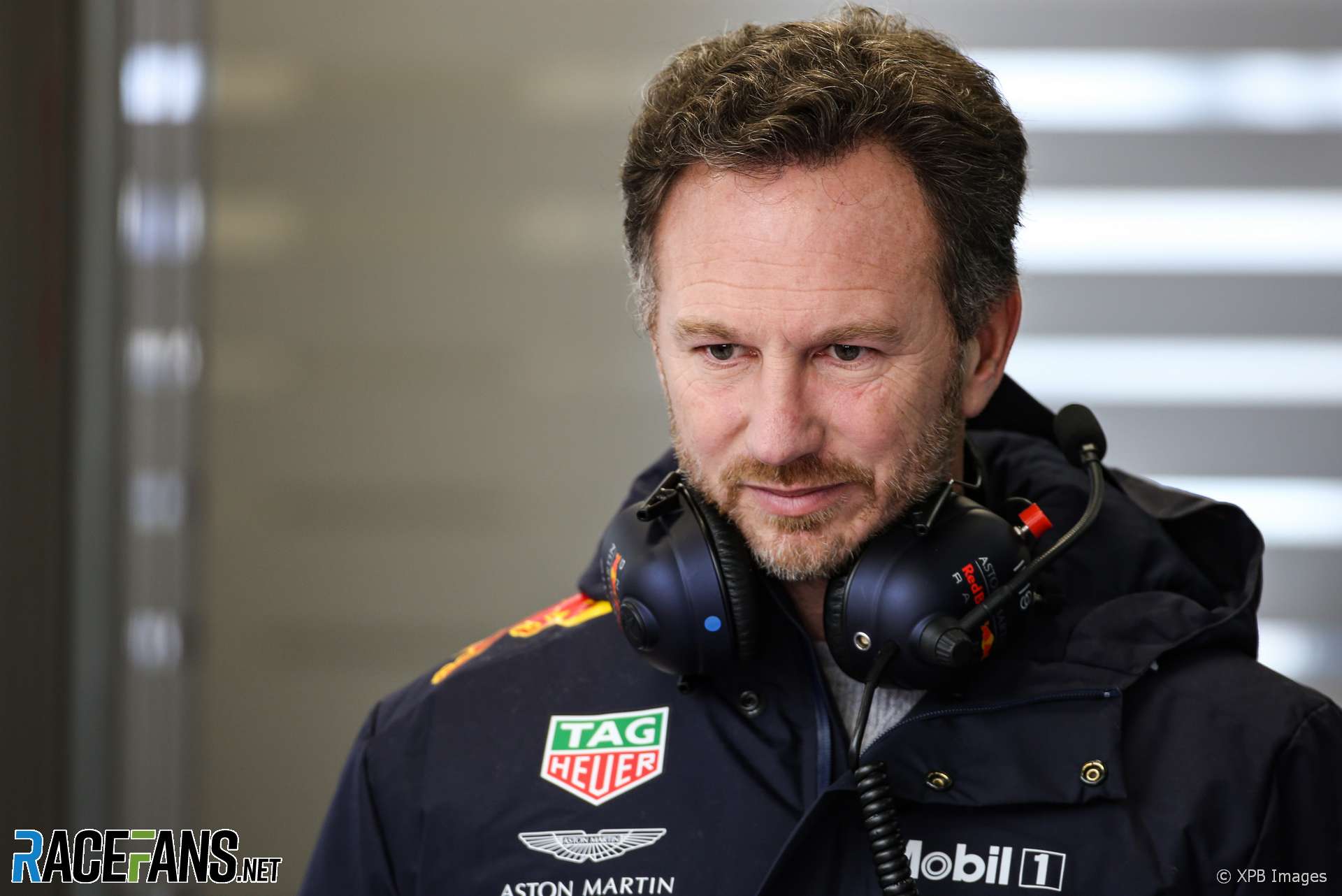 In the round-up: Red Bull team principal Christian Horner dismisses Ross Brawn’s suggestion that Formula 1 could save costs by stopping teams from using their motorhomes at European race weekends.

[f1tv2020testa]Speaking in the ‘Holzhaus’ motorhome which became Red Bull’s regular motorhome last year, Horner said he doesn’t want teams to be forced to use sub-standard facilties.

Ross needs to have a look in his own Concorde Agreement because it doesn’t make any reference to that in their drafts. So I’m not quite sure what he was referring to there.

But you know, this is very sustainable. It’s all out of wood. I think for the European races teams’ hospitality is their face, their home for those European races, it makes sense.

Obviously for the flyaway races we all survive. But I think what’s vital is that moving forward, we get charged a fortune for a tent and chairs and whatever else, that those costs are provided for by the promoter, so that when you turn up, you get a set amount of facilities, that we don’t end up buying tents at every grand prix wherever we go around the world.

…and incredibly, the very next day he lost another win due to a puncture while leading, which decided the title in Alders' favour! pic.twitter.com/UU0EOvvCeR

"He's had problems with Perez, problems with Max (Verstappen)... we, him and I, need to understand that we're not fighting for wins yet, so for us to be tearing each other's heads off is not the way we need to go about our business."

"BlackArts Racing’s Joey Alders of The Netherlands was crowned 2020 F3 Asian Champion after a dramatic season finale at the 4.554km Buriram International Circuit in Thailand today."

Being honest, I’ll be shocked if Latifi out-qualifies or beats Russell at any race. Latifi’s arguably got more to gain by beating Russell than Russell has of beating Latifi – everyone expects there to be little contest.

So Russell ‘hyping’ Latifi up a little isn’t surprising. It’ll be interesting to see if Williams can close up to the field and fight other cars, rather than just each other.
Adam (@Rocketpanda)

28 comments on “Horner: Brawn ‘needs to read his own Concorde Agreement’ over plan to ban motorhomes”