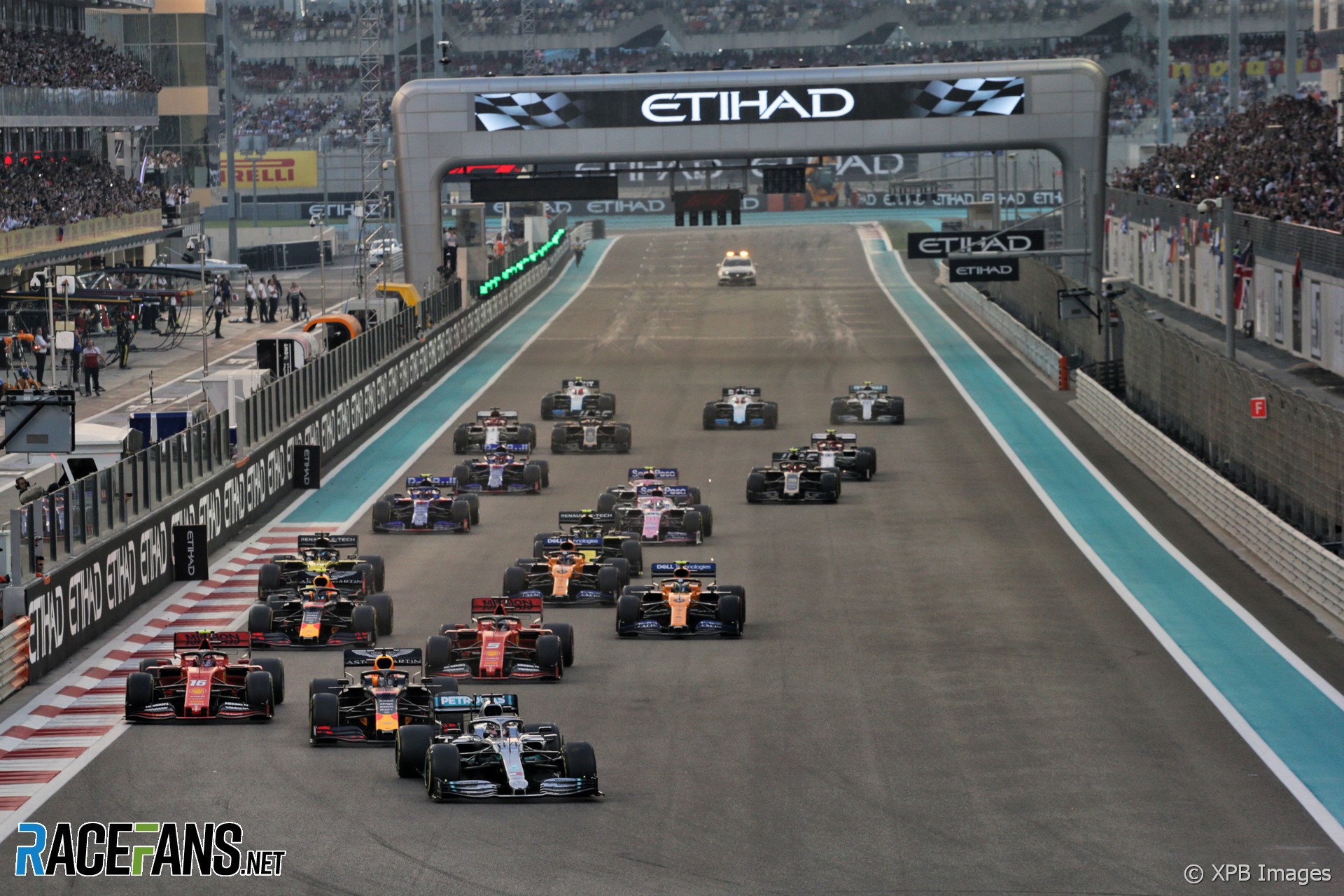 Yesterday’s announcement on how the 2020 F1 calendar might look following the unprecedented disruption to the start of the year told us little beyond how the championship expects to begin and end its season.

But it did offer several indications of what the season might look like in a best-case scenario.

As things stand 12 races are yet to confirm changes to their plans, three have been cancelled (Australia, Monaco and France), and seven others have been notionally postponed. ‘Notionally’ because none of these have yet confirmed when they have been postponed to. We met yet discover some will not get new dates, and therefore are not postponed but cancelled.

However Formula 1 chairman and CEO Chase Carey did name-check one of those races which are currently hanging in limbo. The Bahrain Grand Prix, originally scheduled as round two in March, will go ahead on an unspecified date in December.

It’s not hard to see why Bahrain was the first ‘postponed’ round to get a tentative date. It is the closest circuit geographically to the race it will precede, the season-closing Abu Dhabi Grand Prix, which based on Carey’s words will have to be put back at least two weeks from its original November 29th date.

Furthermore Bahrain’s government-funded race is known to be one of F1’s top-paying events, so the incentive to reschedule it is high. It is also less vulnerable to the consequences of not being able to admit fans if that is still not possible by December, as it is one of the least well-attended races to begin with (though, to be fair, we spoke to two fans last month who were sincerely disappointed at missing their chance to attend the race).

The season will open with ‘ghost races’: Austria and Britain’s rounds will be closed to spectators. Silverstone plans to offer those who intended to attend this year’s race added incentives to transfer their tickets to 2021.

“Silverstone are working on an incentives package to reward those fans that chose to retain their tickets for 2021,” a spokesperson told RaceFans. “The finer details are being finalised but we plan to include team garage tours, signed merchandise and pit lane access to reward the loyalty of our fans.”

Could either use different track configurations to add variety to those races? Forget running them in reverse, however much some drivers may like the idea, it’s a non-starter without substantial investment.

Shorter track variations could provide a solution. Silverstone has two, the Red Bull Ring one, but each may be considered too short for the sport’s needs, particularly in the case of the Austrian track, which already sees F1’s lowest lap times.

So the season will start in Austria and Britain, and end in Bahrain and Abu Dhabi. What happens in between is much less clear. According to Carey “September, October and November would see us race in Eurasia, Asia and the Americas”. Or, in other words, at pretty much any of the remaining tracks.

Some venues already look unlikely to reappear on the schedule. Rescheduling a trip across the Atlantic for as the Canadian Grand Prix will be tricky: While it might make sense to slot the race in alongside the two other North American races at the end of October, the low temperatures in Montreal at that time of year may prevent that.

It doesn’t look good for F1’s two new races for 2020 either. Reinstating Vietnam, which was supposed to hold its first ever F1 race this year, would be a major coup, but the fact Hanoi was due to stage a street race makes it logistically difficult.

Zandvoort’s return to the F1 calendar will probably have to wait another year as the Dutch government has announced an extension to its ban on public events until the beginning of September. Likewise Spa halted ticket sales for the Belgian Grand Prix on August 30th after public events there were called off until the end of that month.

Other European race promoters will be nervously hoping the same fate doesn’t befall their events. Or, in the case of Britain and Italy, that the significance of the motor sport industries in their countries might help secure the future of those races.

As a street race, Singapore is unlikely to countenance its grand prix being moved from its scheduled date. But any event based in a city may have concerns over importing large numbers of people, which applies to Mexico and Brazil’s rounds too. These races have time on their side, however, being over six months away.

Changes at that end of the calendar could open an opportunity for other flyaway races to be rescheduled. Baku is a street race, so that will be a stretch, but it’s another big-ticket ‘propaganda race’ F1 will be at pains to lose.

A slot may also be found for the Chinese Grand Prix to be reinstated. F1 is already indicated this race weekend is likely to be cut from three days to two so it can run back-to-back with another round.

This principle could be applied elsewhere to meet Carey’s goal of holding 15 to 18 races this year. The lower number is thought to be close to the minimum F1 can hold without having to discount its highly lucrative deals with television broadcasters.

F1 will be desperate to sustain these deals, which explains why it is prepared to go to the lengths of reimbursing circuits for lost gate receipts in order to hold races behind closed doors. This likely also explains why Bahrain and Abu Dhabi have been pencilled in as the season-closers at this early stage. In the event of further mid-season cancellations, these might be pressed to hold extra races, as Austria and Britain appear set to.

But at this stage this all remains highly tentative. The French Grand Prix was cancelled only yesterday, and the likelihood is there are still more races which will have to give up on their hopes of holding any race this year, let alone one behind closed doors.

“All of our plans are obviously subject to change as we still have many issues to address and all of us are subject to the unknowns of the virus,” Carey acknowledged yesterday. “We all want the world to return to the one we know and cherish, yet we recognise it must be done in the right and safest way.”

As things stand the first race of the season is over two months away, and F1 needs the global situation to get better quickly to have any hope of reaching its new start date.

Races listed by their dates on the original 2020 calendar.

28 comments on “How much of its 2020 season can F1 realistically salvage?”