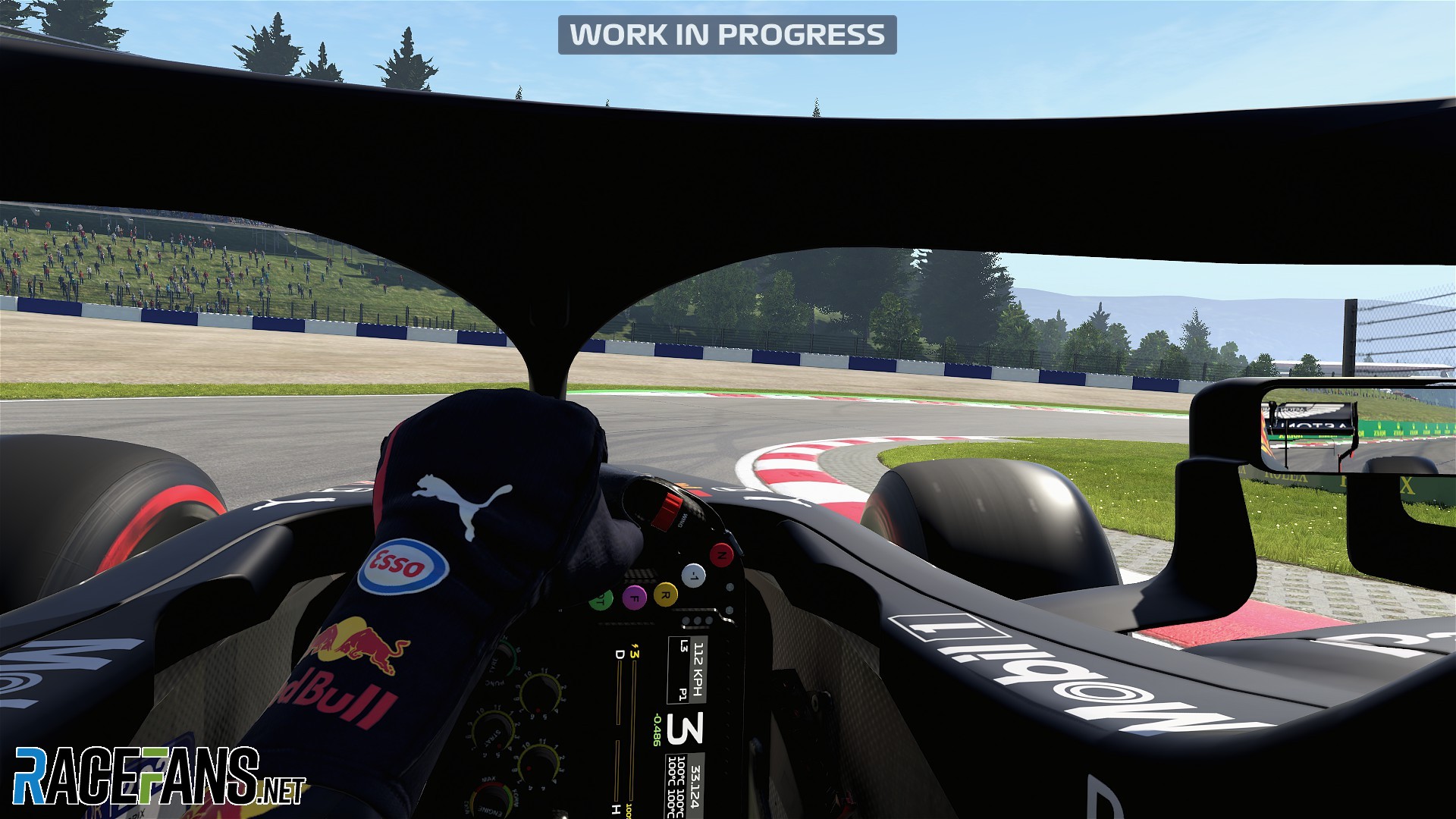 An official Formula 1 simulation game could be offered alongside the current series produced by Codemasters in the future.

The sport’s digital head said introducing such a title could be an “interesting” long-term development.

Other motorsports such as NASCAR licence their cars to appear in simulators like iRacing in addition to ‘arcade’ titles such as the NASCAR Heat series. The only officially-licensed F1 racing game for major platforms is the series produced by Codemasters.

F1’s head of esports and digital business Julian Tan said having an “accessible” game is the sport’s priority. However he believes simulation titles are becoming “increasingly important” and producing one would be of interest in the “long term”.

“For Formula 1 specifically, we have a terrific game in the Codemasters game that helps us achieve our core objectives at this moment,” Tan told the Black Book Motorsport Esports and Gaming webinar when asked whether F1 could licence a simulation title like NASCAR’s.

“Certainly in the long term future I think that it would be interesting. I think would be a good move as well to start seeing how we can build capabilities within other parts of that gaming infrastructure, gaming ecosystem in the in the field of simracing.”

F1 has expanded its range of official games in recent years. A new official Formula 1 management game series was announced earlier this year.

Tan said the emergence of “hardcore simulation” titles is “an incredibly important narrative” within esports.

“When you take a step back outside of Formula 1 for a second, you think esports as a product, esports is essentially the use of a video game in a competitive setting, you get [professionals] playing that and I think a lot of it will come down to a wider gaming portfolio. So being able to have the capabilities and the gaming titles within each of these different niches I think is important.

“I do think that simulation will become increasingly important. When we think about the longer-term strategic objectives of Formula 1 esports and how we operate within this space, I think that there are many, many levers.

“We talk about accessibility and for us, I think the first and foremost priority is how we can use esports to break down borders and increase accessibility. And I think that the Codemasters game actually does a terrific job of doing that because it still provides an authentic experience without being overly [demanding], I would say, from a difficulty perspective. It provides accessibility, which I think is a good thing.

“But when you think about other strategic objectives that esports within motorsports could potentially fill whether that is the blurring of lines between the virtual and the real, I think that our Codemasters game does a great job but if you wanted to have that more porous movement between both realities, I think that having a sort of a simulation-focussed game does help those objectives.”

The latest edition of the official Formula 1 game, F1 2020, will be released in July.