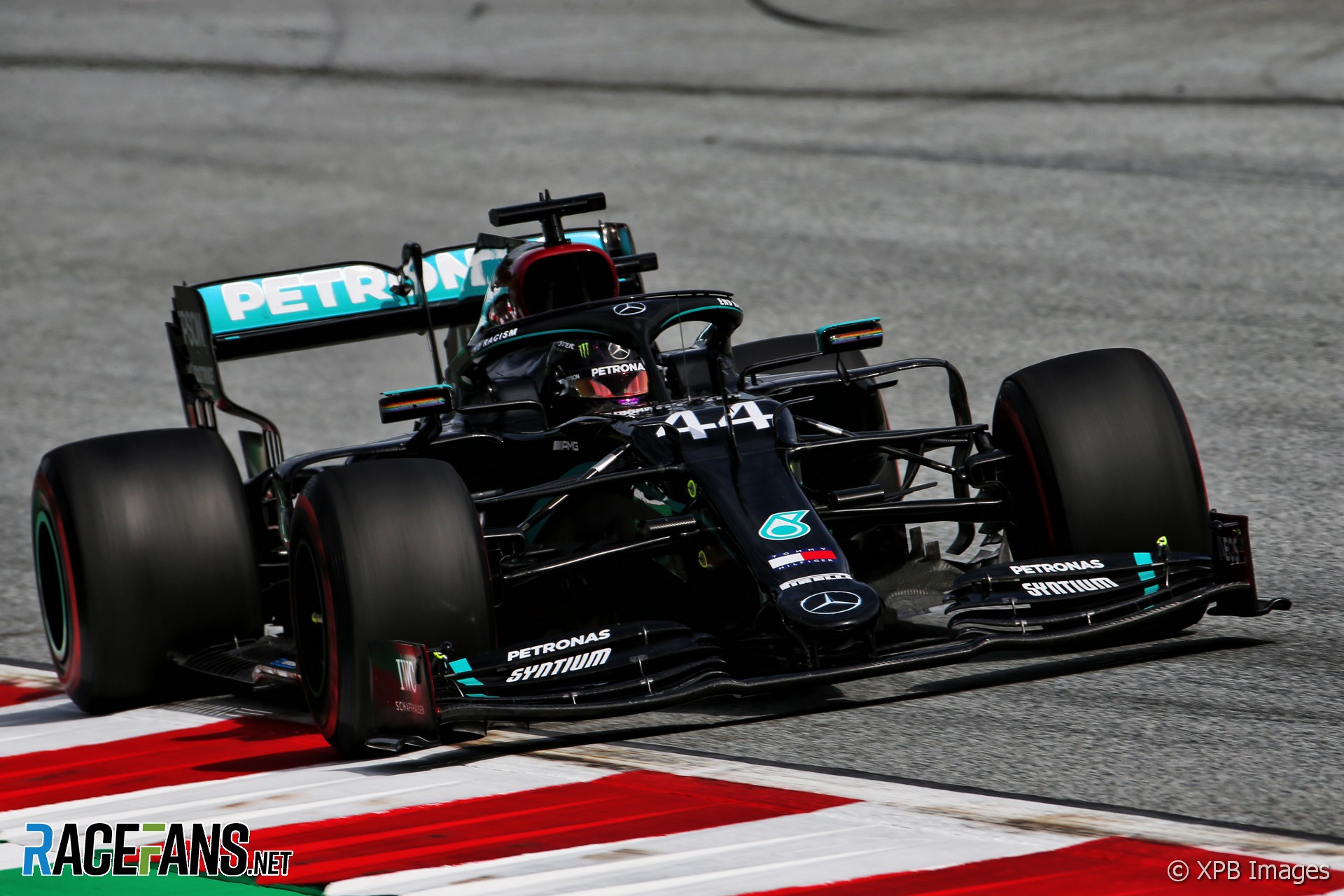 A statement from the FIA confirmed the cars of Lewis Hamilton and Valtteri Bottas were subject to a protest from Red Bull concerning two aspects of the technical regulations.

Mercedes are accused of an “alleged breach of FIA Formula 1 Technical Regulations, Articles 3.8 and 10.2.3, during free practice session P2”. The rules in concern the rigidity of aerodynamic devices on the car and alterations to the suspension system, indicating DAS is the focus of Red Bull’s complaint.

Representatives of Mercedes have been called to a meeting of the stewards at 7:10pm local time. The teams’ cars finished first and second in both today;s practice sessions at the Red Bull Ring.

DAS, which was first seen on Mercedes’ cars during pre-season testing, allows its drivers to adjust the toe angle of its front wheels by sliding the steering wheel forwards and back.

Mercedes originally considered introducing DAS during 2019. It discussed its plans with the FIA, and made revisions to its operation before running it at the Circuit de Catalunya in February. At the time an FIA representative advised RaceFans the device appeared to be legal.

However Red Bull indicated earlier today they had asked the FIA to clarify the legality of the device, which they have now followed up with a formal protest.

Speaking in an FIA press conference earlier today, Mercedes team principal Toto Wolff said the team had discussed the design of DAS with the FIA and “we think we are on the on the right side.”

Red Bull have cited the following regulations in their protest against Mercedes:

a) Must comply with the rules relating to bodywork.
b) Must be rigidly secured to the entirely sprung part of the car (rigidly secured means not having any degree of freedom).

Any device or construction that is designed to bridge the gap between the sprung part of the car and the ground is prohibited under all circumstances.

No part having an aerodynamic influence and no part of the bodywork, with the exception of the parts referred to in Articles 3.7.10, 3.7.11 and 3.7.12, may under any circumstances be located below the reference plane.

With the exception of the parts necessary for the adjustment described in Article 3.6.8, any car system, device or procedure which uses driver movement as a means of altering the aerodynamic characteristics of the car is prohibited.
Technical regulations article 3.8

No adjustment may be made to any suspension system while the car is in motion.
Technical regulations article 3.8