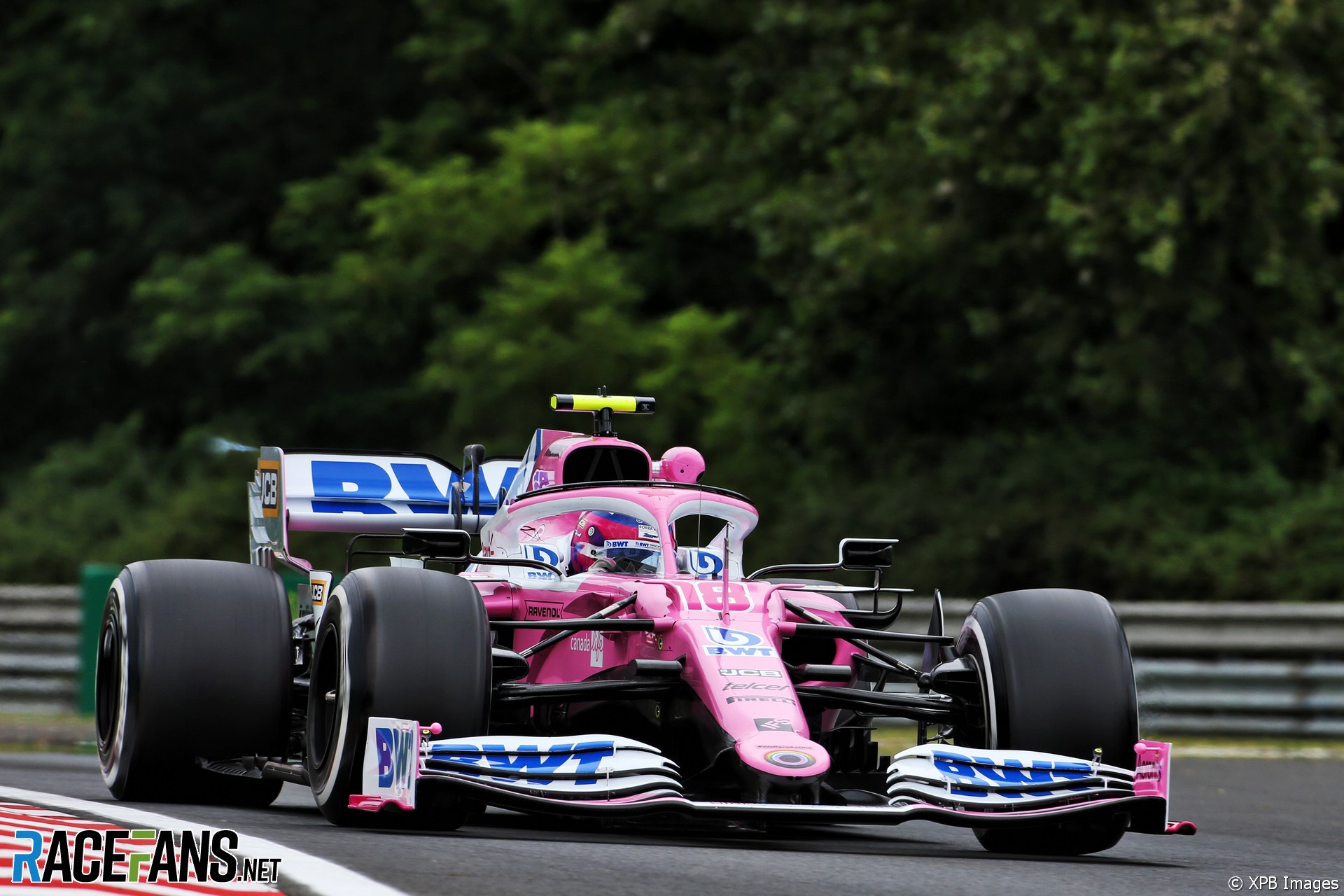 While debate over Renault’s protest against Racing Point continues at the Hungaroring, the pink team continues to show a remarkable step forward in performance compared to last year.

At this race 12 months ago neither of its cars got out of Q1. They were the only team all year to be beaten by Williams in a qualifying session, as Sergio Perez and Lance Stroll lost out to George Russell.

But 12 months on they lapped over half a second quicker in the only dry session so far, on a dusty, low-grip surface. No other team has got within six-tenths of a second of their best lap time from last year.

That includes Red Bull, who were nearly three seconds off their 2019 benchmark as they concentrated on development work in first practice. Rain in the afternoon completely obscured any picture of their potential.

However Max Verstappen’s verdict on their first day of running was: “Not so good.”

“[There’s] plenty to look into,” said last year’s Hungarian Grand Prix pole-winner. “Of course a little bit of a shame that it was raining in the second practice otherwise I think we already could have had a look. But a lot of work to do.”

Red Bull were widely expected to be the strongest challenger to Mercedes. The two black cars topped the times sheets again, Valtteri Bottas slightly shy of Lewis Hamilton, but confident he can make up the deficit.

“It seemed like we were in a good place,” he said. “Balance-wise myself, I was struggling quite a bit with understeer but that can be normally fixed. So I think not a bad start.”

McLaren, who starred in Austria, did not have a great Friday. “It’s weird,” said Carlos Sainz Jnr, concurring with his team mate’s assessment. “There was nothing fundamentally wrong with the car it’s just the lap time and the way they we made the tyres work, we were not switching them on the way we want to do.”

The inclement conditions which made hard work of reading the teams’ performance on Friday looks set to continue. Pierre Gasly, who hasn’t turned a dry lap yet, is hoping the rain returns.

“I would love a wet race,” he said. “I think tomorrow it seems to be slightly better than expected at the beginning of the weekend so I think we should get a dry quali. This morning for Danny [Kvyat] it was quite difficult for us on the dry. So let’s see what we can do tomorrow.

“But I think if it’s wet on Sunday, a wet start and drying conditions, it’s always more fun for us and also for you guys to watch. So I wouldn’t not mind that.”