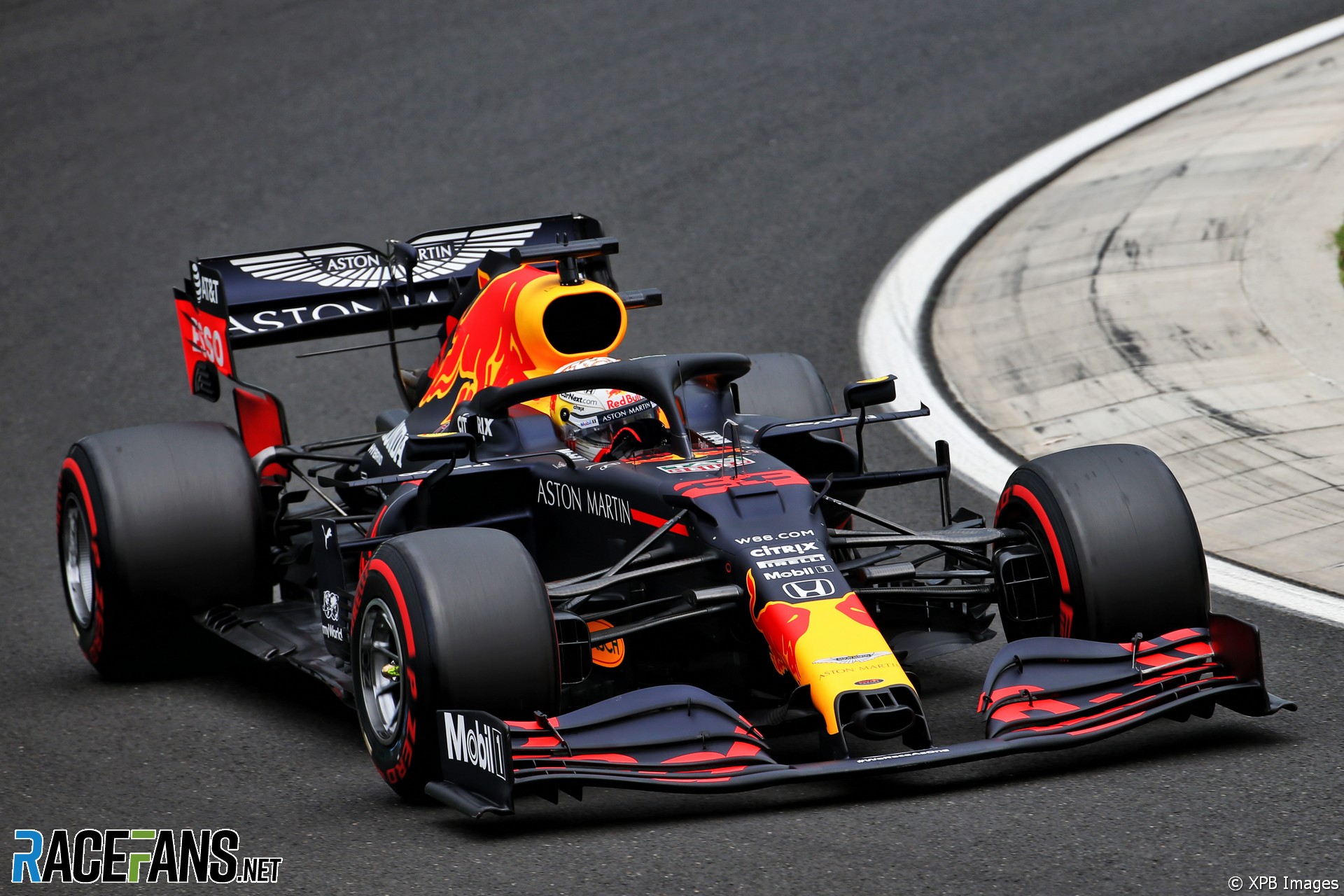 In the round-up: Red Bull team principal Christian Horner says the team obtained useful data from the Hungarian Grand Prix which should help them address their suspected aerodynamic problem.

Horner said Red Bull is working to understand why they were surprisingly far from the pace in qualifying at the Hungaroring:

I think we’ve got something misbehaving aerodynamically. It’s obviously a matter of understanding that and addressing that. In certain conditions the car is behaving as expected.

I think we’ve actually got some very good data from this weekend so obviously the team will be working hard to understand it and to resolve it quickly as we can.

Red Bull motorsport consultant Helmut Marko says former FIA president Max Mosley and ex-F1 boss Bernie Ecclestone would have changed the rules to slow them down if they'd been as dominant as Mercedes are.

"When you read this cancellation notice we got from the FOM yesterday, it just doesn't stand up. It's clearly sort of an almost invented reasoning to cancel the race."

"The decision stirred outrage among the Thai public over the culture of impunity enjoyed by the kingdom's rich, with the hashtags #BossRedBull and #BoycottRedbull trending on Twitter in both English and Thai over the weekend."

"Everything is clicking right now. We haven’t won yet, but we’ve been in position to win. At Indy in the Grand Prix, if it hadn’t been for the yellow, it was Graham’s race – there wasn’t any doubt of that."

Andrew suspects F1 cars could prove too fast to race well at Mugello:

It will be an interesting event but probably not so much a great race. It’s an amazing track with flow even in Forza. But great flow in the track makes for good GT or even prototype racing, but it’s terrible for F1 if you want cars passing all the time. The wash will make some of the long corners impossible to follow and get that great draft, or even DRS, because you’ll have to take a worse line or drop back.

That said, qualifying should be crazy to watch and possibly better than the race.
Andrew