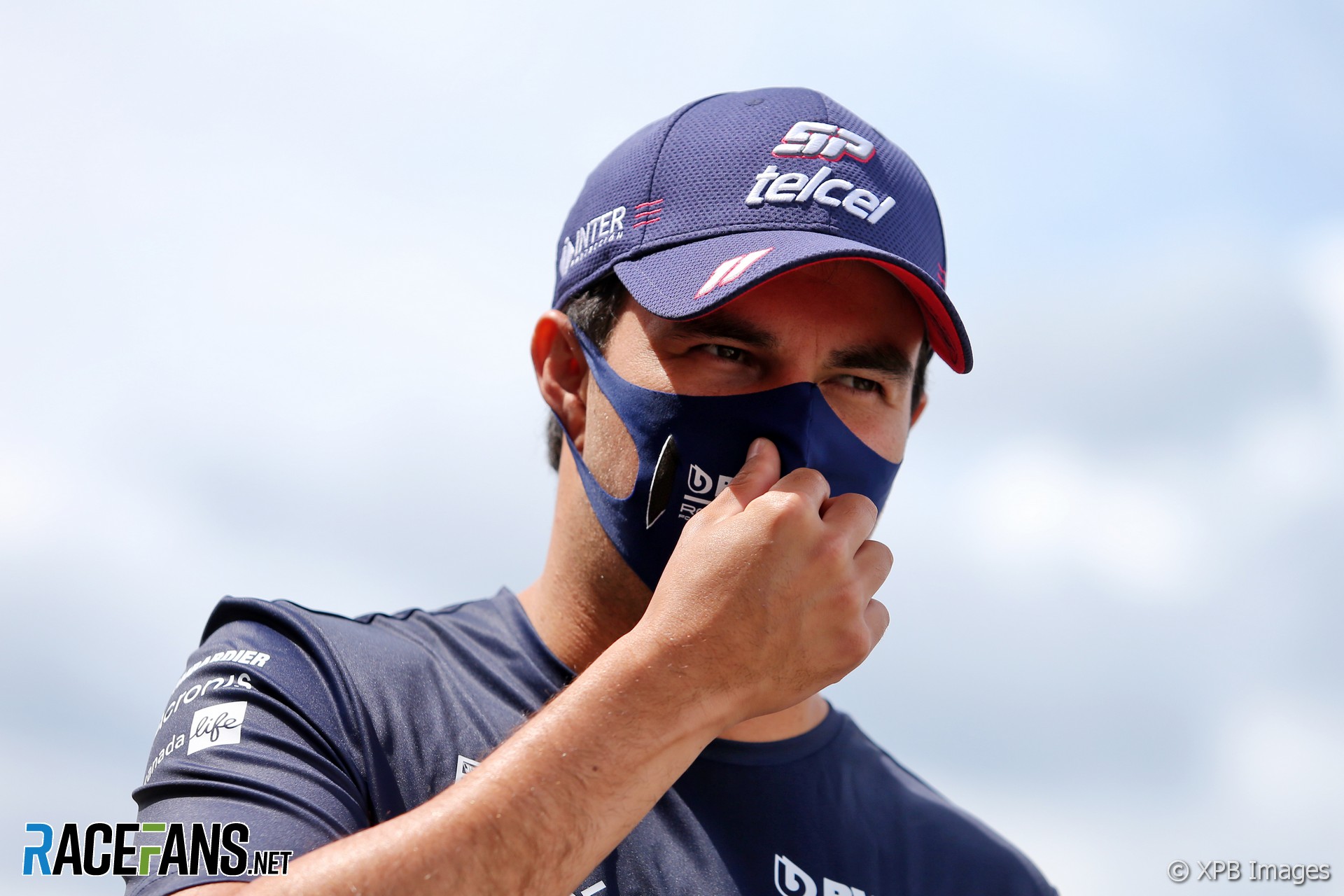 Sergio Perez says he complied with all protocols to minimise his exposure to Covid-19, prior to testing positive for the virus.

The Racing Point driver has been ruled out of this weekend’s British Grand Prix after the positive test was disclosed yesterday. Perez had previously returned an inconclusive test result which led him to be absent from the track on Thursday.

Perez told his followers on social media he is “extremely sad” about the situation. “It’s definitely one of the saddest days of my career.

“The amount of preparation that we put into this weekend to be 100% ready for it, I knew I had a great car underneath me, that the team has done a fantastic job. I’m really sad that this happens.”

He confirmed he had returned to Mexico between the Hungarian and British grands prix, but insisted he complied with all relevant restrictions.

“This just shows how vulnerable we are all to this virus,” he said. “I followed all the instructions from the FIA, from my team after Hungary to go to Mexico to see my mum for two days because she had a big accident. So as soon as she left hospital I was able to see here.

“Then I came back to Europe the same way, all the protocols in place. I just got it, I don’t know from where. I have no symptoms at all.”

Many of Perez’s rivals have sent messages of support to him since the news of his positive test broke yesterday. “I want to thank all my fellow drivers for all the support they have given me, my team, the authorities, the fans,” he said.

“It’s certainly a tough moment for me at the moment but I’m sure I will come back stronger than this.”

Racing Point are expected to confirm Perez’s place will be taken by his former team mate Nico Hulkenberg, who has been seen in the Silverstone paddock this morning accompanied by Racing Point staff.