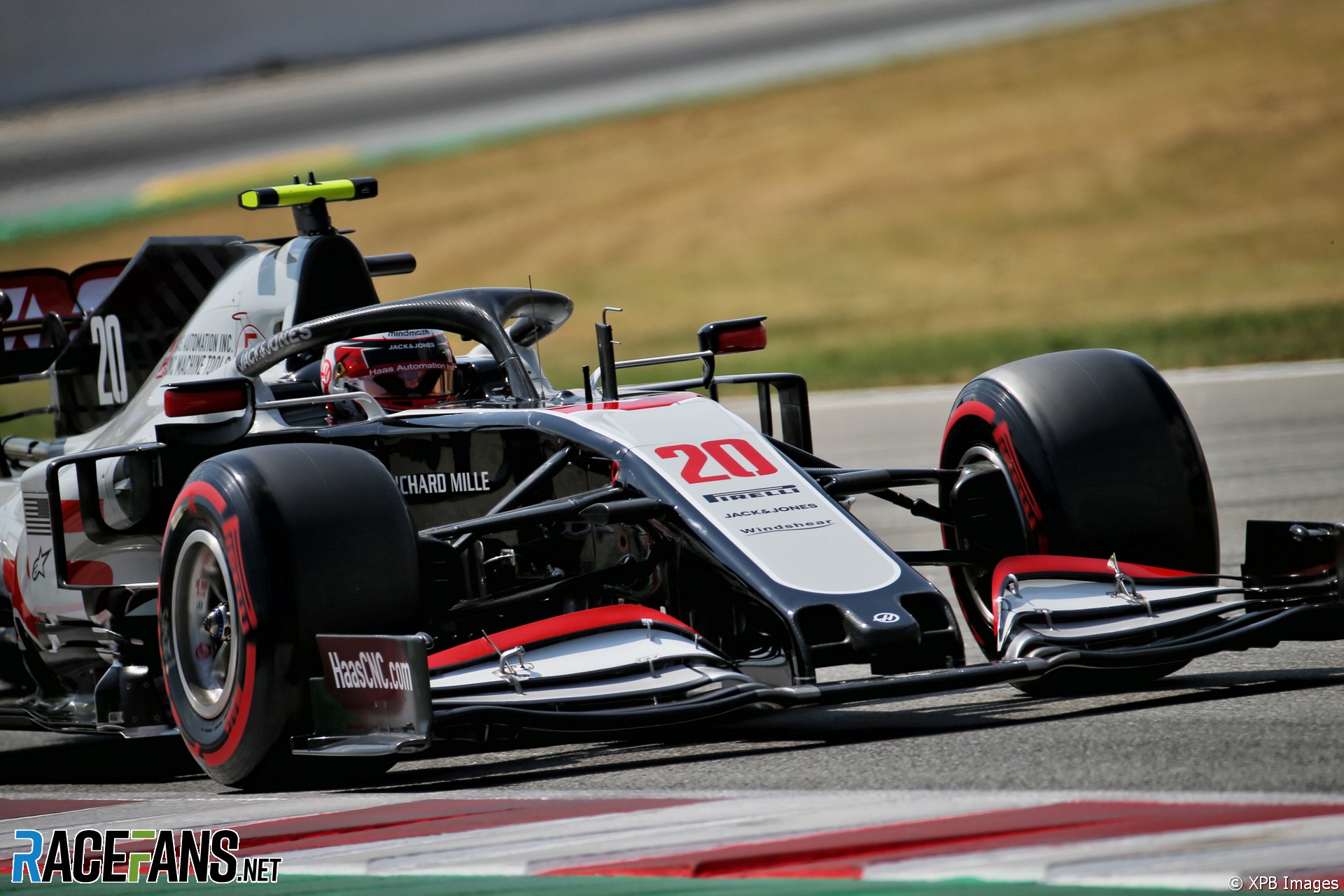 Both Haas drivers went out in Q1 following the team’s strong showing on Friday because their ‘quali mode’ isn’t as power as their rivals’, according to team principal Guenther Steiner.

Romain Grosjean set the fifth-fastest time in second practice yesterday. He fell to 17th in qualifying, one place behind team mate Kevin Magnussen, both of which dropped out in the first round.

Steiner suspected at least part of the difference came about because “a lot of the other people can put the quali mode on.”

“Our drivers just had understeer a lot,” he added. “Kevin said he never had a complete clean lap which didn’t help but that I wouldn’t put that down to that, I think the performance just went away from yesterday to today.

“Already this morning it looked a little bit getting iffy with the understeer. It’s just when we turn it up there is only a little we can turn up on the engine side.”

Today’s qualifying session may have been the last in which teams can use ‘quali modes’ to gain performance boosts from their cars. The FIA intends to ban them before the next round of the championship in Belgium.

Steiner hopes that will play into their hands. “Hopefully we make a step with the engine mode,” he said. “Because if you qualify back there, to move forward in the race is so difficult because you’re so much in dirty air and the attrition there is much more.”

However he admits it’s hard to judge exactly how much his team’s rivals are gaining from their quali modes. “I don’t know exactly what will happen because I don’t know the engine modes of the other people,” he said. “I know something, but it’s all calculations.”

The FIA’s planned ban on ‘quali modes’ should arrive just in time for the races on F1’s two most power-sensitive circuits. That should give us some insight into just how much teams gain from these modes.

However much extra power Mercedes have on tap, they weren’t able to break the track record at the Circuit de Catalunya this weekend. They were one of just three teams who were slower at the track this year than they were 12 months ago.

Two Ferrari-powered teams were also slower than last year: Ferrari themselves and Haas, who took the biggest step backwards. But Alfa Romeo, who had been slowest at every track so far this year, finally showed signs of progress. They were four-tenths of a second quicker than last year, and Kimi Raikkonen took his C39 into Q2.