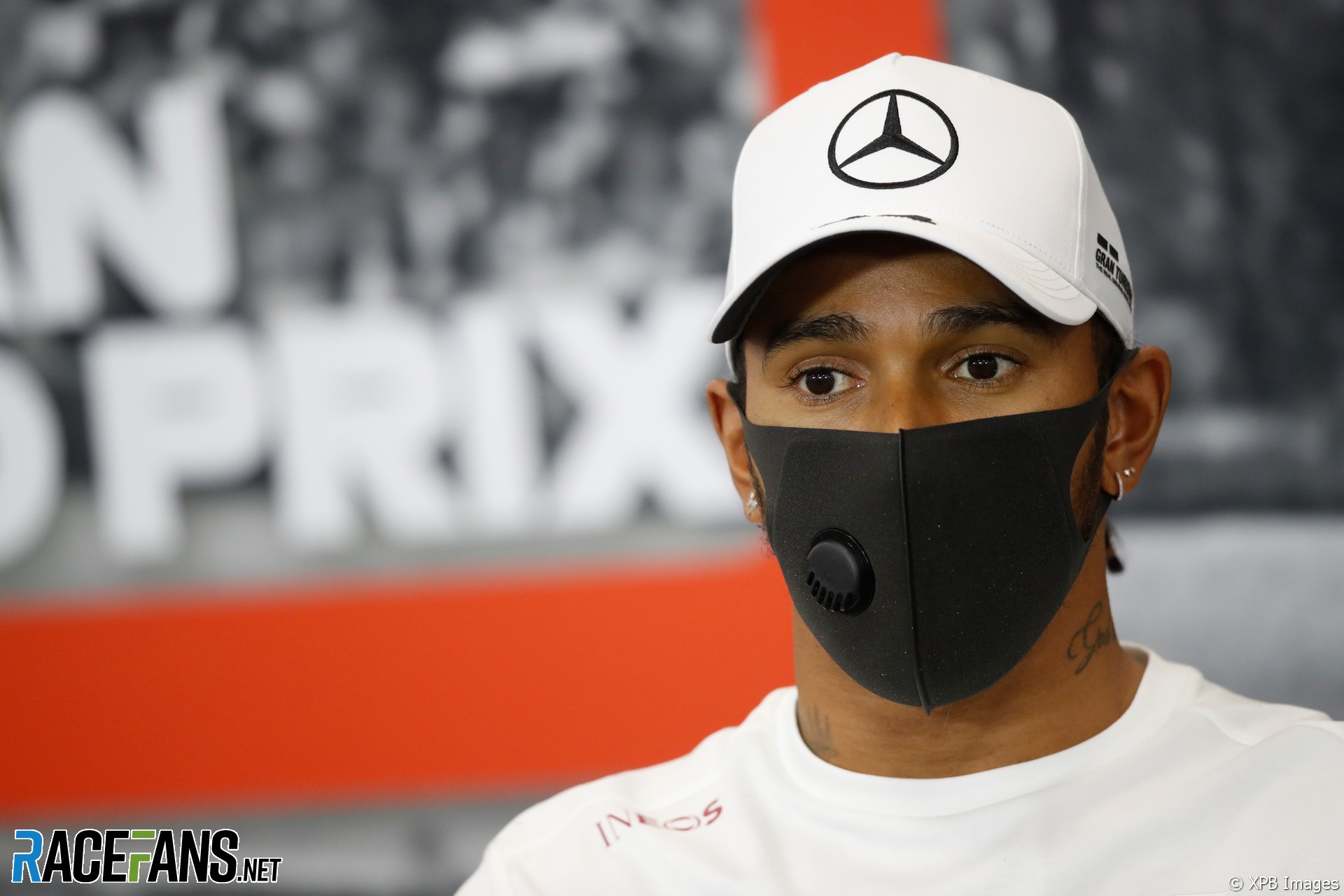 Lewis Hamilton says he does not intend to join other sportspeople in boycotting events in protest over the shooting of Jacob Blake in America.

Top-level baseball, basketball and football matches have been cancelled in the USA after teams decided not to play in response to the shooting of Blake, a black man, by a police officer in Kenosha, Wisconsin.

Hamilton, who has been a vocal supporter of anti-racism protests, praised sportspeople for their roles in the boycotts on social media. However speaking in today’s FIA press conference he said he will not stand down from this weekend’s F1 race in Belgium.

“Firstly I think it’s incredible what many out there in the States are doing within their sports,” said Hamilton. “All the way down to the people that are hosting, commentators for example. So many people are standing with the players and really pushing for change. It’s a shame that that’s what needed over there to get a reaction.

“But that is in America and I don’t know if really me doing anything here will particularly have an effect. We’re in Belgium, we’re not in the United States.

“I haven’t spoken to anybody about it but I am really proud of so many out there and I do stand unified with them trying to do what I can over here. I don’t really know how us not doing the race – it will still go on – is a thing.”

Formula 1 has introduced a formal pre-race anti-racism ceremony this year at the urging of Hamilton and other drivers. Hamilton said he will continue to discuss ways to promote the cause with senior figures in the sport.

Sebastian Vettel said any decision to boycott a race would be taken jointly by the drivers but he doesn’t believe it is necessary at present.

“I don’t think it makes much sense now to go as far as that because nothing is on the table or there’s no reason to boycott a race. But I’m sure that if we’re unhappy with something we talk about it first and then take actions accordingly.”

However Vettel believes it is important for F1’s pre-race anti-racism observance to continue.

“If you ask how long are we going to continue, there’s no answer on that. The question is it is important to us to keep sending the message and stand for that. And that’s, I think, what we will continue to do.

“The measures that have been taken in the US with some players boycotting or going on strike and not going out for the games and therefore the games having to be postponed, I think maybe they are more US-specific. I don’t know the complete backgrounds but I think from where we are we seem to be quite happy as drivers with our actions and want to keep sending that message.

“Having said that, we know that it doesn’t change things overnight and it’s only a very, very small contribution. But hopefully everybody that’s tuned in and sees it gets the point and gets the message, and takes a little bit of that for the next steps that he’s facing in life.

“Because I think one thing is to take action in public. But more important is what everybody is deciding, or how everybody’s acting and confronting it, once the cameras are off. And that’s true for us being in the spotlight a certain amount during the weekend, but also valid for everyone else.”