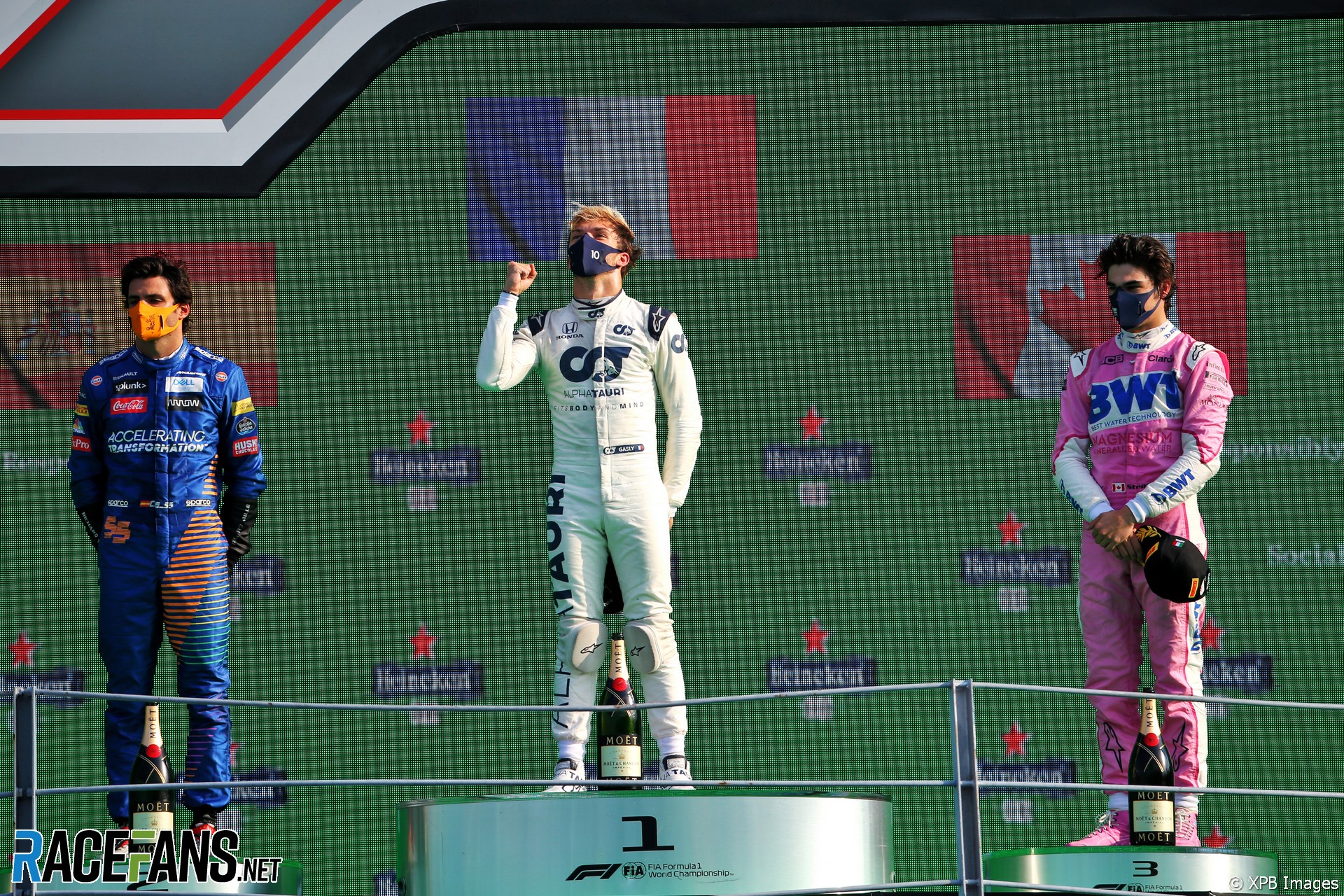 Pierre Gasly says he is struggling to believe that he has won the Italian Grand Prix after taking his first career victory in a dramatic and chaotic race at Monza.

Gasly struggled to find the words to describe his emotions after he became the 109th driver in world championship history to win a grand prix.

“Honestly, it’s unbelievable. I’m not sure I’m realising what’s happening right now,” says Gasly. “It was such a crazy race. We capitalised on the red flag. The car was fast. We had a pretty fast car behind us.”

Gasly paid tribute to his AlphaTauri team after a tumultuous start to his Formula 1 career that saw him demoted from Red Bull Racing back to the team in 2019.

“I’ve been through so much in the space of 18 months,” says Gasly. “My first podium last year with AlphaTauri, I was already like ‘wow’. And now my first win in Formula One in Monza… I struggle to realise.

“This team has done so much for me. They gave me my first opportunity in F1, they gave me my first podium, now they’ve given me my first win. It’s crazy, honestly. I’m so happy. I can’t thank them enough, Everyone from AlphaTauri to Honda too. It’s a power-sensitive track and we won the race ahead of all the Mercedes, Ferrari and Renault cars. So it’s just an amazing day.”

By taking his first win, Gasly becomes the first French driver to take the top spot on the podium since Olivier Panis took victory at the 1996 Monaco Grand Prix.

“Olivier Panis was the last one,” says Gasly. “I’ve always said since I came into F1, that’s one thing we need to change. It’s been so long. I never expected it would happen to us with AlphaTauri. We just kept focusing on ourselves since last year, working, improving, step-by-step. It’s crazy, honestly. I’m just so happy.”