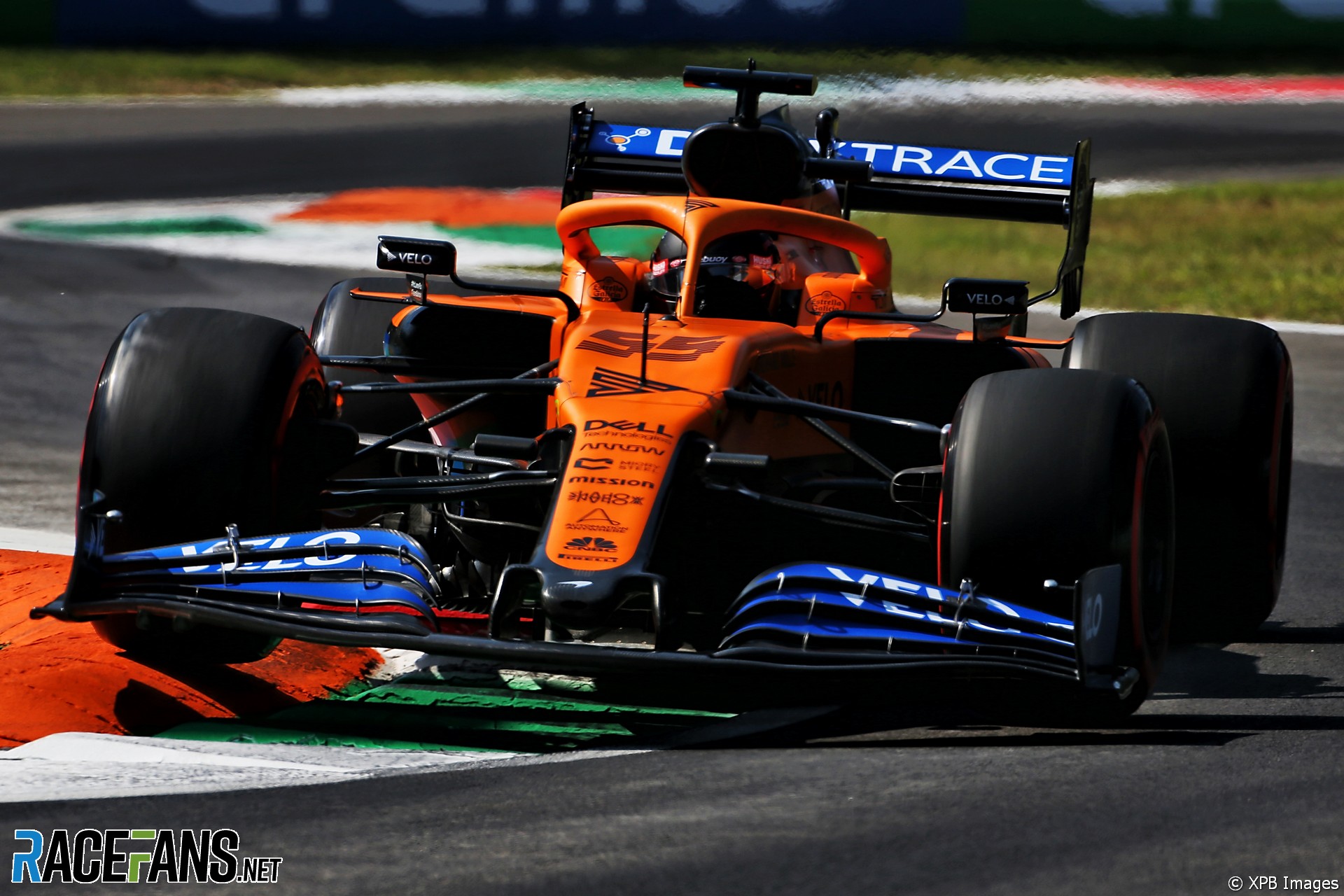 He may have finished second to Gasly but Sainz gets top billing here after a consistently strong performance throughout the weekend. His full-attack qualifying lap, which put him ahead of the midfield pack by a slender margin, meant he was on course for a great result even without the Safety Car.

Having picked off the slow-starting Valtteri Bottas, Sainz could well have taken second place on merit. The red flag handed an advantage to several rivals, however. He quickly passed most of them, but fell four-tenths of a second short of catching Gasly.

While Gasly was fortunate with the timing of his pit stop, others had already come in by that point, but only he was far enough up the order to fully capitalise. This was thanks to another of his first-rate qualifying performances.

He also had to pass Lance Stroll at the restart, which he did easily. As Sainz loomed in, there was never a hint Gasly was about to buckle under pressure, making this a fine performance.

After fluffing his start again, Valtteri Bottas never found his way back into the race. It may well be the case that stripping drivers of their ‘quali modes’ made overtaking more difficult, but he still went from the front row to fifth in a car which was easily quick enough to win.

He was only three-tenths of a second of Max Verstappen in qualifying, which was one of his better performances, but it bears pointing out Monza has just six proper corners.

Albon collided with Romain Grosjean at the start, and though the stewards said the incident was “not intentional”, it led to a five-second penalty. He came in 15th, with only only Antonio Giovinazzi behind him, a painful result given Gasly’s triumph.

It should have been another routine win for Lewis Hamilton and would have been had he spotted the ‘pit lane closed’ signs. In his defence, other drivers overlooked them as well, and either copped the same penalty (Giovinazzi) or were saved by their teams’ quick reactions (Sergio Perez). Finishing two places behind his team mate was a remarkable piece of damage limitation.

Lando Norris looked very fortunate to avoid a penalty for backing the field up when they pitted under the Safety Car. Nonetheless he backed Sainz up with an excellent fourth, though he couldn’t find a way around Stroll to make it a double podium for McLaren.

The Racing Point drivers had sharply differing fortunes. Perez pitted under the Safety Car, lost time behind the dawdling Norris and was swiped by Verstappen at the restart, leading to a 10th-place finish. Stroll lucked in by not pitting which meant he could change tyres during the red flag period, restarted second and had a chance to win, but lost out to Gasly at the restart and was passed by Sainz as well.

The Renault pair collected sixth and eighth, lacking the turn of pace their car enjoyed at Spa. Daniel Ricciardo hounded Bottas in sixth while Esteban Ocon was justifiably unimpressed at his team failing to keep his tyres warm for the restart.

Kimi Raikkonen made sure his team didn’t make the same mistake by badgering them on the radio to wrap his tyres in blankets. But it wasn’t enough to prevent his eventual descent from second at the restart to 13th at the flag, his Alfa Romeo easy pickings on the straights for his rivals. He had once again been waved past by Antonio Giovinazzi, who collected the same penalty as Hamilton, despite Alfa Romeo having around a minute longer to avoid the same mistake.

It wasn’t a good weekend to have a Ferrari engine. Charles Leclerc was making a better job of another poor weekend for Ferrari when the ill-handing SF-1000 got the better of him. Sebastian Vettel was already out by that point with brake failure. Kevin Magnussen’s power unit failed in the race after he went off in qualifying, and Romain Grosjean regretted a ride height change before qualifying which made his handling tricky.

While Gasly won, Daniil Kvyat lucked out at the same Safety Car period and could only manage ninth.

There was no joyful points-scoring send-off for Williams, though Nicholas Latifi got within 10 seconds of the top 10 after an excellent start, having jumped ahead of George Russell by pitting before the Safety Car period which changed the course of the race for so many drivers.