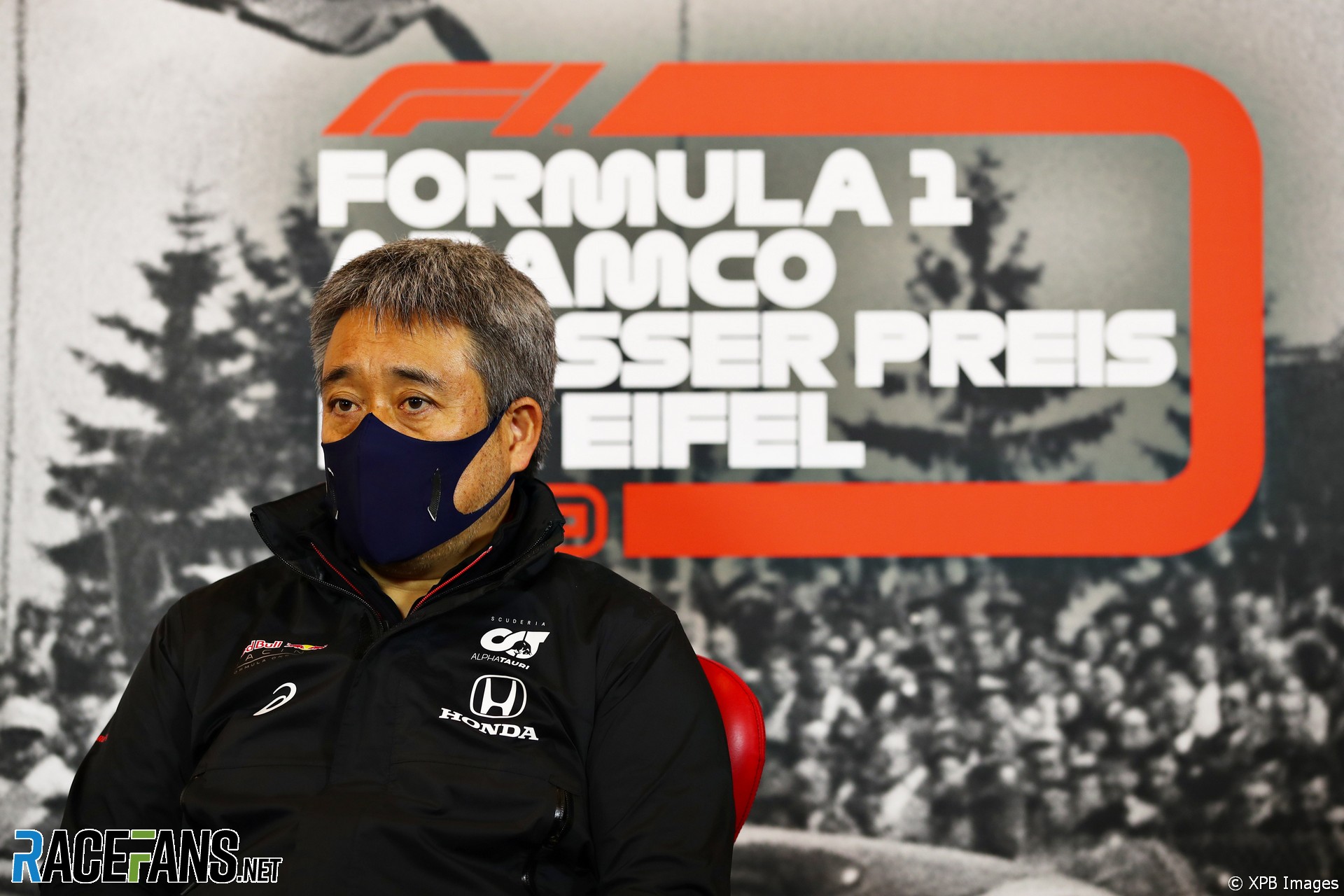 Honda F1 managing director Masashi Yamamoto has explained why the company extended its commitment to IndyCar racing, despite the move seemingly being at odds with its reasons for leaving Formula 1.

Honda announced last week it will leave F1 after the 2021 season in order for the company to refocus on building battery and fuel cell electric vehicles to achieve net carbon neutrality by 2050.

A few days later, the US-based Honda Performance Development division which runs its IndyCar engine supply programme, affirmed the company’s long-term commitment to the seriesmaas. IndyCar does not yet use hybrid engines, but plans to introduce them in 2023.

Speaking in today’s FIA press conference at the Nurburgring, Yamamoto said “it was a difficult decision” for the company to leave F1. “We had to make the decision to work on future carbon neutral projects.”

The Formula 1 project was cut because of the need to move engineers to other projects, said Yamamoto.

“We also considered pursuing both Formula 1 and the work that we’re doing before the rapidly approaching requirement for carbon neutrality. In the end, the decision was taken to shift the top engineers for the work on future power units, et cetera. And unfortunately, we were unable to continue with Formula 1 as a result of that.”

Yamamoto said HPD’s decision to continue its IndyCar project was a decision taken by it independently of Honda’s move to leave F1. “Our work on IndyCar is run by HPD, which is an independent part of Honda within America,” he said in response to a question from RaceFans.

Honda’s F1 project is run between two facilities in Sakura and Milton Keynes. Their Japan-based engineers are needed to be moved to the project for carbon neutrality from the F1 project, unlike those in the US.

“In this case, a lot of our R&D staff are based in Japan, which meant that for our future work, we had to allocate engineers who otherwise had been working in Japan,” Yamamoto confirmed.

Formula 1 has announced plans to become carbon neutral by 2030, well ahead of Honda’s planned target. Asked how that could be incompatible with Honda’s goals, Yamamoto said Honda and F1 are “both moving in the same direction.”

“However, given that Honda has customers all over the world for its automobile products, its motorbikes and general use products, there was the need for us to move our top engineers at an earlier stage to working on future carbon neutral projects.”