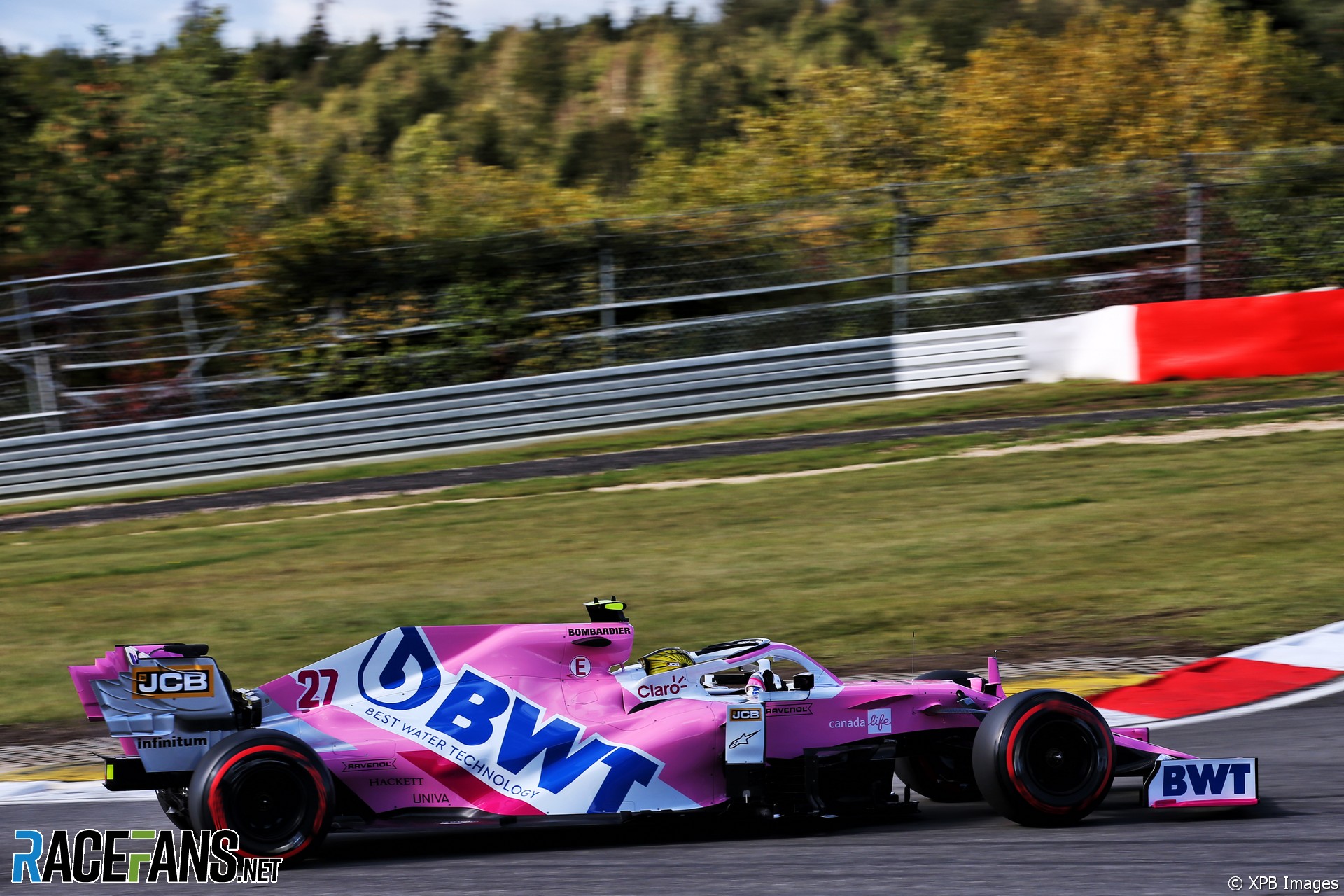 Nico Hulkenberg says his last-minute call-up to drive for Racing Point this weekend was “even wilder and crazier” than his return to the team at Silverstone.

“It was even wilder and crazier than last time,” Hulkenberg told Sky. “I was in Cologne which is kind of an hour from here. I was due to come here this afternoon anyway and do some TV stuff for RTL tomorrow.

“I was sat with a friend having a coffee at 11am when Otmar rang me and said: ‘Hulkenberg hurry, we need you here’. I stepped in the car, came here and the rest is history. You saw what happened now. A 2.0 return in a heartbeat!”

Driving the car for the first time in two months, Hulkenberg was unable to progress through Q1 and will start last on the grid.

“The car has moved on too, a couple of technical bits that are very different and give the driver a very different sensation. So I have to adjust around that a bit and just find my feet again.

“Obviously in four laps that is not so easy. But all in all even though we’re last and quite pleased with the laps that we produced just now.”

Hulkenberg said tomorrow’s race will be “very difficult and a hell of challenge” given his lack of recent experience.

“But we’ll do what we can. Obviously I’ve got the experience the four laps in the pocket now those will sink in and tomorrow we’ll just go race and see what we get.”