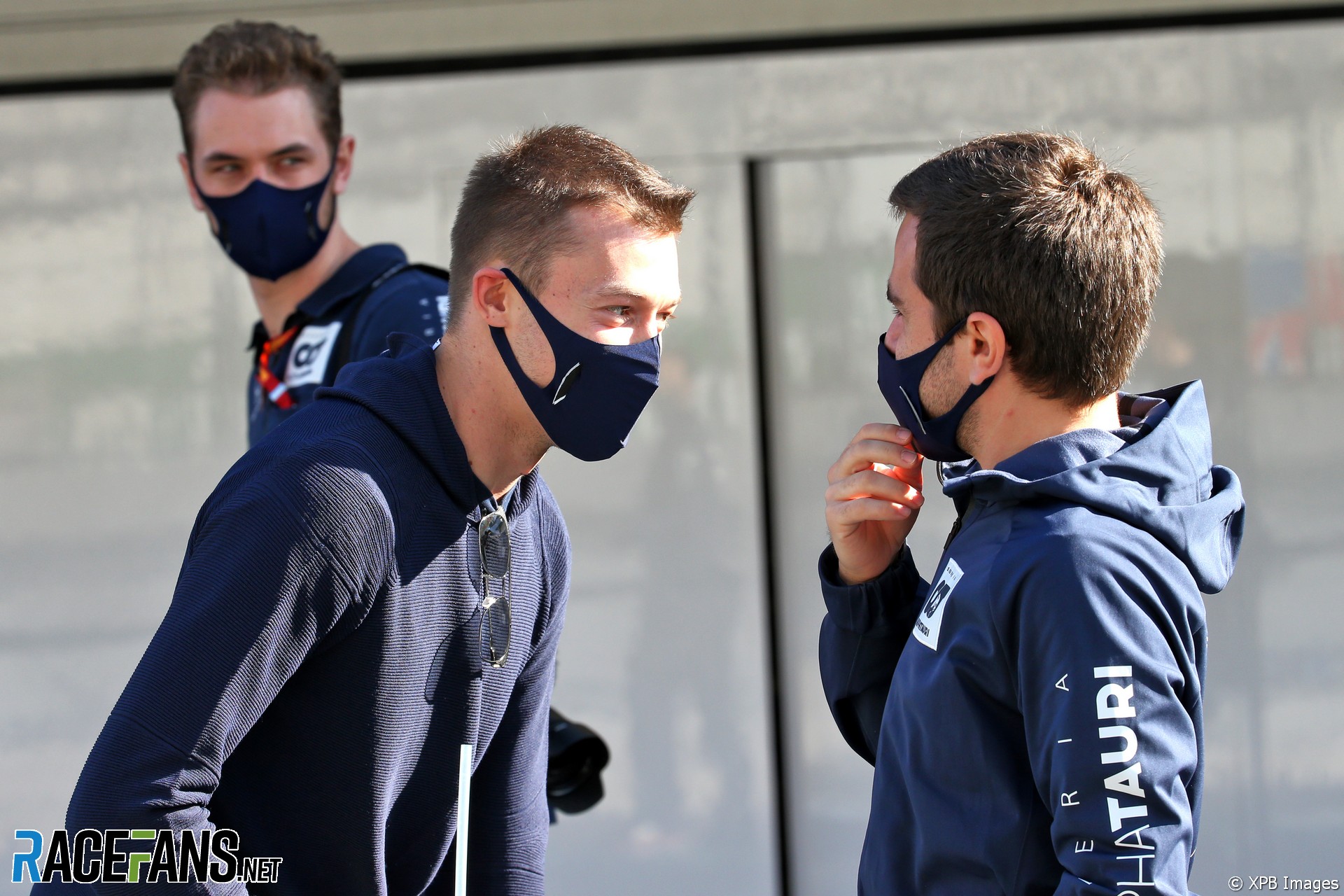 In the round-up: Daniil Kvyat acknowledged he is in a precarious position in the driver market for the 2021 F1 season.

Daniil Kvyat’s season has been marred by some unfortunate luck, most recently at the Nurburgring when he clashed with Alexander Albon, while AlphaTauri team mate Pierre Gasly scored a win at Monza. With Yuki Tsunoda being tipped for a promotion to the team next year, Kvyat faces an uncertain future:

I’m aware that the situation isn’t very easy. And, of course, that there are not very many seats available. But from my side I can only do the best in this races remaining

Bitumen. Asphalt. Vehicle Dynamics. 🤓 We're geeking out about @F1 tyres with Mike, learning all about the crazy amount of work that goes into preparing for racing at a new track! 👇 pic.twitter.com/JJFrKi6OUQ

We are Rosberg Xtreme Racing ⚡️ Joining the new @ExtremeELive we are committed to using our platform to draw attention to the increasing effects of environmental damages 🌎 Follow our channel and be part of our journey ✌️ #RXR pic.twitter.com/Nhh4n8rByW

A post shared by FIA Women In Motorsport (@fiawim)

"The Indy Lights schedule is boosted by an expanded calendar of 10 events and 20 races. For the first time since 2012, the series will return to The Raceway at Belle Isle Park in Detroit, Mich., for a double-header round, and will cap off the year with a West Coast swing at Portland International Raceway in Portland, Oregon, and the season finale at Laguna Seca in Monterey, California, the following weekend."

The best of Radio Lundgaard (Formula 2)

"Teenagers Zionne, Isaiah and Mandi have spoken to Newsround about how racism has affected them growing up. They've also come up with a manifesto about what they want to change, including asking people to break down stereotypes, teach more black history and hire more black people. They enlisted their celebrity heroes, Lewis Hamilton, Nissy Tee, DJ Ace and DJ Sideman, to help get their message out there."

Phil Norman says that financial pressure might be pushing Haas to make changes to their driver line-up but a completely rookie team would be a risk to the team’s longer term chances in the sport:

I just really hope that Haas don’t appoint two young drivers, completely new to F1 just for the extra funding they can bring to the team.

As others have pointed out, this does not really benefit Haas in the long run or the sport as a whole. There has been too much of this in recent years by either choice or necessity. Quite frankly there’s no point in having these teams in the sport if they purely rely on pay drivers unless they are exceptional talents as well. We might even be better off with the better funded teams running three cars. Something I never thought I would say.

I hope they bring in at least one driver with some experience e.g. Perez or Hulkenberg. Perez ticks both boxes as he brings funding as well.
Phil Norman