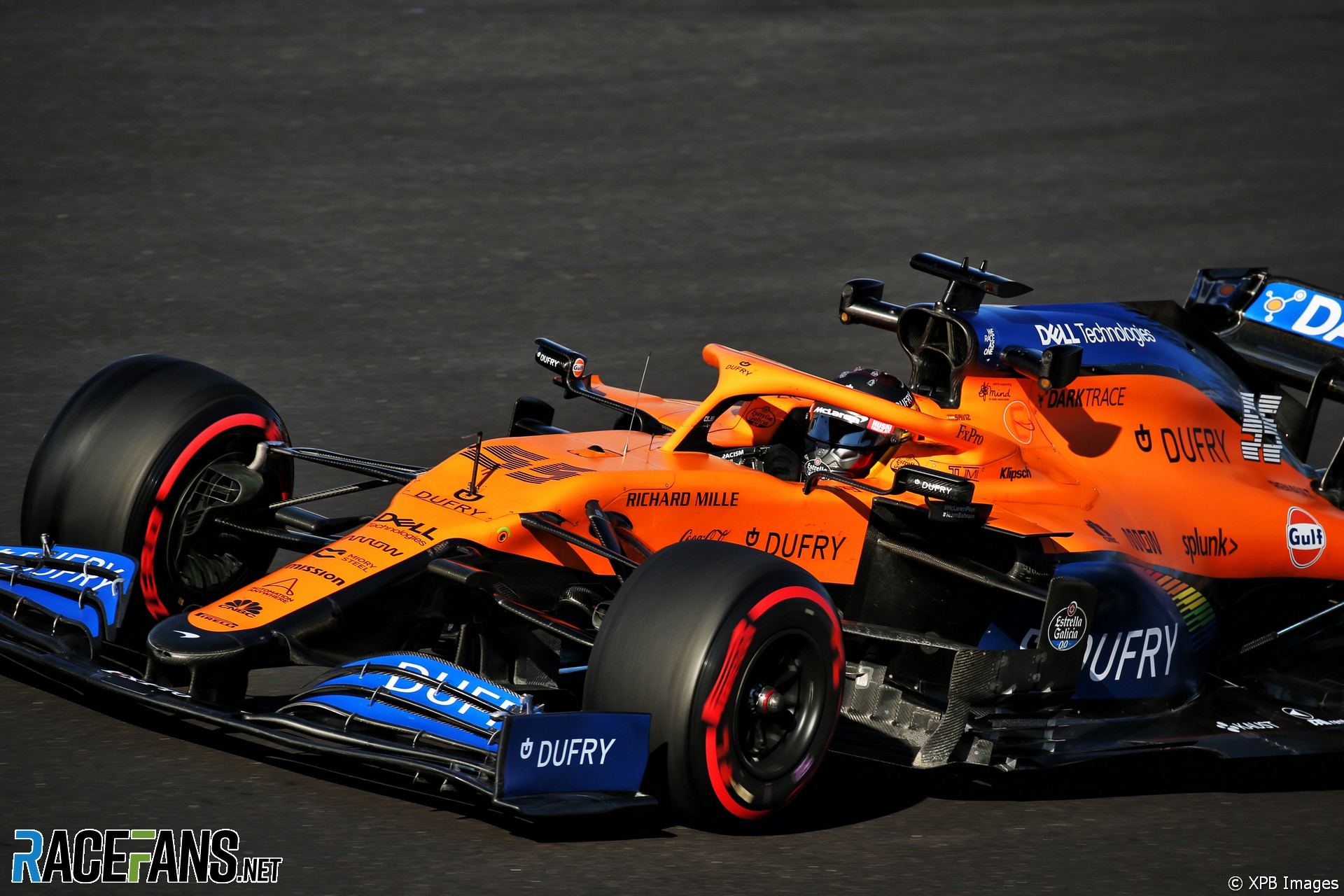 In the round-up: McLaren team principal Andreas Seidl says McLaren will introduce further updates to its car at this weekend’s Emilia-Romagna Grand Prix.

McLaren are currently fourth in the constructors’ title in a narrow fight with Racing Point and Renault, the trio covered by only six points. Seidl said he is confident the team will be in a position to continue to fight for third, after testing new parts during the Friday practice sessions at the Autodromo do Algarve:

Overall I was quite happy with how the weekend went after the Nurburgring. I think we started with a solid car configuration with the new nose box aero concept on Friday. We tested some more updates during Friday, which we plan to introduce from Imola onwards after seeing the positive results.

Then for the rest of the weekend, I think we had a competitive car, which was good. [It] was another confirmation that we have a car to fight for third in the championship. In the end, it will be down to reliability, to maximising the races and making sure you see the chequered flag with both cars. This will decide who will finish third.

"I love that Extreme E is allowing two drivers – a male and a female – and you are going to see that transcend down the small team that we have". @LewisHamilton on @TeamX44.

Presenting the RXR Odyssey 21 ⚡️ What do you think of our livery design? #RXR #ExtremeE #XEGlobalLaunch pic.twitter.com/ml6zUgXgvT

"The agreement expands the existing relationship between the two firms, and will include Aston Martin gaining access to Mercedes technology - including electric and hybrid powertrains - that will form a key part of its expansion plans. In a release, Aston said the deal included 'powertrain architecture (for conventional, hybrid, and electric vehicles) and future oriented electric/electronic architecture, for all product launches through to 2027.'"

"This is a kid from a very deprived background, who is black, and has made it in what is a rich person’s sport – an incredible achievement."

"'For me, it was extremely important to have two drivers who push each other to peak performance. With Lucas and Rene, we have succeeded in doing this brilliantly. Lucas is the most successful driver in the field and extremely hungry to win his second title. Rene has already left an impressive mark in Berlin. We are enjoying his determination year after year in the DTM. I am already looking forward to experiencing it in Formula E.'"

"Initially scheduled to take place in Brazil, the FIA Karting World Championship - OK & Junior has been rescheduled very early in the season in Portugal to cope with the difficulties generated by the COVID-19 pandemic. 177 Drivers are committed to participating in the last and probably most exciting Competition of the season at the Kartódromo Internacional do Algarve from 5th to 8th November 2020."

A difficult single-seater debut and a thrilling title win: the moments that made Jack Aitken (Formula 2)

"That whole year, I was telling myself that these were not the results I deserved and that if I kept working, it would come. It is very hard when you're an athlete in any sport and the results are telling you one thing consistently, but you're trying to hold that self-belief. That day in the Renault was a kick to tell me that I was right to think what I did - that was really important.”"

Racing all the time (W Series)

"Mental fatigue is a bigger issue than the physical side because you are concentrating so hard. I was awake for 38 hours straight before, during and after the race, but it is impossible to sleep because you have so much adrenaline coursing through your body – you always want to know what’s going on and you’re desperate to get back in the car. As soon as the race was over I was destroyed, but I couldn’t completely shut down because I had to drive home the next day – a journey of around 500 miles. Thankfully I wasn’t alone in the car!"

Five facts about the final in Portimao this weekend (ELMS)

"If United Autosports win the Six Hours of Portimão (25 points) or finish second, they will score the highest number of points ever scored in ELMS history. The current record was set by G-Drive Racing in 2017, the Russian team amassing 110 points during the six races held that year."

Ben Needham says the physical and emotional cost of F1’s calendar to staff should be considered, after two triple-headers are included in next year’s draft calendar:

Don’t underestimate the toll it takes on lives. My brother is a mechanic and has found this year (since the season started) to be hard work. he’s enjoyed it, but the triple headers in particular make for a lot of time away from home. Yes, he’s getting to travel the world when most of us are stuck at home. Yes, he’s working in a sport most of us would love to be a part of. Yes, he’s in a fairly nicely paid job when some people are becoming unemployed.

It’s easy to forget though that he’s spent a huge proportion of his time away from his family, his friends, his home comforts. His sleeping is all over the place as he works such long hours. His down time is usually when everyone else is at work. It can play havoc with relationships, health (both mental and physical) and a great many other things.

They’re all his choices of course and he loves it, but it’s easy to look and only see the good bits about working in F1.
Ben Needham