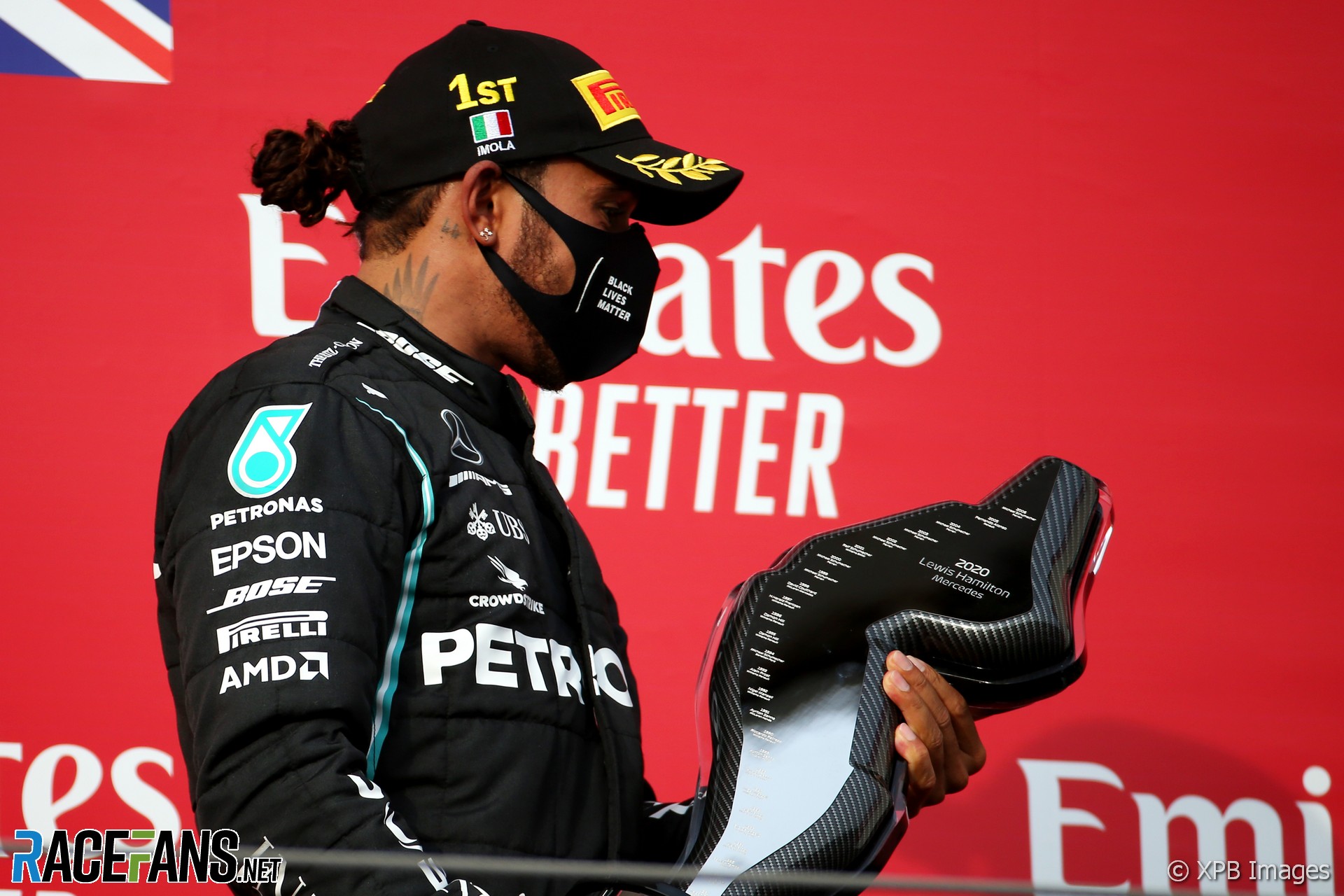 Lewis Hamilton said his trophy for winning the Emilia-Romagna Grand Prix, which features a commemoration of the place where his hero Ayrton Senna died, is one he will treasure.

The trophies awarded to the top finishers in yesterday’s race incorporate a map of the circuit including a diamond to mark the spot where Senna died in a crash during the 1994 San Marino Grand Prix. Hamilton was nine years old at the time.

“We’ve not had a race here for a long time [and] it is where I remember the day when I was in karting in ’94 at Rye House when Ayrton passed away,” said Hamilton. “So to think that we’re here, 26 years later, to be able to win here as he had done many times, yes, the trophy definitely is a keeper.”

“And it felt it had good weight to it so it didn’t feel like a ‘cheapy’,” he added.

Some drivers have criticised the quality of trophies awarded at some races in recent years, particularly those incorporating sponsor logos.

“There was a time when trophies were, from the young days, from karting, little plastic [things],” said Hamilton. “But they’re so special, they all had such a great meaning.

“Then as you get through the categories they would get nicer, they would get more expensive and you got to Formula 1 and they were so stunning. But then we went through a patch where they really did a cost-cutting scheme and we had some really dodgy, really flimsy trophies, those ones did not survive the time.”

23 comments on “Hamilton: Senna diamond trophy for Imola win is a “definitely a keeper””