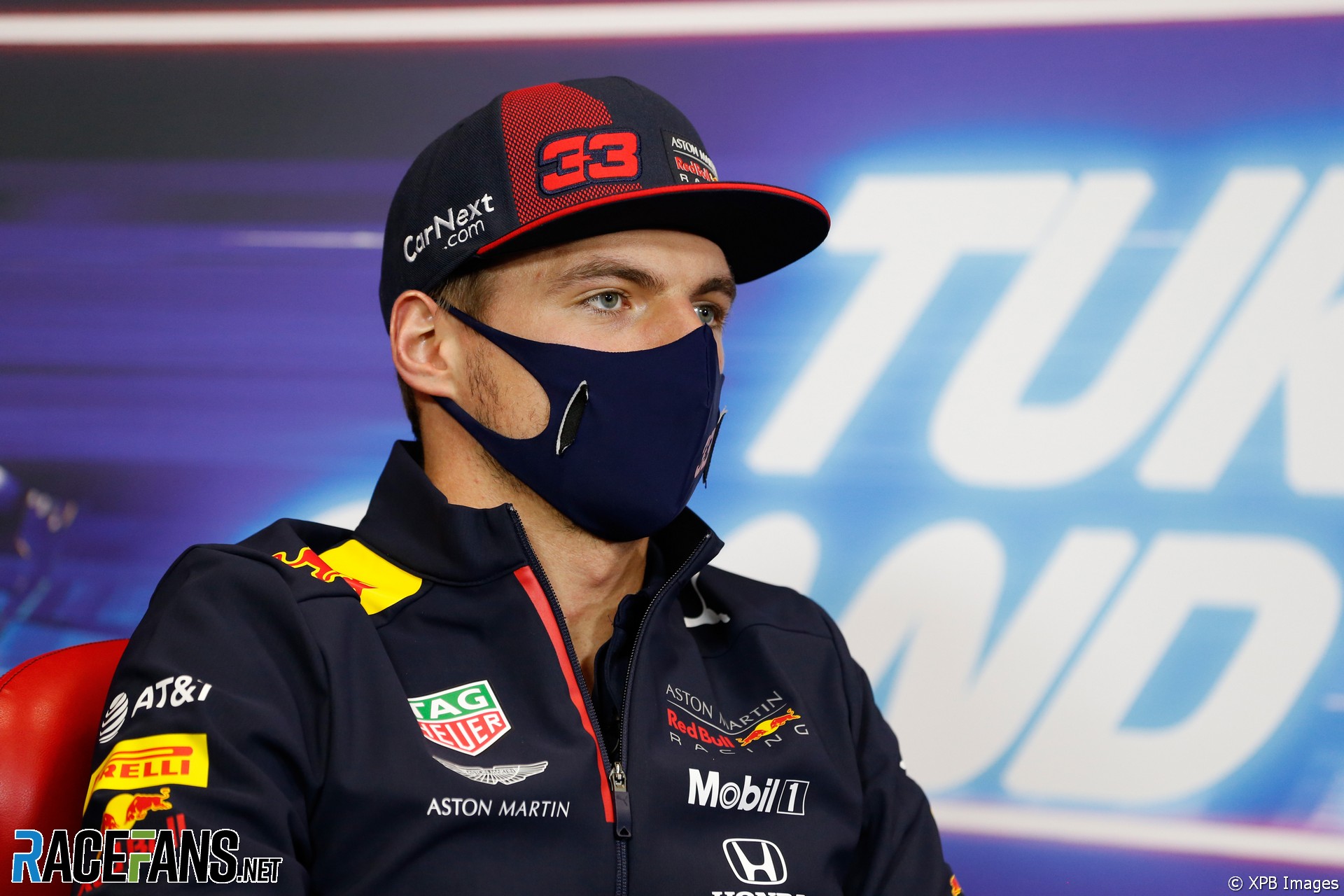 Max Verstappen says Formula 1 should remove some of the current rounds on the calendar to make way for more “old-school” tracks like those which were added this year.

Earlier this week a record 23 races were confirmed on the 2021 F1 calendar. The venue of one of those rounds is yet to be announced.

Five new tracks were added to this year’s calendar when it was reorganised following the Covid-19 pandemic. None of those have yet been confirmed on next year’s schedule, but Verstappen said there are several he would like to return to.

“We have had a few good races. Portimao was cool, I just hope we have a bit more grip if we would ever come back there.

“Imola was nice, I think the track was very old-school. Nurburgring I also enjoyed so there are actually a few which could replace some grands prix we have on the calendar.”

Verstappen said any new races should come at the expense of venues already on the calendar.

“I would go for Imola,” he said. “It’s a bit more old-school, you are running with some corners all the way up to the gravel so if you would go too wide you’re off. Mugello was nice as well.

“But like I said it’s better to remove maybe a few of the ones we have now and then add these back in.”

The continued expansion of the calendar has prompted fears it may reach saturation point and some fans will be unwilling to watch so many races. However Sebastian Vettel said he is more concerned about the effect the long schedule will have on team members.

“We have a large following, not just on track, but also on on the screens. And at some point, obviously, you saturate and people probably don’t want to see another Formula 1 race on the weekend.

“But that’s not for me really to think about. I think far more important is whether the teams will be able to make 23 races because it’s quite a bit of an effort. It’s not just the one and a half hours you see on the Sunday, it’s a lot more work behind the scenes.”

Vettel added he hopes the championship is able to begin as planned next year if the pandemic can be brought under control by then.

“The other [thing] even before that is what type of beginning of the season we will have and how long the situation around the pandemic will last. I think that will dictate also next year’s calendar and probably at least the start of the season.

“But we all hope that by then we are back to normal, people are allowed to come to the races, et cetera, and we can focus on the racing again.”

15 comments on “Verstappen: F1 should drop some tracks to make way for “old-school” circuits”